A chapter in the book The Gardens at Weatherbury 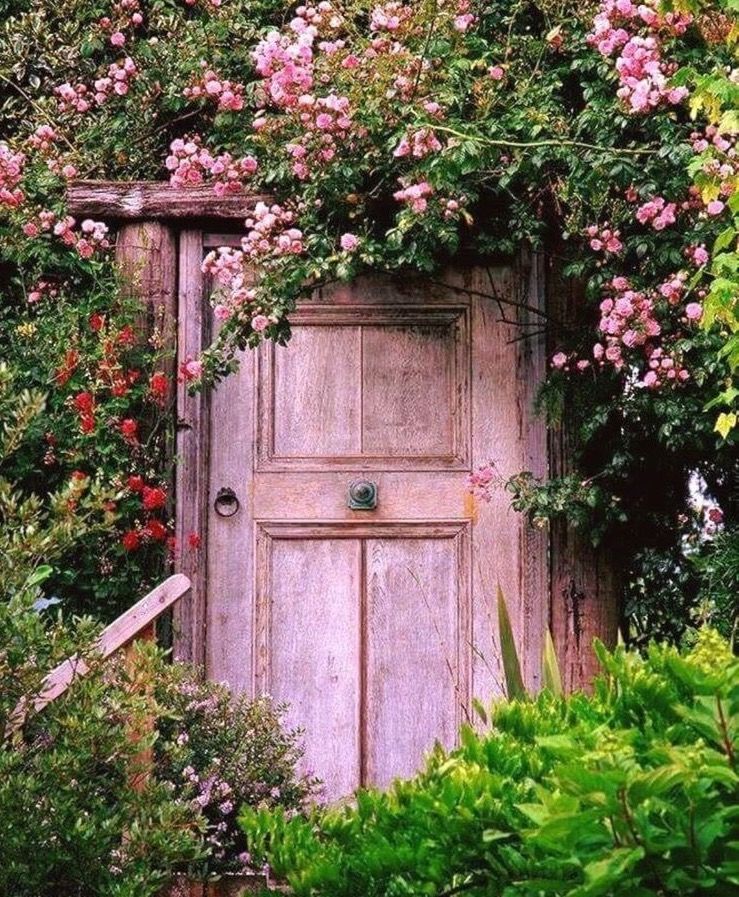 After introductions, including myself to Rosalind by way of my ‘petting’ some of her branches and her bestowing a ‘lucky rose’ for my t-shirt pocket, I was finally able to unlock the shed. As I pushed the door open, Constantine scooted by me and disappeared into the darkness.

Cool, damp air rushed out across my face.  I strained to see into the blackness but was startled when I heard a ‘crash’. Constantine began spouting some exclamations in an unfamiliar language.

Before he could answer, I felt two of Rosa’s larger branches brush across my back and push me, hard. I stumbled forward across the threshold.

“Hey!” I shouted at her, trying to regain my balance when, suddenly, a faint glow filled the entire space. I could see!

As my eyes adjusted to the much-dimmer-than-sunlight ambience, Constantine emerged from a jumbled pile of flower pots. He was sputtering more of those indistinguishable words under his breath.

“'Bout time!” He pinned me with one of his piercing glares as he continued to brush himself off and snuffle. “Climbing on these here containers is dangerous! Been asking G-Trash for years to make that pull-cord long enough for me to reach.” He clambered onto the ornate, two-drawer filing cabinet, straightened his hat, and emphatically placed his hands on his hips. On his newly-acquired pedestal, he was almost my height. “And I’ll be thanking ye if you would do just that, Groundskeeper Nicholas.”

I had begun looking all around when he mentioned the light cord, but I was unable to visually locate one. In fact, I didn’t see any light source.

There was the big mess of pots and containers Constantine had knocked over and, of course, the cabinet on which he stood. There was a desk against another wall complete with some sort of eerily luminescent vine growing out of the top drawer. The vine had crept along most of the wall there. Here and there, were small, disorganized piles of equipment, bags, and other assorted junk. Intriguingly, I couldn’t see the back wall because the light faded before that…

“What cord?” As a last resort, I looked up, but the only thing there was a huge collection of cobwebs. I looked back at him, put my hands on my hips, and frowned. “For what light?”

Constantine’s entire countenance changed. He dropped his hands, arms hanging loosely, as he looked up and around as I had just done. When his bright green eyes met mine again, a huge grin split that time-worn face.

“Weeeellll, well! Would you look at that!”

I looked all around once again.

I cocked my head, not really understanding. Constantine removed his hat and gave me a quick bow of his head. Then he started some funny dance, arms swinging as he wiggled in a circle and sang.

“And our Gardens are gonna shine again!”


'The Gardens at Weatherbury' is a collection of 500-word chapters about young Nicholas' continuing adventures as Groundskeeper to the unique gardens at the fantastical Weatherbury Estate. You can find the Prologue and Chapter One in my portfolio (they, too, are only 500 words, folks!). ;)

Thank you so much for reading me! ;)


Image of 'Image of 'Secret Garden Door' from Pinterest [www.pinterest.ca]