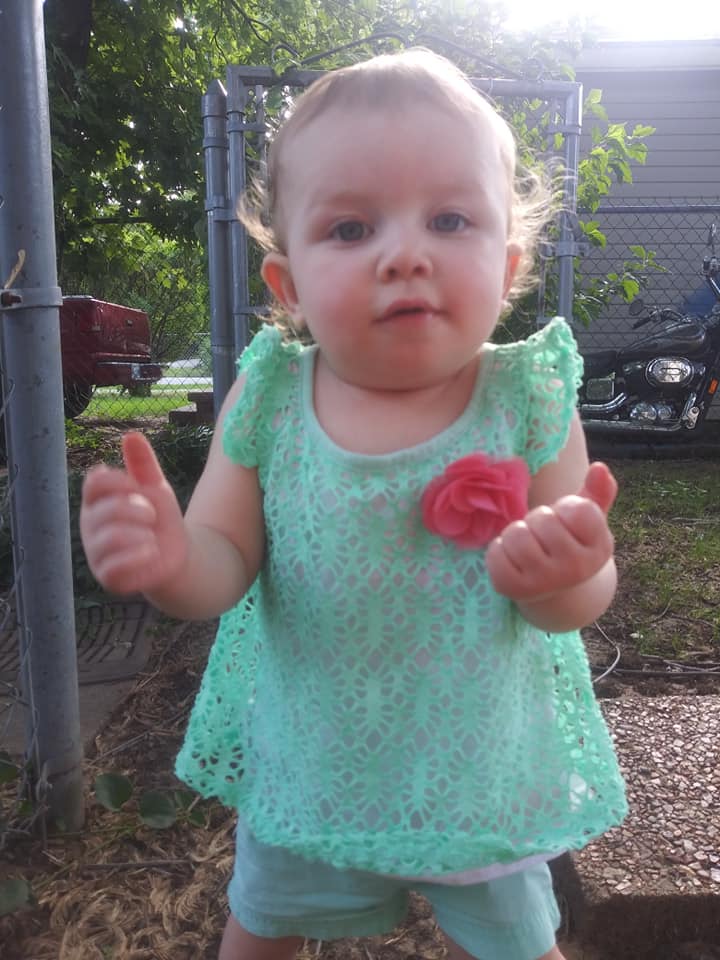 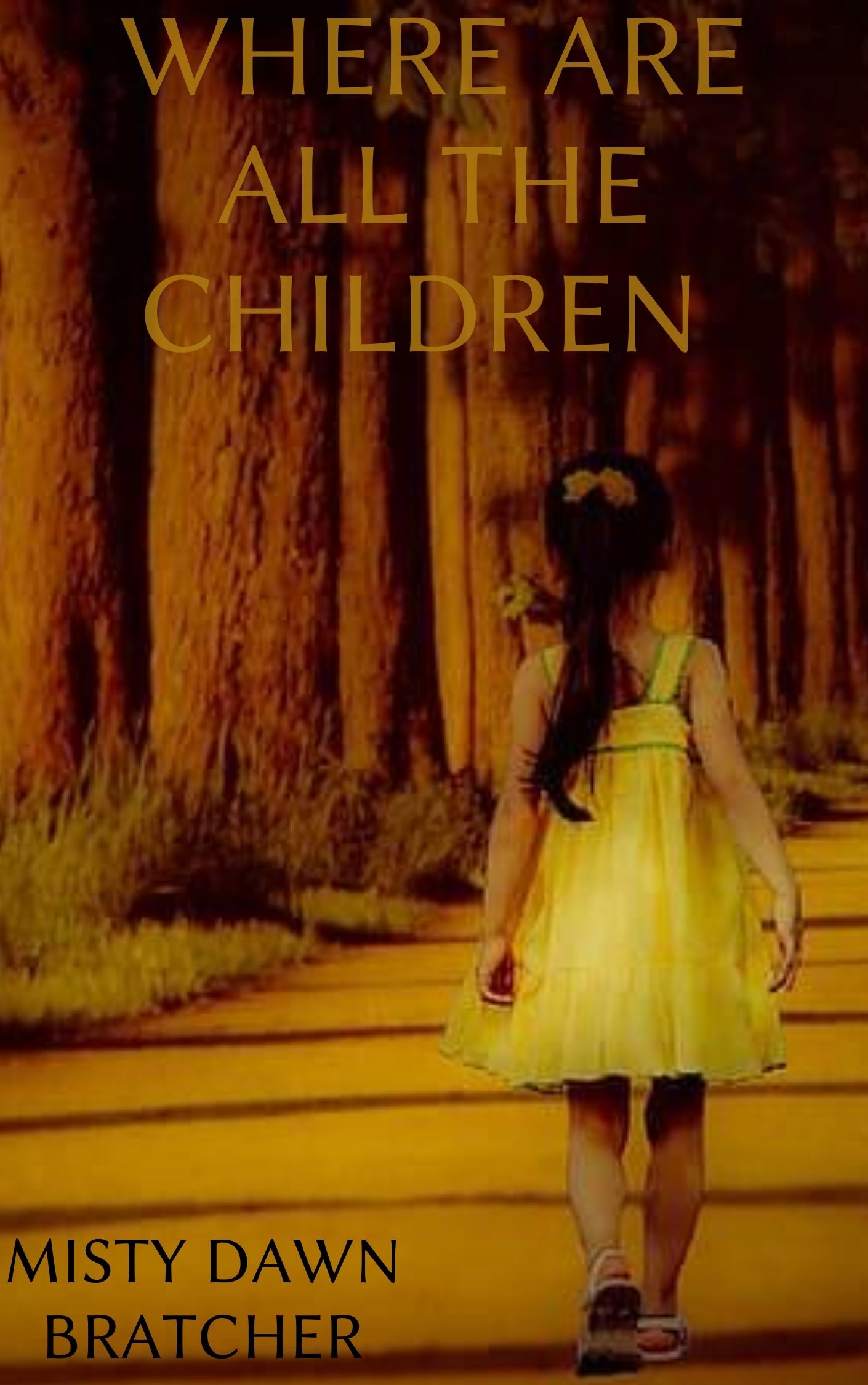 Anna glances towards the teary crowd. She wipes the moisture from her face and continues. "Alejandro and I had our share of ups and downs. I often became violent in our heated debates; a release of years of pent-up rage. When I felt like he was getting too close, I'd say or do something to push him away. I built a wall around me to keep him and everyone else at arm's length away.

"Fighting the negative voices in my head was a daily challenge. I had to keep reminding myself I'm not what they claim, that I'm worthy, I'm enough. I even posted reminders on the wall." She sniffles and says, "I still have them up today.

"Alejandro asked for advice on ways he could help. The doctor suggested a support group, ideally with people who's had similar experiences. With a lot of convincing, the two were able to find a few volunteers. I didn't want any part of it at first. I was afraid they'd shame me like they had in the past; blame me for what happened to those men. With a lot of encouragement, I agreed to go. I soon realized I wasn't alone."

A picture of a group of women pops up on the screen. Anna looks at the photo, smiles, turns towards her audience, and says, "Although their stories were different than mine, the horrors they faced were just as traumatic."

A long, awkward pause fills the room. Some ladies stir in their chairs, while others fiddle with their hands. each wishing they were anywhere but here.

Isabella, a fiftyish Latino woman, finishes braiding her long, jet-black hair. She flips the thick braid over her shoulder, glances around, exhales, and then stands. Her long, slate-blue dress is a simple, old-fashioned design. Its high neckline and free-flowing pattern hide her body well. When asked about it, she'll say, "The men can't want what they don't see." She smooths out the worn material and begins. "My nightmare started when my stepfather moved in with us. I was six at the time. Everything was great in the beginning. Then he started sneaking into my room. His nightly visits became more frequent and longer each time. He'd teach me things a young child shouldn't know." Images pop up in her head. Shivering, she pushes them aside. "He started pimping me out a few months later." A disheartened look crosses her face when she gazes across the crowd. She shakes her head and solemnly says, "I've been traded like a commodity ever since."

She sits down. Luna, a haggard-looking thirty-three-year-old, takes her place. Her shoulder-length brown hair is fastened at the nape of her neck. The woman's pale color and the deep-seated wrinkles make her appear a lot older than she is. "My horror began the day I was released from prison. I know that might sound odd to some. You probably think my nightmare should've begun the day the bars slammed to, but prison life was nothing compared to the living hell I called a life." She glances at the floor. Tears filled her hazel eyes. She looks up and says. "I fell into the wrong crowd at an early age. Mom did what she could to straighten me up, but nothing worked. Having enough, she kicked me out. This led to numerous dealings with the law. At the end of my last stint, I started receiving letters from someone who claims he was a family friend. He said he knew about my situation and wanted to help. I was skeptical at first, but he mentioned things I thought only someone close would know. I later found out the information came from my arrest record. He started putting money into my account to buy a few things, and he sent me letters twice a week. This went on for over a year.

"When it was getting close to my release date, he offered me a place to live; a beautiful mansion in the burbs. I thought I was living a dream, but that quickly changed. At the end of my second week, he said I needed to pay off my debt. The money he'd given me in prison and what it took to pay off my fines. He threatened to kill my family if I didn't comply."

Lucinda, a sixteen-year-old, freckled-faced redhead, clears her throat as she stands. "I was twelve when my nightmare started. My pimp was a kid from down the street, pretending to be my boyfriend. Being rather plain and a little on the heavy side, this was a new experience for me. I was willing to do whatever it took to make him happy, even if it meant sleeping with random men. He'd often say things like, if you love me, you'll do this for me, or this is a way to prove your loyalty to me if I was hesitant.

"The men started getting violent, and the occasional John ended up being four or more a day. I tried to break it off. He threatened to show my family lewd pictures of me and then post them on the web. I knew their public image would be shattered if they got out." A heart-wrenching expression crosses her face as she relives the painful memory. She pushes the horrid images aside.

"I don't know why I cared since they obviously didn't care about me. My parents didn't once question where the money or the fancy clothes came from. They didn't say anything when I went out at odd hours or when I came back drunk or high. I doubt if they even noticed." Tears stream down her face. She wipes them away, looks at the others, and says, "I can't tell you how many times I wanted to scream. "Open your damn eyes and look around. Realize your baby girl is drowning. That her soul, her will to survive, is being ripped to shreds right before your eyes. I knew what'd happen if I said anything." She dries her face and continues. "I can't tell you how often I wished they'd put their arms around me and tell me they loved me, that it'll be alright."

Heart-wrenching sobs echo across the room. The three youngest in the group glance at each other. Juliana, the fourteen-year-old, squeezes her friend's hand. She and Victoria stand. Juliana begins. "I was heading to school like I do every day." She tugs her friend's hand.

The blond head, blue-eyed ten-year-old says, "I was on vacation with my family in Florida."  She glances at her friend for reassurance and then continues. "I went to get a soda and never saw my family again." Victoria relives the horrid day in her mind. She then recalls how she nagged her mom until she gave in. She tearfully adds, "This wouldn't have happened if I hadn't wanted a pop." She sits back down.

Juliana addresses the group. "Someone grabbed me and pulled me into a van. I was taken to a massage parlor and was told I either do what I'm told, or they'd kill me and use my baby sister instead. "Like Isabella, I've been moved from place to place. Each worse than the last." She sobs. Drying her face, she says, "I want to see my family again, but I don't know what they'll think about me or if they could love me, knowing what I've done."

Juliana glances over at her friend. The eight-year-old shakes her head. "Come on, Gabby, you can do it."

Tears fill her young, sad eyes. She glares at the girl and cries, "I don't wanna." She leans towards Isabella.

She pulls the child close and says, "Gabby lost her parents a few weeks ago, so she needs all the love and support she can get."

Drying her eyes, Gabby sniffles, sits up, and says, "My family was shot trying to cross the border. Family Services sent me here." Throwing her arms around Isabella, the young girl bursts into tears.


I lack compassion
A philosophical poem

Pays: 8 points. and 72 member cents
Copyright © 2000 - 2022 FanStory.com. All rights reserved. Terms under which this service is provided to you. Our privacy statement.
top
You Have No Rank
Share 4 posts to be ranked.