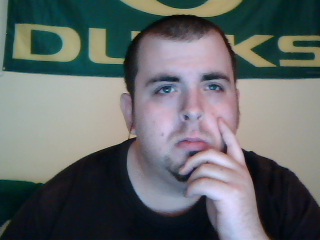 He's been known by various other pen names/accounts here on fanstory in the years he's been around FS; some of them include: Aggie, V.J. Johanne, Montie/Montivellie Montmormancy, Hyruko Shad'ishi, et al.

He is a struggler, sinner, gentleman, and fighter -- a twenty-something college student who's just getting through life from day to day.

He is a Bachelor's of Arts seeking, Electronic Media and Cinema Stuides double major; who has a a double minor in theater and digital arts. He would like to get his Master's degree in Film Production and art.

His life philosophy is live and let live. He tries his hardest to not judge, but alas, he is human. He believes in love, happiness, peace, and the best of what we (humans) are capable, to him, that is the supreme being. Above all, he does his best to just live a good life.

He's widely considered to be a nice guy. Horribly shy, and generally awkward socially, he promises that he's working on it.

Other than going out and socializing, he likes to read, write, sing, and many other things. When it comes to socializing, he's content more often with just hanging out with his friends and do whatever. Be it a pick-up game of soccer, dinner, movie, whatever. He also is a fan of billiards.

He's stubborn, practical, and hopelessly weak willed when it comes to his heart; he's really just a big softie.

He enjoys humor and making people laugh; he's been told that he's funny and he often resorts to sarcasm and wit.

He is always, always creating, and usually thinking. This seems to set him apart from his age bracket.

Art, natur, acting, Filmmaking/Cinema, and Music are his passions, and he is rapturous and committed to finding his niche in those areas. When it comes to filmmaking/cinema, he loves it all: film noir, action, horror, comedy, so on and so forth.

He also has an interest in photography; his artistic grandmother once said,"If it stands still...capture it."

He loves to write, and is here for that. He usually sticks with general fiction, sci fi, fantasy, poetry, scripts, and the like.

"If you choke a smurf, what color does it turn?"~Unknown

"We're puzzles, the trick is putting ourselves together."

s what got me here, alone and without you. I lost you forever because of it. No, no fear, no being scared."

My "In Progress" scripts:
Lindenwood ~ A modern drama about a father and daughter, and the
Colorado ~ An pre-1850's western.
Avalon ~ A future, sci-fi galaxy spanning search for The Truth.

My books (In progress or otherwise):
Silence and Solitude ~ My memoir, and recollections.
After the Red Sun ~ A man's journey in war, and thereafter.

"Your life, your love. Live it, and love it." ~My friend K
"I love acting. It is so much more real than li

30
more posts until the next milestone.