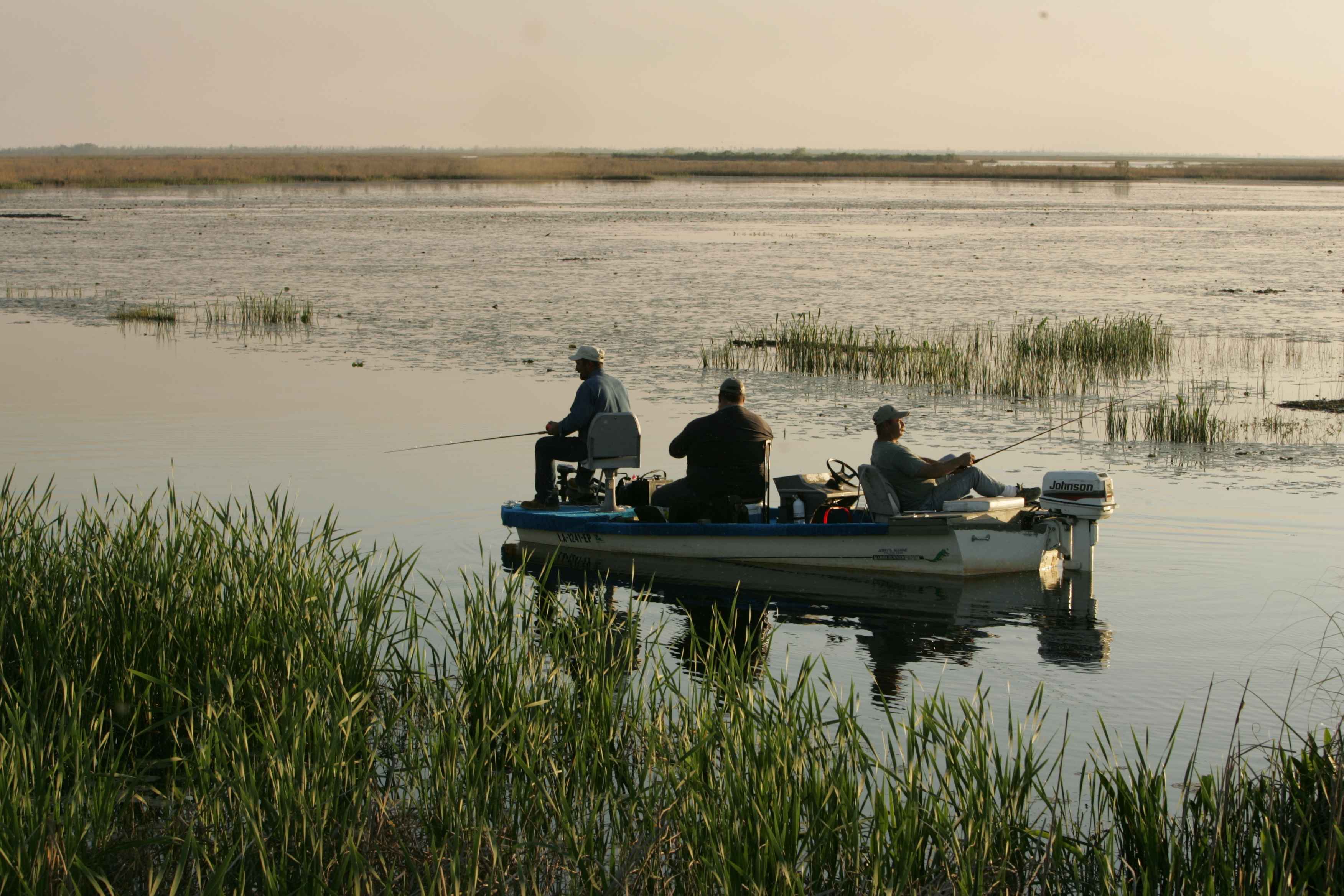 We had been planning this trip for months. We were going to drive
for eight hours to go fishing on Lake Michigan. Ted and I pulled up in
front of Joey's house with the boat in tow. We honked the horn and a
couple minutes later his wife opened up the door and yelled, "He'll be
there in a minute. He's finishing something up on his computer."

About ten minutes later he came out and loaded his fishing gear on the
boat and jumped in the back seat of my truck. I said, "Are you ready?"

He answered, "You know it," and we took off.

About fifteen minutes into the trip I was explaining to the guys how much
hassle it was remodeling my new kitchen. Joey wasn't responding to anything
I was saying. When I turned to look at him, he was playing on his dumb
phone. So I said, "And that's when we caught Bigfoot." When he didn't say
anything to that, I knew he wasn't paying attention. I jerked the wheel of
the truck and yelled, "AAAHHHHHHH!" That got his attention.

Joey dropped his phone and screeched, "What?"

Ted and I had a good laugh. Ted said, "You're not going to be on that
stupid phone this whole trip, are you?"

"No, I was just checking something."

We reached our destination and just before I backed into the boat launch
I told Joey to get ready to tether the boat to the dock. He said, "Okay,
hang on just a second." Here he was on his phone again.

"Come on. Get with the program."

He put his phone in his pocket and climbed in the boat and tied it to
the dock. I parked my truck and joined them in the boat. I fired up the
engine and told Joey to untie us. I'll be damned if he wasn't on his phone
again. I threatened, "I swear I will throw that phone right in the water if
you don't stay off of it. Now, untie us and let's get going."

After a half hour we found the perfect spot, tossed out the anchor, cast
out our lines and got ready for the action. A couple minutes later I got
the first bite and he was a doozy. I fought with him for nearly 20 minutes
to get him reeled in. It had to be at least an eight pounder. Ted, too, was
battling a fish on his line. When I got my fish close to the boat I yelled to
Joey, "Grab the net!"

With his face again in his phone he said, "I'll be right there."

My prize-winning fish snapped the line and it was gone. I threw my pole
down and stood right in front of him. I yanked the phone out of his hand
and hurled it into the sky. Joey cried, "STOP!" But it was too late as we all
watched it splash into the lake.

"What's your problem, Mike?" he bellowed.

"I had a story written for a contest that's in the booth and I was just
checking the votes."

"That stupid poetry site! Are you kidding me?" I just shook my head and
turned around in disgust. I couldn't look at him anymore. The three of us
sat in silence for a half hour.

Then Joey asked Ted, "Can I borrow your phone?"