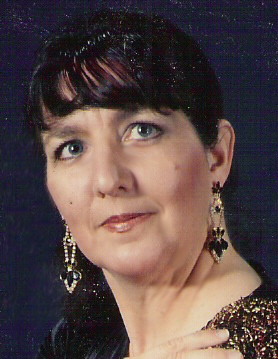 A Texas gal, Sherry has lived in central Texas most of her life - though she reluctantly admits to living in Ohio for about 18 months with her first husband. After moving back to central Texas, she met and married her current husband, Bill. Even afte - more...

It started out as a simple chase.

The Beast In The Barn 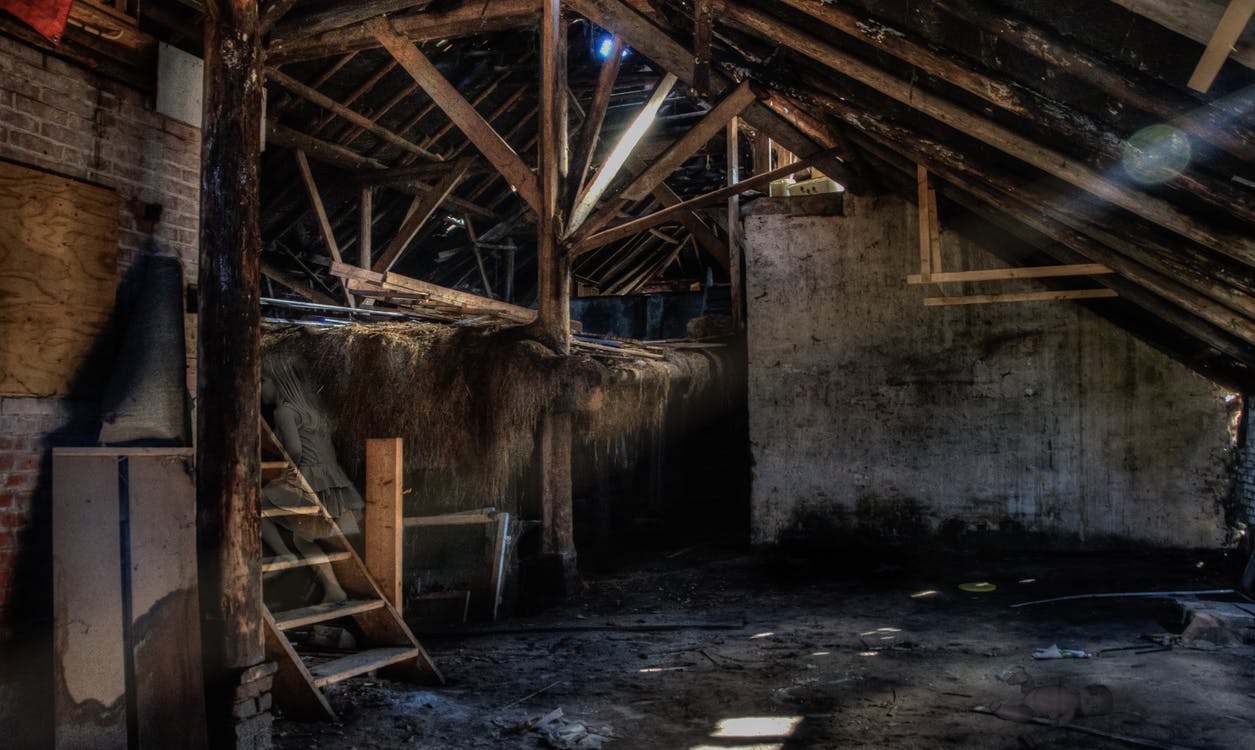 Tongue lolling from the side of his mouth, Gus looked back at me, turned and kept running. I stopped long enough to get a rock out of my shoe and then began running after the dog through the darkening dusk.

I had been chasing my fuzzy, four-legged ditch witch for the better part of three hours. During the course of our run Gus had chased about two dozen cats, treeing some of them, chasing a couple of them under a house and a couple more under their owners' cars. It's not that Gus is a bad dog; he just likes to chase cats. He doesn't even want to hurt them -- for him, it's all about the chase. We'd also run past the animal control officer once, but as soon as he realized it was Gus and I was on hunt to retrieve him, he shook his head, smiled and drove past. I'm sure he'd gotten a call from one of my neighbors. But since this type of chase happened a couple of times a month and I always caught the dog and took him home, the officer tended to cut me a bit more slack than he did some of the owners who didn't even bother to try to keep their mutts in their yard.

Gus generally confined himself to our neighborhood, but of course I generally just followed him in the car until he began to tire, then pulled up along side him, opened the passenger side door and told him to load up. He's always grateful to jump into the car where he gets to rest his weary feet while I drive him home. But tonight, my husband had the car at work and so we were hoofing it. And maybe that's why Gus was expanding his turf, leading me a merry chase into a part of town that I was not familiar with, where the roads were becoming increasingly narrow, dark and rutted. I tripped and as I went down I lost sight of Gus. When I got back to my feet, I realized he was nowhere to be seen.

This was an older neighborhood, bordered by farmland. The houses sat further apart and the trees were bigger and older. A house here and there had barns or outbuildings sitting toward the back of the property, some of which were not in the greatest of shape -- listing to the side or with holes in their roof. This was an area with lots of places for a dog to hide until he found another cat to chase, lots of people who didn't know us and who I didn't know. Probably a lot of folks with guns on the property. This was not someplace I wanted to be chasing my dog in the gathering darkness.

"Gus! Get your butt back here, right now!" I hollered, hoping he'd actually listen for a change.

A man stepped out on his porch and frowned.

"Lost dog," I explained, "About this big, black and fluffy, kind of Husky-looking mutt."

Frown deepening, he shook his head and stepped back inside, slamming the door harder than he needed to.

"Asshole," I whispered under my breath.

I caught a glimpse of the dog about half way down the block, terrorizing another cat, while a squirrel chittered at them from higher up in the tree.

He looked my direction and while he was momentarily distracted the cat leaped from the low hanging branch and took off across the lawn. Gus whirled and bolted in pursuit and I lost track of them as they cut around the corner of one of the most rundown houses I guess I'd ever seen.

Peeling paint and a sagging porch were the best parts of the house. One of the steps up to the front porch was splintered and a piece of wood stuck up like some medieval spear on a littered battlefield. Another of the steps was just missing, leaving a gaping hole. Half of the windows were boarded over with plywood and a couple more were cracked but had been taped together with grey duct tape, reminding me of a giant spider web. Light shown through the thick layers of dirt, letting me know that, surprisingly enough,  someone actually did live there. I was trying to figure out whether I wanted to brave the steps and knock on the door or just chase the dog through the yard and hope I didn't get shot when I heard splintering wood and the sound of Gus yelp.

No choice now - I followed the sounds of my troublesome companion to see what trouble he'd gotten himself into this time. His initial yelp had been followed by the noise he was making moving around in the rubble, sniffing and then barking at the cat. I saw, as I rounded the corner into the backyard, a broken-down, abandoned barn at the back of the place.  There were large holes in the roof and one of the walls was partially caved into what was left of the structure.  Just great!

Dodging my way around the trash that littered the overgrown yard, I silently cussed the day I'd rescued the mutt, at the same time hoping he was just scared and not truly hurt. There was the sound of more scuffling inside the dark structure and I stifled a scream as the cat Gus had been chasing almost tripped me -- running back past me like a bat out of hell; fur bristling, tail stiff and hissing to warn me to steer clear. The dog was nowhere to be seen but I could hear him, still in the barn and apparently unable to get out of whatever hole he had fallen into.

"Gus, hang on, buddy. I'm coming." I glanced nervously back over my shoulder to make sure I was not in the crosshairs of the homeowners' rifle and stepped into the barn, wishing I had a flashlight. What little light came through the holes in the ceiling and the wall did little to penetrate the interior of the barn.  And with the sun going down, the place would soon loose what little light there was. "Why can't the roof have blown off of THIS one?" I thought? There wouldn't be much more light, but anything was better than the grey-black shadows I found myself peering into.

Gus continued to whine and scramble around further back in the shadows. I cautiously inched forward, feeling my way, hoping that the floor would not give way and dump me in the same hole that Gus had obviously fallen into. Gus' whining grew louder and then gave way to growls. I could tell his efforts to escape were becoming more frantic.

"I'm coming, boy, I'm coming. You've really gotten us into a pickle this time, haven't you? Did you have to fall into this old guy's storm cellar or whatever the heck this is?"

At the sound of my voice, he broke into a volley of barks. And then more growls.

It also seemed I could hear something else moving around at the far side of the old cellar... something heavy that slowly worked its way through the debris that littered the floor. Its breathing told me it was big; certainly bigger than the dog, and bigger than I was. And as it got closer to the dog, Gus was becoming increasingly terrified; totally unlike Gus.

I could see the edge of the hole in the dark and realized that the dog was not that far beneath me. When the floor collapsed beneath him, the timbers had fallen onto an existing pile of rusting tin cans and trash.  Gus had managed to crawl to the top of the stack of rubble, even though he could not get all the way back up to ground level.

I might, if I lay down on the floor, be able to reach down and grab his collar and pull him up.  Maybe... Maybe I could reach him, maybe I could pull his 65 pounds up out of the hole without falling in myself.  And maybe I could do it before the hulking shadow I could now see in the darker reaches of the cellar could make its way to where we were.

I lay down and inched closer to the edge of the hole, reaching down into the pit of shadows toward the dog. I looked across to see that the beast of the barn had made it about half way. Gus was on his hind legs, howling now, trying to get to me and away from whatever it was coming for us. He was frantic and his claws dug into my arms as I tried to reach around him to get a good hold. I tried to tear my gaze away from the approaching beast and calm the dog so I could save us both. But I was beginning to see how huge the creature really was and my own terror was mounting.

Gus was not making it easy and the beast was wheezing now, its excitement building as it began to get closer. I could smell it -- a filthy, rotting odor wafting ahead of its body. And now I could see it clearer too. There were multiple eyes, six of them at least; glowing, green and slitted . And dozens of thick tentacles, writhing, getting ever closer to the dog and I.

I made a last frantic grab for Gus and managed to get ahold of a leg and his neck, tugging him with all my strength. He dug his claws into the rotting wood he was standing on and managed, with my help, to scramble up onto the barn floor beside me. And then he was gone -- running for his life and howling, howling to alert everyone of the demon that was behind him.

I struggled to my feet and whirled to follow him... and felt the thick cable of one of the beast's tentacles wrap itself around my waist as it yanked me backwards into the hole.

The last thing I heard was the dog's retreating howls.


Hope this gives you the shivers. And I hope that Gus doesn't get out of the yard anytime soon. After this, I may be afraid to follow him.
Pays one point and 2 member cents.


© Copyright 2022. sherrygreywolf All rights reserved.
sherrygreywolf has granted FanStory.com, its affiliates and its syndicates non-exclusive rights to display this work.
Don't miss one of our own....
Read Kaiku