Sometimes ya just gotta work it out by yourself...

Did You See That? Contest Winner 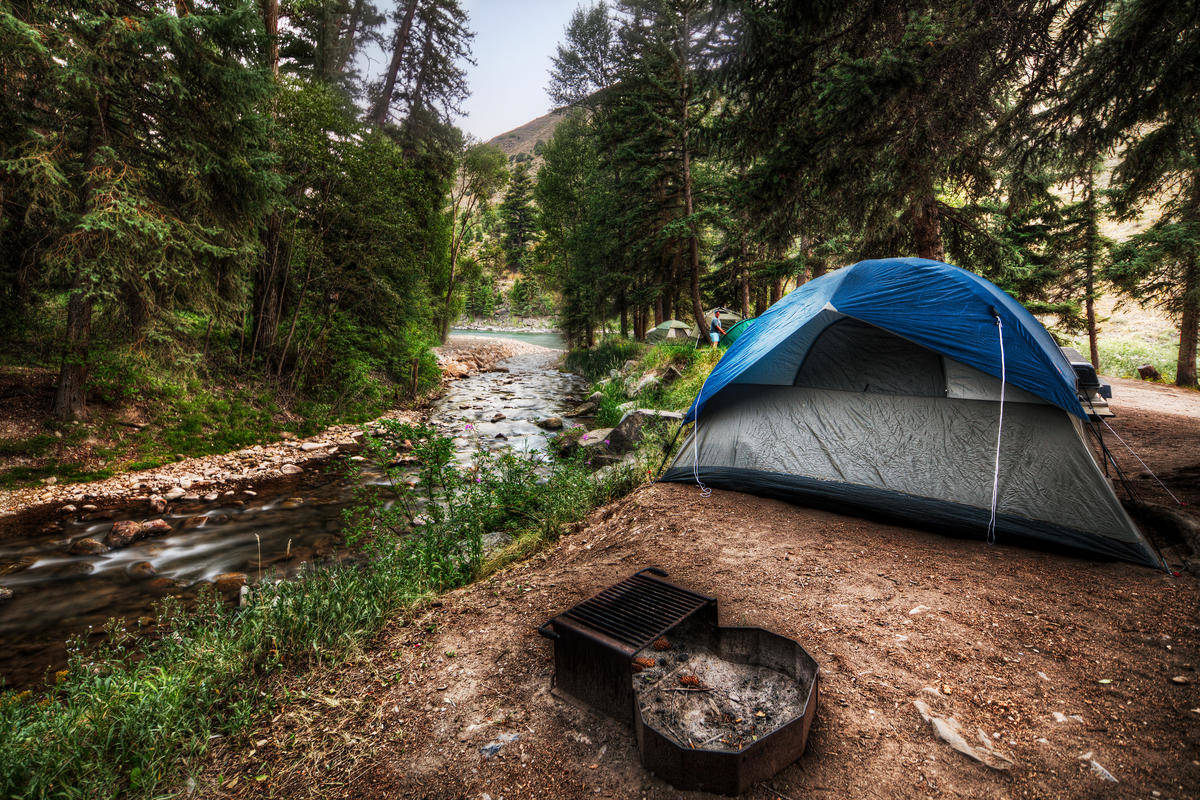 Dustin sighed. And he didn’t turn to face me this time.

He went silent. The tent seemed to breathe heavily all around me as I listened for another noise. The only constant sound was that of the stream just outside the tent entrance.

“No. You didn’t, Babe.” This time he rolled over in his sleeping bag, clearly annoyed. Nevertheless, I could tell he was using his ‘patient voice’ with me. “There’s nothing out there but the damn creek.”

He rubbed his forehead – yep, definitely trying to remain calm. God, I loved this man! Then he took a deep breath and let it out.

Another pause. This time, he reached over and touched my face.

“Please, try to get some sleep, Love.” His voice began to trail off. “For both our sakes.”

I sighed. Dustin was right. I had been working extra hours both in the courtroom and in the office since my partner, Rachel, was on maternity leave. Then I’d lost my mind and signed a sequel deal with the publisher of my first book without a clue as to how to frame a sequel. Oh, and the draft outline was due next month. What is the old saying, a mess of my own making? Yeah, that’s where I was: exhausted and without a freaking muse. Ugh.

I lay there until I heard Dustin’s breathing transition to a light snore. I extricated myself from the sleeping bag and slipped on my hiking shoes. As I slowly unzipped the tent flap, I watched Dustin’s face for any sign that the noise was disturbing him. I backed carefully out the doorway and reversed the zipping process. When I stood and turned around, I saw we weren’t alone.

Across Bedford Creek – all ten or so feet of its width – was not only another tent but another lady. Although she stood in the shadows, I could see she was about my height. Her tent looked identical to ours. Go L. L. Bean!

I nodded my head in acknowledgement, and she did exactly the same… at the exact same time. That really didn’t register as odd until I raised my arms to put my hair in a ponytail, and her movements precisely mirrored my own.

And so did she.

Keeping my hands over my head, I took a step toward the stream on my right foot. Oh, yeah. She stepped forward in time with me… with her left foot.

As we both brought our other foot forward slowly to stand straight, the moonlight shone on her face, and I gasped.

No! My mind screamed even though I remained silent. But, as I lowered my arms from completing my ponytail, I knew there was no denying it.

Because she lowered her arms in perfect synchronicity with mine.

She was my reflection!

I cocked my head to one side and then the other. Uh-huh, she was right there with me. The weirdest thing, though, was that I wasn’t freaked out. Okay, maybe I was, just a little, but it was definitely not freaked-the-hell-out like it should have been.

In fact, curiosity got the best of me, and I – er, we – stooped down, picked up a small stone, and tossed it across the creek. Her stone and mine met in a bright flash and both disappeared.

But the instant the last words left my mouth, two things happened: I realized she didn’t say them, and she shook her head just in the slightest. In fact, I could make out a small grin begin to blossom.

I raised my left hand as a test. She accurately mirrored the action. I blew out a breath, but this time, so did she. Frowning, I glared across at her. Instead of returning the glare, she raised an eyebrow and smirked. I couldn’t help it: as surreal as this whole thing was, I chuckled.

“I’m so tired,” I said, plopping my butt down on the soft grass, “I can’t even think up what to do for a dumb book plot.”

She followed with the same ‘plop’ on her side of the stream, and we both began tugging up the grass one blade at a time. But she didn’t speak – only looked across at me, waiting. Patiently.

Probably why I don’t have any patience – you and Dustin have it all. The thought made me smile inwardly. Surprisingly, she grinned and nodded once as if she knew exactly what I was thinking… and agreed with it.

“The trial’s going okay, ya know?” I began. “That’s my focus these days. Ms. Weir deserves my best defense because that insurance company screwed her over.” I looked up to find her hands still pulling grass in time with mine, but she was listening intently. In fact, she nodded in agreement, so I continued. “Most of Rachel’s cases were litigation, so Tommy’s been great. Think we should offer him a permanent position after law school.”

Another nod of agreement.

“But this book...” I blew out a long breath. “Why did I sign that damn contract?”

She raised both eyebrows and pursed her lips. It was that ‘well, it’s done now’ look my mom used to get. Oh, no! Was I starting to look like my mom? She smirked and nodded, reading my thoughts again. I snickered.

“I got Janie pregnant at the end of the last book cuz, you know, who’s gonna want to read anything else I write anyway, right? Well, guess what? They do! And she doesn’t – that means I don’t – even know who the father is…”

I was off and running now. And she listened. I told her the subplots involving Matt and Stephen and about Nick’s dog that bites Janie when she’s on her way to buy a pregnancy test. It seemed we – okay, I – talked for hours.

Eventually, my mind started to get foggy... And at some point she tossed a stone across the creek. It landed right in front of me. Don’t ask me why, but as I yawned heartily, I stuffed the thing in my pocket. I was so tired that an important fact didn’t occur to me: she threw the stone at me. It seemed my mind had unloaded all logical thought, and rocks or reflections didn’t matter anymore. My body wanted to sleep. We both curled up on our respective grassy areas, and I watched her eyes close with mine.

Then Dustin was brushing the hair back from my face and kissing my cheek.

“Hey, Babe.” Damn, my man had the best morning voice. I swear, if you could bottle it, you’d be a millionaire. “Rise and shine. I’ve got the car all packed, and I’m taking you to breakfast.”

I rolled over, trying to get my bearings straight. He’d broken camp?

“Did I sleep out here all night?” I reached for a hand up.

He chuckled and pulled me to my feet, brushing the grass off me.

“Guess the fresh air was good for you. Hope you had sweet dreams.”

I held onto his arm as we walked and tip-toed up to kiss him.

“Yeah, I guess so. Although the dreams were kinda weird...” We continued in silence toward the truck. “Dustin, I’m sorry I–”

He pressed his fingers to my lips.

“No apologies. You got some sleep.” He opened the truck door and ushered me in. “That was the reason for this over-nighter, remember?”

I went to buckle my seatbelt but felt something hard in my front pocket. As I withdrew the rock, I realized there was writing on it. My handwriting…


Nick would be a great dad.

I laughed out loud in disbelief.

Dustin buckled himself in and started the truck. I squeezed the rock in my fist, a huge grin plastered on my face.