As dangerous as it is necessary...the goal is to survive!

Mission for the King 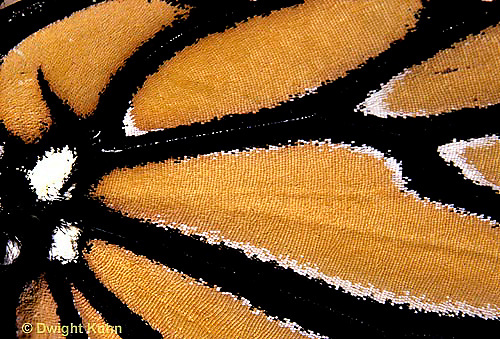 Chapter One - Emergence
It’s a shock, those first few moments. There’s no other way to describe it. After managing to maneuver out of the hibernation pods, the glaring light and the shear enormity of what you’re up against finally starts to sink in….

This is it: reality.

First, the inventory. How many didn’t make it? Communications are that we’ve lost four during the sleep. Seems one had a failure within the pod – the sight is not something any of us rush to observe. Best leave it be; we won’t be coming back anyway.

One pod had simply vanished. How could that be? But we’re too tired to ask, too tired from the exit struggle and the new equipment with which we are now burdened. We have to concentrate to ready ourselves for the mission launch in a few hours.

Still another pod seems to have opened prematurely, the corpse beside it dry and brittle to the touch. An early emergence guarantees death as the atmospheric temperature has not yet been fully adapted for our physiology. Our equipment is advanced, but it’s no match for bitter cold temperatures.

Finally, after many adjustments to our gear and stretching to ready our tired bodies, we are prepared to depart. We march to the launch area, past the last of our comrades that did not make it through the big sleep. We turn our faces away, some out of disgust some out of respect, because the body has been mutilated:  a leg and bits of flesh clinging to its equipment lay about in tatters.

There is another, lagging behind. His gear is crooked, one side of it damaged. He limps forward looking for aid, for something. But we do not have extra equipment. There is no back up apparatus. There was but the sleep space in each pod, that was all. Sadly, he tries to keep up, but two of the others push him away, off the ledge and into the stream below. He is gone.

We are the front line. The guarantors of our survival. He would only hinder our chance of success. Neither he nor the other dead matter.

It is go time.


Chapter Two - Zero Hour
Glancing around, we get a feel for the members in the group. We all look the same in these new uniforms and flight mechanisms. Of course, it’s more than that: they’re flight suits – the one thing to keep us above most of the danger as we make our way to mission destination.

We know this is the calm before the storm – that we are about to enter a minefield of danger the likes of which we have never seen nor could ever imagine.

A gale-force wind comes up and we fall into lock-down positions, drawing the flight suits low to the ground. All except one: she must have forgotten, been slow on her response. We watch in dismay as she is carried away without warning: her death imminent, her screams silent.

But we have no time to mourn. The mission must proceed.

As the wind dies down, a dark shadow overtakes our formation. It is one of the large birds of prey of this world. We knew of them, but the reality is terrifying. We huddle and move hurriedly toward final countdown.

The mission launch command flows through the ranks as the huge bird dives, pulling out one nearest me. The beak rips through his gear, severing him in two.

Not stopping, we continue to scramble toward take-off when two members become joined, their equipment tangling with one another. Their struggle ends with half of one’s flight apparatus being torn, her body falling back to the ground. Without warning, the unimaginably large predator – his mouth already full – turns in flight and dives to grasp our fallen comrade in its talons. Although not close enough to hear it, it is evident her body is crushed. But we do not look back. We cannot look back.

And the unit takes flight.

Chapter Three - Deadly Detour
We are not sure exactly what to expect, but we know it will not be easy. We group together, strength in numbers.

But then, rain. It is a rain larger than we had ever imagined. The drops are gargantuan. We are not prepared for rain while in flight. The signal comes through the formation that we are heading for the tree line. Before we reach it, a comrade takes a direct hit from one of the drops and is immediately driven into the rough terrain below. Swallowed up in the water there.

We power toward the tree line. I do not know if we lose more than the one, but our numbers seem somewhat diminished as we huddle up to await the rain’s ending.

Suddenly, a large amphibious creature lands in our midst. Something slaps the ground beside me: it’s tongue!

I dodge to the left, but the one who was on my right got his equipment snagged by the tongue and was gone before I could blink.

Oh, horrors! The huge thing ate him! The creature just sits there on all fours, pieces of our comrade’s gear hanging out of its mouth. Then, it half-hops, half-lumbers forward – one of its large, brown-green appendages squashing another comrade to death.

Panic slowly begins to seep through the ranks. This is the second predator we have encountered, and we have no weapons! There was no extra storage room in the pods…

Another of us tries to maneuver away from the disgusting creature. She is bombarded by a stray raindrop, the force driving her into the mud. Other panicked members begin stampeding, their frantic motions trampling the fallen further into the mud until her struggles cease. Her and her equipment make the perfect footbridge through the puddle for the others escaping the unbelievable tongue of death.

This world, this life – it is a nightmare. It is full of nightmares. But we must continue. Our mission is clear. And, as the rain ceases, we ready for a second launch.

As we take to the skies, a stiff breeze brushes through the ranks, hindering the lift-off of one whose gear had been damaged in the panic. Without the ability to fully control his equipment, he is blown into a large web beside us. Before anyone can think to help, a massive, eight-legged beast appears in our periphery and makes its way down the web to our trapped comrade.

Chapter Four - Destination
The flight is long. The minutes drag into hours. How is it that we are still functioning? Yet, we push on.

However, some cannot. One further up the group from myself – either from equipment failure or exhaustion – falls out of the sky. He is lost to our sight before we know it. Did he scream? I don’t know. I am too far removed in my current location.

But the mission destination is finally in sight. Our formation bleeds altitude as we are on final approach. Flying lower than ever before, we curve over a field of colorful, moving objects.

As continue lower, the objects grow larger. I realize they must be alive: more strange creatures, it seems. These are quite noisy as they can be heard over the passing air. Sharp noises that lilt and flow – a communication of sorts. Unexpectedly, I am knocked off my flight path as a white blur passes swiftly downward just to my right.

The one next to me is encased in slivery netting and yanked away. I see other such white flashes appear ahead and in my periphery. Knowing the results of the swiping will surely lead to death, our group struggles to gain altitude until we have passed over the danger. But I know the one nearest me is already lost. Lost to the netting, he will never fulfill his mission.

A strange hum fills the air. There is motion off to the side, a large object heading this way. I pull up, but the one just below me is not so lucky. The object sails just below me, splattering her body across its surface. Gone in a flash, as if she were never there.

But I have no time to ponder the event. The vortices within the air stirred by the object’s passage wash us to and fro and against each other. I recover, but I see another angle uncontrollably into a huge, yellow diamond. It is unforgiving as he brushes the edge, his gear ripped from his body. Another one, gone.

But here, finally: our goal. It is here!

We can land and take stock of our numbers and our surroundings. Perhaps find sustenance.

We stretch our legs, allow our equipment to re-charge along with our other systems. The two in front of me turn around, their focus behind me. I look behind me, following their gaze. There, near where we landed, a larger comrade has found a dark puddle and begun drinking.

We all rush toward him – parched from the long journey. Just before we reach him, he begins to spasm, his body thrown to ground in convulsions. We turn and walk away.

Poison. The water was poisoned. But the rest of us need to find water, so there is no time to waste.

We must regain strength to complete the final phase of the mission.

No time for regrets. Success is here, within our grasp.

Chapter Five - Mission Accomplished
We are comfortable in this new location. Here, we have found food and even joy. Some have begun to seek out partners, myself included.

Oh, life is certainly not without continued danger. The birds of prey – some colorful, some black as our body color – are here. There are amphibious creatures as well: some similar to the first we encountered, others very different. But we are always on alert: the birds we can see, the others we can smell.

There are also a sizeable green beasts with large eyes on a narrow head and large front legs. They seemed slow at first observation, but, as the unsuspecting female down the branch from us discovered, they can be quite fast. And quite deadly.  The sight of the green demon tearing her in half was truly awful. We are now wise the dangers of mantes, too.

But our numbers are dwindling. Just this morning, our mission leader passed. She had a good life, so her death was not mourned. She laid over three hundred eggs before her time expired.

In fact, my female just finished our second ‘laying’ this morning – the total now well over two hundred. Though none of us will ever see our offspring. Such is the way it is. The way it has always been.

Our mission was a success. We have guaranteed the survival of our species.

The Monarch, king of the butterflies, will return next year.


If you didn't figure it out until the end, go back and re-read it... it's fun with the different perspective. ;o)


If you would like to learn more about the Monarch Butterfly and its life/migratory habits, here are a few links to check out:
https://www.monarch-butterfly.com/
https://monarchlab.org/biology-and-research/biology-and-natural-history/breeding-life-cycle/life-cycle/