We may have a tendency to over-think things... 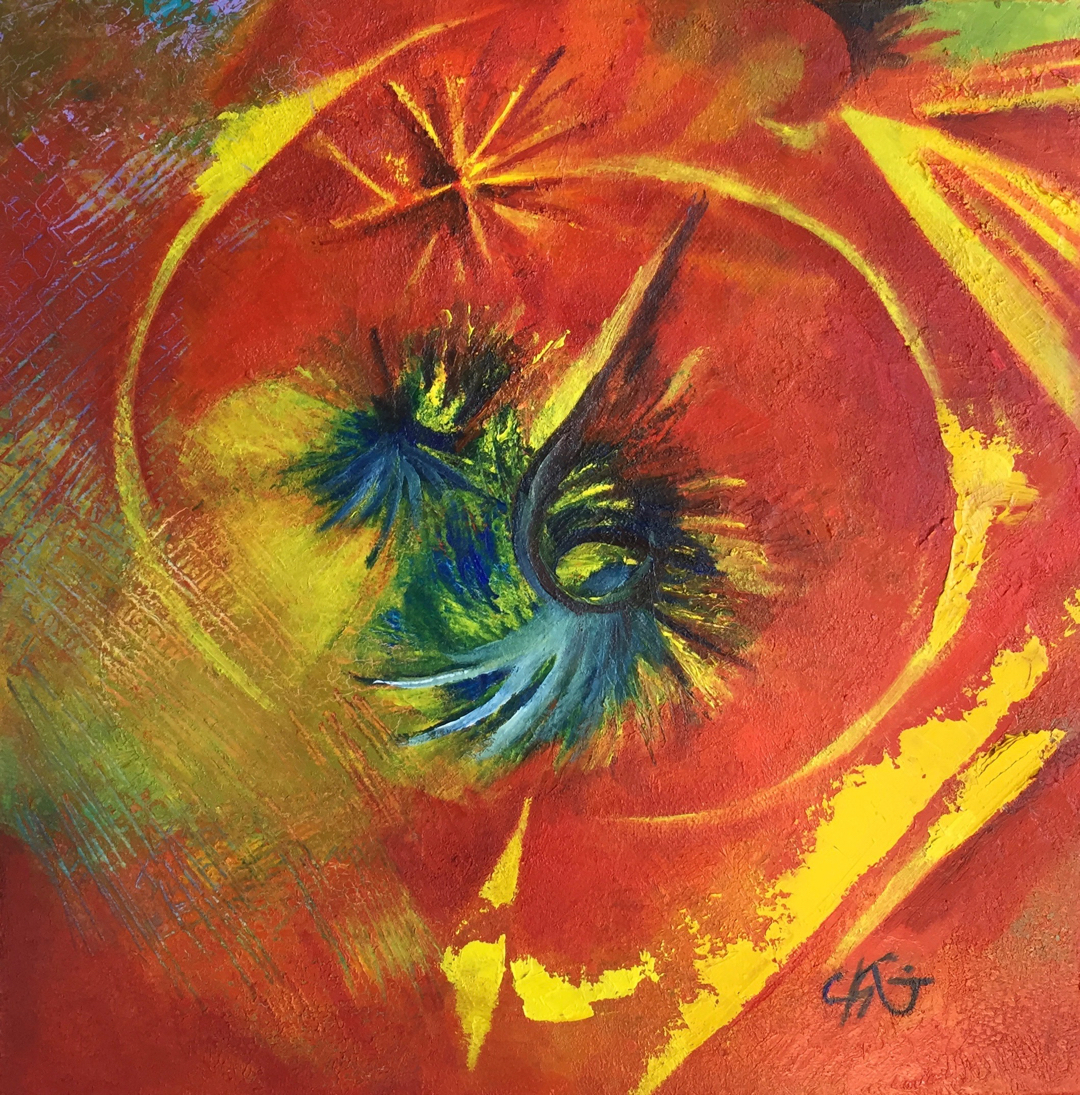 The door slammed, echoing down the long hall. The sound startled me as it seemed early for Jameson to be leaving.

Nudging the twins aside, I gently positioned the covers around them and hurried to the bedroom door. I leaned out to see if he had maybe run out to the car and would be right back, but then I heard the engine start up.

Oh, no! Had he left without a kiss? Or a touch of his warm fingers on my face as a silent farewell? Looking back one last time to assure myself the boys were fine where I had left them, I hurried toward the front room. I sat on the window seat there just in time to see him backing out the driveway...

And my heart broke. I felt a whimper rise up from inside me, and I pressed myself close to the window as if to will him to remember what he had forgotten: to say good-bye.

But as the car reached the street and turned to disappear up the road, I pulled away from the large glass and sighed. Resting my head on my hands, I lay there for quite some time, thinking. Well, thinking and remembering.

Years ago, he would never have dreamed of leaving without at least a quick kiss good-bye. I huffed out a bit of a chuckle as I remembered many times when I knew he’d been late for work because he couldn’t keep his hands off of me. I could even hear his voice in my head.

“Ahhh, my beautiful Nichole, you drive me crazy, you know that?”

Oh, I knew it all right. I knew exactly what moves would really get his attention. In fact, one of my favorite ones was to parade in front of the television – wearing only the necklace he’d given me when we’d first moved in together – while he was trying to watch a game. He would pretend to object, but all it took was one of my ‘looks’ and, perhaps, a nudge between his legs and I could tell he was a goner. But then I would seal the deal with my special kisses, and Jameson had been putty in my hands.

The sound of one of the twins whimpering snapped me out of my melancholic reminiscing. Had things changed that much between the two of us with their birth? I lifted my head just to be sure I had heard the noise – sure enough, it must be time to feed them. If one was awake, the other wouldn’t be that far behind.

As I walked back down the long hallway, I tried to reassure myself that Jameson must have had a very good reason for leaving so abruptly. Perhaps there was an emergency meeting. After all, it was tax season, and he was the lead accountant. I remembered how we had celebrated his promotion with a special steak meal – I was so full that night, I could hardly get into bed! Come to think of it, I had actually fallen asleep on the couch, and Jameson had carried me to bed.

I stopped mid-step as I could almost feel him run his fingers through my hair and whisper, “Goodnight, beautiful.” I sighed at the memory.

Paco whined again, and my feet were moving on their own.

I knew it was Paco because Jean Paul hardly ever complained, even when I knew he had to be getting hungry. I’ve decided that he doesn’t bother because Paco complains enough for the both of them. Funny how their personalities were becoming evident even at two weeks.

I couldn’t help but linger as I stopped to look at my precious boys. So small and still slightly wrinkled – I knew how much they meant to Jameson. He’d said as much on many occasions…

Suddenly, I realized something:  every time Jameson had said that about the boys, he’d said the same or more about me! Maybe he really was just running late this morning, and he would explain later. Maybe I was just having a bit of what the doctor had called post-partum depression. Oh, goodness, I hoped so because I hated feeling like this!

Kissing the boys and nudging my way back into our bed, I settled in so they could eat, and I could rest. All that worrying must have tired me out because I was asleep almost instantly.

I was awakened by the sound of jingling keys and the door opening down the long hallway.

That was Jameson’s voice!

I nudged the boys away and ran to the bedroom door, looking down the hallway. There was Jameson, squatting down to my level, his arms open wide.  I ran as fast as my little Pomeranian legs would carry me and leapt at him.

He fell back against the door as I went right for his face, kissing him as much as possible so he would know just how much I loved him. That I was so sorry I doubted that he loved me. Jameson laughed the whole time, unable to get a word in edgewise.

“Sorry I left in such a hurry this morning, girl. I didn’t want to be late for the shareholder meeting of a prospective client.”

He patted me again and stood. I followed him back to the bedroom so that he could take off his tie and check on the boys. I danced a bit more before helping him arrange their covers and ran to retrieve my leash near the bedroom door.

“Good idea, girl!” He reached down and took it from me. “We’ll go for a walk and come back and celebrate my landing the biggest deal our company’s ever had. How’s that sound?”

I tried so very hard to stay still as my Jameson fastened the leash on my necklace. When I heard it latch, I yipped at him, because that sounded like the best idea I’d ever heard.


Notes:
-- Because of their size, Pomeranians have an average litter of 1-4 puppies.
-- Twins' names are from some makers of top-selling fragrances for men: Paco Rabanne [fragrance is called '1 Million'] and Jean Paul Gaultier [fragrance is called 'Le Male'] and, yes, Jameson named them. lol!