A 'What Happens After Dark' Contest Offering

What Happens After Dark Contest Winner 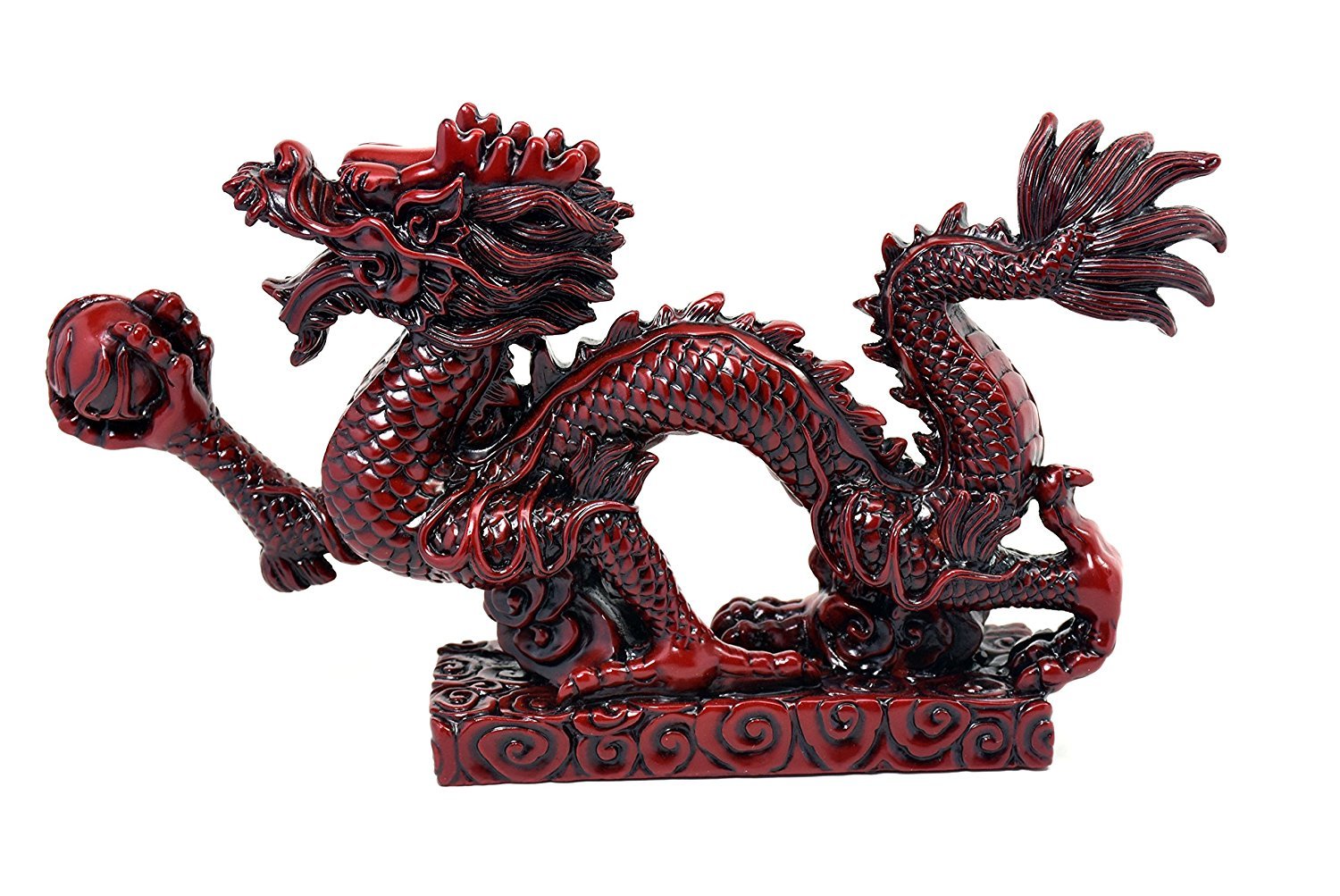 It really was the most gosh-awful dragon statue I’d ever seen. Its inlaid ruby eyes would catch the light and look as though fire burned inside. Oh, and the look on the bearded thing’s face gave me goose bumps. I’d sucked it up, though, and thanked the Chinese president for it. What else was I going to do? As the President of the United States, I couldn’t exactly refuse a ‘gift of luck’ because it was spooky. Can you imagine the headlines in New York and D.C.?

Sure. That’s all I needed. It was bad enough the Chinese media proclaimed that President Zhang Min Ping was a great wizard re-born from  the dynasties of the eleventh century to bring glory back to the Chinese people. Oh, brother.

Let’s be very clear: I refuse to comment on or off the record regarding this matter of insanity. Period.

On a more positive note, the negotiations over the disputed waterways had gone well. In fact, I was feeling quite confident that we’d managed to wrangle the upper hand in the final settlement with nearly all of our demands being met.

And, wizard or not, President Zhang was on an airplane with his entourage headed back to Beijing, presumably to get started on removing some of their military ships from the now not-so-disputed waters. Of course, our satellites would be watching.

Placing the horrid little lizard on the dresser, I got comfortable and busied myself on the laptop trying to get all of my notes and thoughts in order. As I worked, I must have been more annoyed than I thought, because it didn’t take long before a light sheen of perspiration had covered my face and arms. The air conditioner units in the White House were in sore need of updating, but it was nothing a nice cool shower couldn’t remedy.

Digging through the dresser drawers for a change of clothes, I could almost feel those fire-ruby dragon eyes watching me. Nope. I didn’t like that at all. Grabbing a t-shirt, I tossed it over the critter and made my way to the shower.

As I was toweling off, I heard what sounded like shuffling outside the door. I pulled on my pajamas and peeked out to see if Secret Service was doing their nighttime rounds. I didn’t see anyone, but there was an odd smell of heated material – similar to when garments are ironed – lingering in the air. It was so very faint that I didn’t give it a second thought.

I tossed the towel toward the door without much finesse, managing to graze the corner of the dresser. I rolled my eyes in aggravation because I had knocked the dragon off onto the floor. Just not my day, I supposed.

Picking up both it and my t-shirt, I was about to replace them – dragon then t-shirt shroud – when I noticed the brown spot on the t-shirt. Seeing as it was my favorite rainbow shirt, I was not pleased with the fact that the laundry staff spilled what seemed to be coffee on a folded shirt and hadn’t tried to clean it.

I was about to toss the shirt onto the towel for re-washing, when its odd odor caught my attention. I sniffed the stain. Definitely not coffee – more like burnt toast or even burned material of some kind. Huh. My mind still occupied with the document I had not completed, I shrugged it off and went ahead with the toss. And, yeah, I included the ugly dragon, too – it was certainly not going to be a permanent fixture in my bedroom, and tomorrow morning’s laundry pick-up was an easy way to get it downstairs (and out of my line of sight!) permanently.

I worked for another hour or so – that funky, burnt toast t-shirt smell recurring a few times – until I was too tired to focus. I poked my head out the door to let Dan and Eli – Secret Service night shift – know I was turning in for the night.

Stepping past the pile I’d made earlier, I saw that awful lizard glaring up at me from the floor, its eyes practically alive with flames I knew didn’t exist. Like I said, spooky. I kicked it under the damp towel for good measure.

I flipped off the light and hopped in bed. After the past two days of talks and diplomatic posturing, I think sleep may have found me before my head hit the pillow.

But it was not the alarm that woke me – it was the odd feeling that I was being watched. Okay, sure, as the President, I was always under surveillance of one kind or another, but this was my private bedroom.  No cameras.

I opened my eyes and let them roam the room, but I didn’t see anything. Wait – a shuffling noise from the other side of the bed. I started to turn my face in that direction when the reflection of flames appeared on the ceiling.

Letting out a loud yelp, I leapt out of bed. In response, Dan burst through the door, gun drawn, flipping on the light in one fluid motion. We stood there, staring at each other, until I completely relaxed and apologized profusely for the unwarranted alarm.

“Must have been a bad dream, Dan,” I explained as I tried to cover my total embarrassment, “You know, one of those things where you think you’re awake, but your mind’s really not?”

Dan nodded and grunted in usual Dan-fashion as he checked the windows for good measure.  As he approached the door, the pile caught my attention again.

“Wait a sec.” I stepped over and scooped it all up. “Could you please just send this down to Gloria?”

Dan raised an eyebrow in question at me, but he reached out to take it.

“Thank you.” I knew it was a weird thing to ask, but I wanted that evil little reptile gone. “I really appreciate it.”

I thought I felt something fall out, but a quick look down revealed only an empty floor. I shook my head to, hopefully, shake everything off and closed the door behind Dan.

After what seemed like hours to calm down, I found sleep only to be awakened by that same feeling. Again. This time, however, it was morning as the room was completely lit. Coming slowly to full realization, I noticed that the sunlight was flickering, and it was not emanating from around the curtains. At the same time, my ears became aware of a snuffling sound similar to my sister’s bulldog when it was excited to see someone. A chill ran up my spine as I turned over to see the huge face of that horrid dragon, its bright red eyes alight with flames, its breath a putrid smell that made me gag.

This time, it wasn’t a yelp. I screamed for Dan and Eli as I scrambled out of bed and away from the evil presence. The face followed me, and I realized it was attached to an entire six-plus-foot black dragon just like that terrible statue from Zheng!

But just as Dan and Eli exploded through the door, again flipping on the lights, the entire scene disappeared and the room was as normal as any other night. Well, except for the fact that I had just alerted the entire White House to the notion that the President was hallucinating. Greeaaat.

Every one of my political, self-preservation instincts kicked in, and I eventually convinced everyone that it was just another bad dream – a terrifying, I-may-never-sleep-again bad dream. Once all of the security measures had returned to normal, and I felt as though I had been through the wringer twice over, it was morning for real. Time to get to work.

Trying to ignore the odd looks I was getting from the staff – oh, I’m sure the rumor mill was working overtime – I got settled at my desk and lost in the mountain of work that never seemed to dissipate.

As evening turned into night, I was engrossed in an intelligence report when I smelled that strange odor again. I ignored it until I heard increased foot traffic outside the office door. Suddenly, Eli burst in.

“Madame President! You have to come with us!”

I was moving before he finished speaking – you don’t question your Secret Service. Smoke poured down the hallways as I followed Eli, Dan, and a few others out through one of the hidden passages just off the Oval Office.

As we stood at a secure location and watched the White House burn, I was not the only person that saw a huge, oriental dragon weaving to and fro amidst the roaring flames. However, none of the television or cell phone cameras were able to record it, and it has since become a thing of D.C. legend.

Me? Let’s just say I never took another gift from any world leader…for luck or otherwise.