A good doctor sees beyond the physical & through the bluster 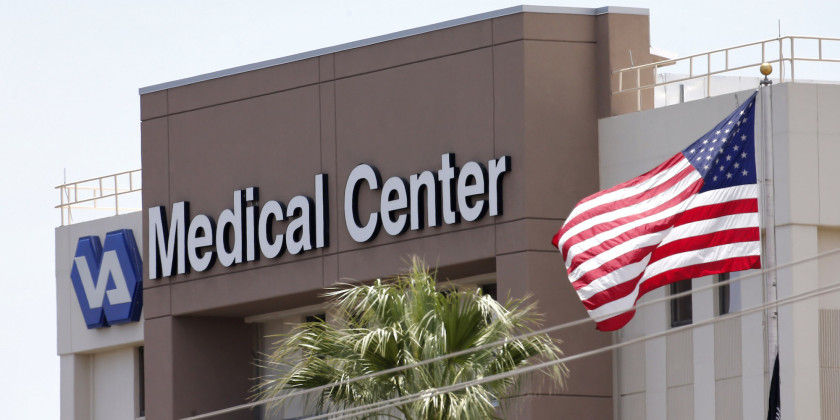 Good morning, Colonel! And how are we feeling today? I see we’re sitting up in the chair.

You again? God, weee were just fine till now. Been so long, I thought I was rid of you!

Aaaaaw, now, come on, Colonel – you know I’m your favorite girl around this place!

Believe it or not, I’ve missed you since our last visit, Colonel. I just took a few days' vacation. Now, let’s start with pulling these blinds op–

Damn, woman! Are you tryin to blind me or something? Ya go away and practically forget about me and then, bam! You do know that starin at the sun can blind ya, right?

See? I learn something new every day around you. I told you it’s best that you open your blinds during the day. Even if it’s cloudy, it helps warm your surroundings and lift your spir–

Temperature’s fine. Hrmphh. And I wouldn’t need my spirits lifted if people wouldn’t forget about me! Besides, my spirits are fine right where they are.

Great! See? Keeping the blinds open is a good thing then! Now, let’s see about that leg. Lift up for me just a bit heeeere…

Aaaah, shite, woman! Just yank my pants off, why don–

Hehehe. They’re your warm-ups, Colonel, and you’ve got your shorts on underne –

How do you know that? I coulda decided to go Commando today!

Whoooo-eeeee, woman! You kiss your boyfriend with that mouth?!

Come on, Colonel, you know I’m married. Now, lift both feet off t–

Damn! Married him, huh? You have been gone a long time! So, does your husband know you go around takin off older men’s pants? I could report you to th–

Now, now. It’s only been a week, Colonel. And if you don’t tell him he’ll never know. You know, kinda our little secret, yeah? Now, take your time and point the left foot and then the right one for me.

Why the hell do I always have to point my feet? This a turn on for you? Do you make that husband of yours point things for you?

Weeeell, I don’t make him, per se. Hmmmm... I’m gonna put the left one down and you’re gonna point that right one as hard as you ca–

Point hard?! Why the hell do I have to point hard? Gods, woman! You’re married! Are you one of them hussies who does sex without really doin it?

Hehehe. Your foot, Colonel. Point your right foot as far forward as you can.

This whole pointin foot thing is ridiculous, ya know! I ain’t no damn pretty boy gonna be puttin on a tu-tu or anythi– Oooww! Shite, woman!!

Mmmmm….yeah, I don’t like the way this one is swelling aroun–

Swellin? Of course it’s swellin! You just damn near managed to take my foot off! Ya come in here after God knows how long, try to blind me and now yo–

Aaaaaah-Heey! More torture, right? Gods, I shoulda never let you back in! Gonna learn one day not to let people in, ya know?

Okay, yeah, I see that stool might be a bit low for the chair height. Hmmm…Dorothy? Please get me a couple of the cushions off the couch in the doctor’s lounge.

Great! Now you’ve got your damn minions helpin to bring me down!! What’s next, woman? Is it to be water torture or fire ants? Is that the plan? Are there fire ants in those so-called cushions you sent sweet Dorothy after? Weeelll, let me tell yo–

Uh-uh! Hell no! She will not be touchin me, capiche?! If torture is what you’re bringin, woman, you’re gonna have to find the cahoonas to do it yourself! By God, I wi–

Shhhh. Okay, I get it, Colonel. Here, Dorothy. I’m gonna lift the Colonel’s leg and you’re gonna place those cushions lengthwise under his legs, got it? One, two, three, lift.

Easy, woman! Damn! You’re tryin to make this chair go over backwards, aren’t you? First, ya blind me, then mangle my foot, and noooww….Aaaah, yeah, that does feel better.

Alright. Thank you, Dorothy. Okay, Colonel, looks like you are all fixed up, sir. Just be sure to keep that leg elevated like that when you sit up during the day and your foot shouldn’t bother you as much at night. Now, Dorothy, please make sure he does his exer–

As much? What the hell does that mean, ‘as much’? You got them fire ants on time delay or somethin ooooor…wait a minute! Wait just one damn minute! Woman, you made it so you’ll have to come back and torture me more tomorrow, didn’t you?

Yeeeaaah...Hmmmm….You know what? You’re right about those ants, Colonel. But this time, I forgot my time delay device.

Soooooo….I will be back by tomorrow to check to see if you’ve done your exercises for Dorothy here. And if she says yo–

If SHE says? If your minion says? Well, you realize she’s just gonna lie to make me look bad! They all hate me! Just li–

Shhhh…okay, Colonel. Ahhhh, here’s my final offer: I will be back every day and, as long as those blinds are open and you’re doing your exercises, no fire ants.

It’s no wonder then that you’ve survived so well around here, yeah? You take care, Colonel, and I’ll see you tomorrow, okay? Thank you, Dorothy. Please help the colonel here complete his first set of stretches immediately. I’ll write up those two physical therapy orders at the nurse’s station before I leave. Good-bye.

Dedicated to all the fine doctors at our V-A Centers across the country -- thank you for what you do to touch the lives of our veterans every day, inpatient or outpatient! :) :) You all ROCK!! :) ;)

Thank you for reading me. :)