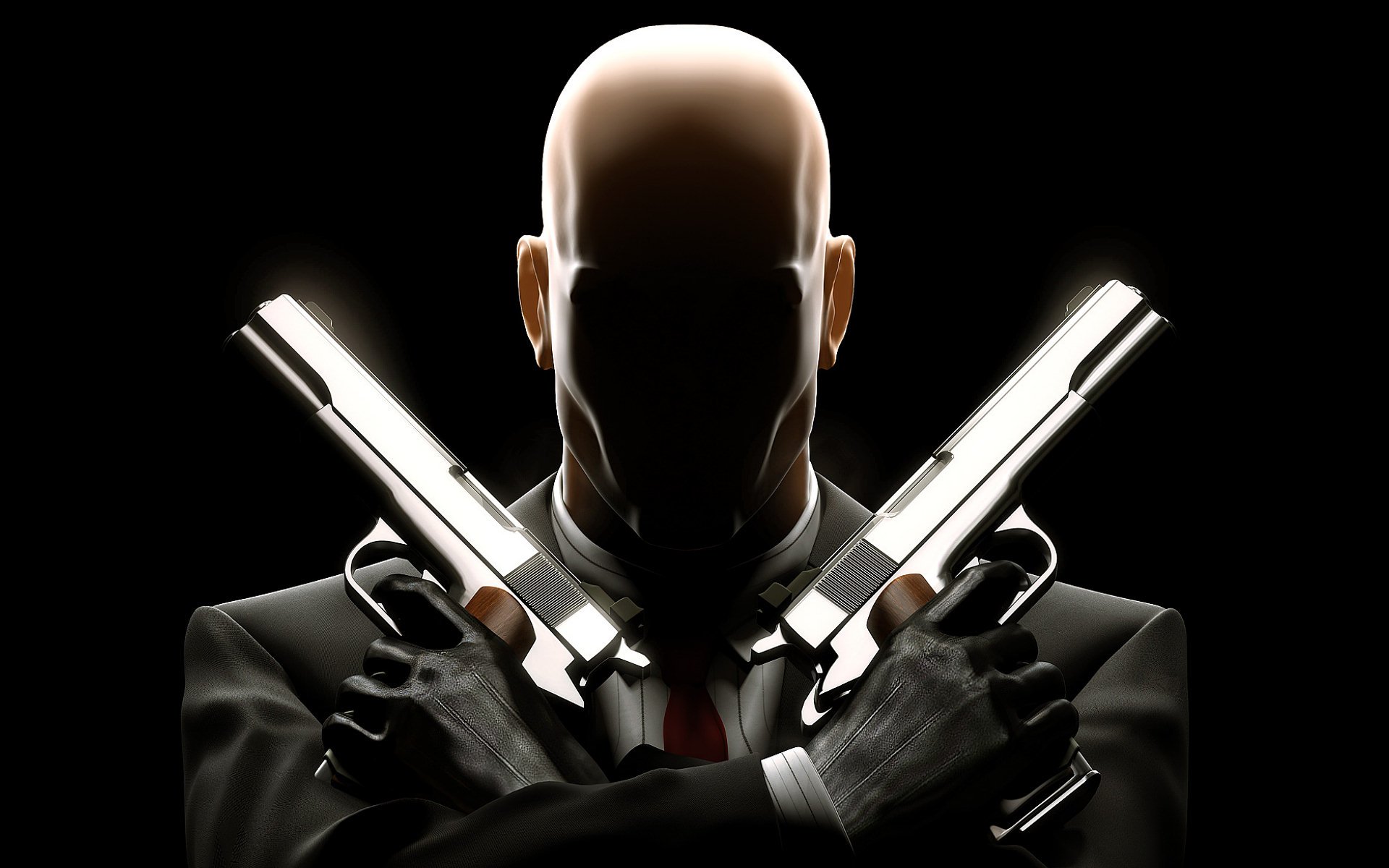 It was 4:18 A.M. when I heard someone using a lock pick on my
back door. I was at my computer, in the dark, browsing sights of
personal interests. They surely thought I was sleeping or gone. I
figured it to be some local crack head needing tradeable electronics
or jewelry to support their twisted addiction or some kid looking
for the same to pawn for a new pair of Reebok's. It didn't matter,
they were going to get a ball bat welcoming, whomever it was.

I drew the Louisville Slugger over my head then yanked the door
open and swung in one swift move. With unbelievable reflexes,
this guy rolled backwards as the bat cracked the floorboard. Clearly,
he wasn't a kid nor crack head. He was dressed in a suit and tie and
wearing gloves. We both froze for a split second, staring at each
other.

Before I even changed facial expressions, he reached in his jacket
and unholstered two ridiculously sized .45's. I slammed the door
and dove to the right as at least ten rounds tore through the
splintering wood.

He had a straight shot for me if I tried escaping through the front
door of my apartment, so I ran to the kitchen instead. I crashed
out the window to get outside to the fire escape. Moments later, he
charged in and stuck his head out the window, searching for his
target...Me.

I crept from the bedroom behind him, (Thank you action movies.)
with my own .38 pointed at his head. I cocked the hammer and put
the cold steel against his skull. "Put 'em down, nice and slow, butt plug."

He placed his weapons on the window sill, nice and slow, like I suggested
and stood up straight, then twisted his shoulders and head to make his
neck do that cracking sound. I thought, "How lame." Before I got through
the word lame, he ducked, backed up, grabbed my arm and flipped me to
the floor, taking my gun from me in the process.

He aimed it to shoot me in the head. Luckily, being the cheapskate I am, my
forty dollar, back alley home protection misfired. I kicked the bottom of my
kitchen table at an angle so the knife block would fall in my direction. I
missed catching it but when it bounced on the linoleum, the butcher knife
flew out. In one swift motion, I caught it by the handle and thrust the blade
into the top of his left foot. I yanked it out and rolled. I pondered if this guy
was actually human because he barely even whimpered before crashing into
me like Joe Namath in his prime for the Super Bowl.

We smashed through the window onto the fire escape. I kept up the momentum
and flung him over me, hopefully tossing him to the street below. Of course that
didn't work. He held on tight, taking me with him. We fell the one story down and
landed on the dumpster, me on top of him. Again, with seemingly no reaction to
pain, he kneed me in the groin before I could even catch my breath. "You sorry prick!"

To my luck, while blasting through the window, one of his weapons, oddly enough,
fell with us. When I hit the ground, trying to ignore the feeling of my balls being
kicked up into my throat, I scrambled for the gun. I turned to blow this clown's head
clean off and like a time traveler, he was already hovering over me and caught my arm.
"Oh, come on!"

I kicked his feet out from under him before he pried the weapon from my hand. Like a
friggin' cat, he flipped and caught himself before hitting the pavement. I fired that
cannon at him three times while getting to my feet. He bounced left and right and
not a one lousy shot landed before he ran in and blasted me with an upper cut then
drop kicked me into the alley shadows.

He darted upon me and brutally bounced my head off the brick wall two times, once
with an elbow and then with a knee. Where the gun was that I held was a short lived
mystery. How could it be anywhere but in this lunatic's hand?

He drew a deep breath and cocked the trigger, aiming at my head...again. "Don't take
this personally, it's just a job I do."

I asked, "What did I possibly do to deserve this? You can at least tell me that before you
murder me in cold blood."

"Apparently you pissed my client off."

"You gave them a four star review."