Story in a Poem. It's a contest entry. 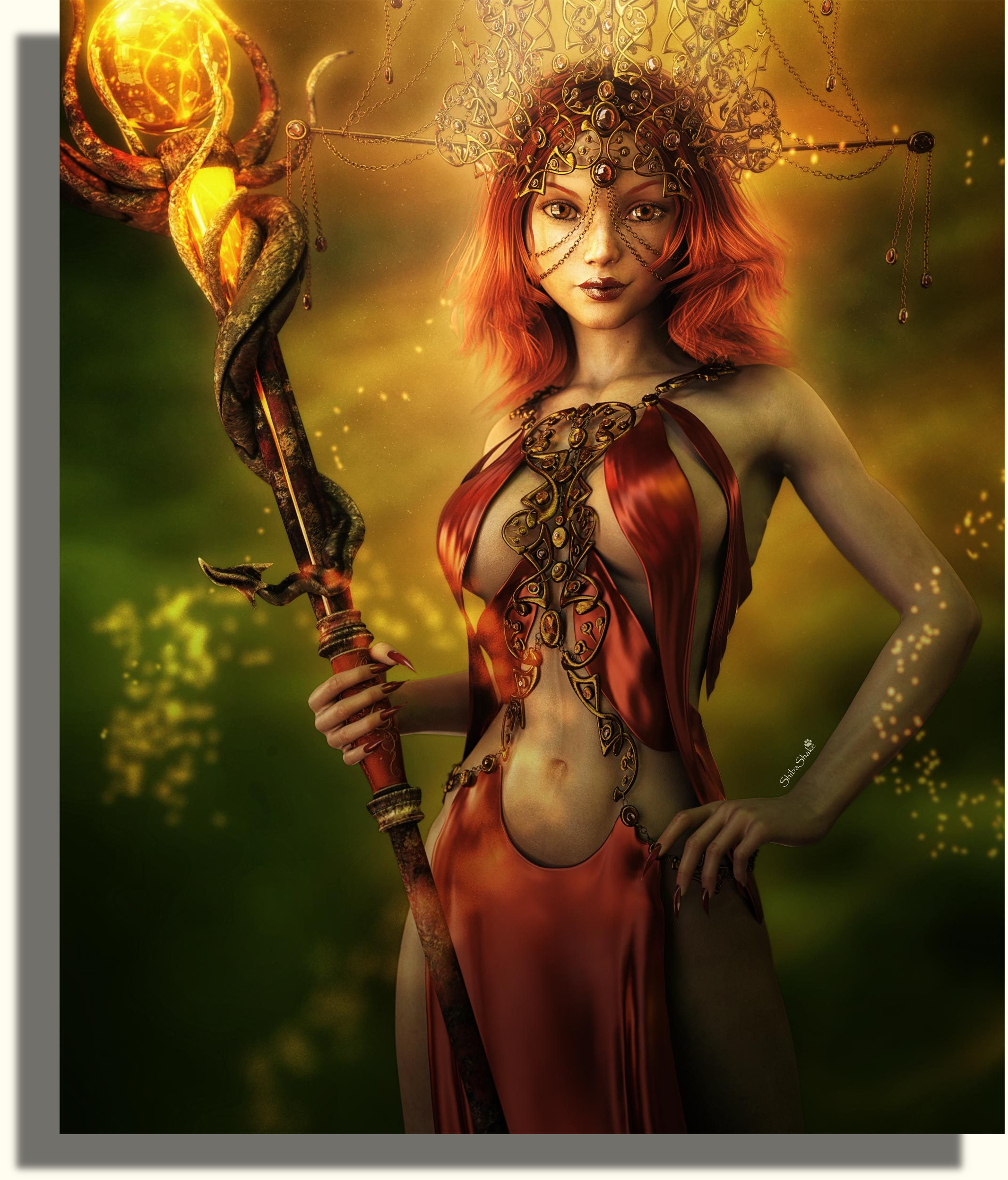 She was Daddy's little princess
that he kept locked away
from evils of the world outside
and sins that it portrays.

Within the mighty castle walls,
beneath her father's throne,
she lived her life in solitude,
neglected and alone.

Her mother passed when she was born.
His Queen was not replaced.
The family bond she should have known
so sadly was erased.

Her father's time spent solely to
the kingdom that he leads.
The only contact granted her
were servants for her needs.

From a child and over time
resentment grew in size.
The words her father spoke of love
she only saw as lies.

The knights who guard the outer doors
would never set her free.
She sought to find a passage out
for her own destiny.

She found a door not seen before
while silent and discreet.
A voice inside said, "Welcome child,
at last...we finally meet."

The sorcerer her father used
was sitting there and chained.
"How beautiful you've grown to be."
The smile he held remained.

Perhaps a spell or lack of love
placed warmth within her heart.
So tenderly he spoke to her,
like poetry in art.

"I too, have been imprisoned here
for magic I possess.
Your father is a ruthless man
if dare I might confess."

She nearly wept as she agreed.
He softly touched her face.
"My precious child, you should be Queen,
not captive to this place."

He told her of a brilliant plan
if she would see it through.
"I'll take the magic I've within
and pass it on to you."

"These shackles hold a witch's spell
so strong I can't break free.
I'll pledge my life, help me escape
and I shall worship thee."

Within his eyes she felt the truth
and questioned not his plight.
She slowly took his hands in hers.
"Give all thy strength and might."

He closed his eyes and light appeared
and grew around their hands.
"Fear not the pain, it's shortly lived
and what this trade demands."

The light shot through their arms and veins.
The magic surged its course,
and every cell transformed itself
with strong and searing force.

They both collapsed upon the stone
that floored his darkened cell.
She felt the power that she owned
and rose from where she fell.

The sorcerer, in fading pain,
then knelt on her behalf.
He pointed to a covered chest,
"In there, you'll find your staff."

"It must be used in junction with
the spells that you will cast.
It only heeds your cryptic tongue
while firmly in your grasp."

Its beauty crafted long ago,
fine gems and artifacts.
"With any thoughts that cross your mind
the scepter interacts."

It softly glowed beneath her touch,
like beckoning its use.
She spoke in foreign dialect,
then all his chains broke loose.

"Now my dear, let's stake your claim
that no one here ignores.
For far too long you've been condemned.
Now make this palace yours."

She kissed him on the cheek and turned
and nothing slowed their stride.
Each door burst into splintered shards,
that kept them locked inside.

The armored guards held to their laws
her father constitutes.
She spun the staff then clenched her fist
and crushed them in their suits.

They crossed the courtyard's lavish lawn.
The throne room doors ripped free.
She entered with a grace and poise
that's known through royalty.

Her father stood and yelled her name
that echoed through the hall.
The patrons there of richest wealth
stood silently in awe.

"Oh father please, I must request
you hold that bitter tongue,
and toss your crown upon the floor...
before I have you hung."

"For years you've had me locked away,
now you shall be instead.
I'll only say this one more time,
remove it from your head."

"What foolishness do you speak, child?
I'll not give up my crown."
He ordered guards to seize them both.
In flames she burned them down.

The castle hall soon filled with knights
with swords and weapons drawn.
each died a brutal, heinous death
'til every man was gone.

"And now you'll know my sorrow too."
She flung him from the throne.
"A prisoner you shall remain."
Her father turned to stone.

She loves the man that owns her heart
and gave her everything.
Now Daddy's little Princess rules.
The sorcerer...her King.