Entrepreneurship in a post-fairytale world...

Beyond Wonder (And Other Lands) 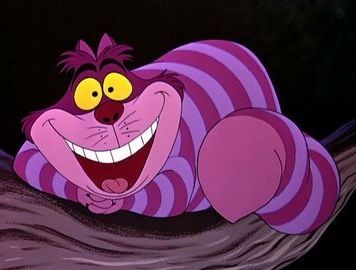 The voice could not have been talking to me – I blended in with scenery, in a manner of speaking. Messengers Incognito was the name of our company, after all. I grinned at that thought, but then caught myself before too many people noticed. Only a few grim, emotionless faces seemed to pause for a moment, their unfocused eyes zeroing in on my smile before I blanked it once again. Then, they continued as if nothing happened. Good thing, too, since I was on the clock and had a package to deliver.

The voice was closer this time, more insistent. Not slowing my pace, I glanced up and around at the throngs of people walking in my direction as well as toward the opposite way. Every one of them looked straight ahead – their eyes open to everything there but not really seeing anything.

I tried not to wonder too much about what made them that way. You see, Ms. Liddell, our founder, had always been so different. As such, it was difficult not to wonder why they were the way they were and she was the way she was. Of course, she had never been the ‘serious’ type…

Still, it was in my nature to be curious, and I had to guard against that on the streets. Even a smooth character such as myself could find himself in a precarious situation if that nature was allowed to make the decisions. And I would much prefer to be the one creating the precarious situation, not being caught in it...

Another big grin tried to pull across my face, but this time I stopped and put my hands over it – best not to take that risk twice in a day. Still, I felt a little lift to my step as I imagined climbing onboard the next bus and, perhaps, surprising one or more of these ‘serious’ people in their near robotic state…

The much louder voice snapped me out of my mischievous daydream of bus haunting. I glanced at my time piece – the one that I’d borrowed from Whitey's locker since he was on vacation – and picked up my pace. I could just hear that annoying long-eared rodent in my head, “You’re late! You’re late!” He said it so much that, even when he wasn’t around, we could all still hear him!

Besides, Ms. Liddell had just given the group of us messengers another pep talk this morning about our perfect record of always being on time.  Because of that, she was thinking about raising our hourly rates. Wouldn’t that be great to be able to get more money from that hothead, the Queen? So, yeah, I wasn’t going to be the one to mess that up for everyone by being our first late delivery. Besides messing things up was Whit–

Oh, no! That was Tink, Ms. Liddell’s assistant! I pulled up short and found a small alcove that was in-between buildings. I crouched and waited – my messenger pouch securely underneath me.

All messengers carried specially-designed transport-pouches that were, of course, Tink’s design. It did have to be ‘incognito’ as our company name proclaimed. Yeah, I just grinned again – good thing my smile was hidden in the shadows this time.

Tink flew by the alcove opening – a high-speed  blur – but then pulled up short as soon as she spied my pouch, I’m sure. That was the only part of me that she could actually see when I was cloaked like this. I just kept smiling so she could find me.

Sure enough, she soon hovered right in front of me – that haughty pixie attitude on full display, as per her usual.

“Face please, Chessie.” I noticed another messenger pouch hovered next to her. “You know that I do not speak to just teeth.”

Instead of complying, I blanked my face which, of course, made me completely invisible. Then I raised my head to above her position and made just my face re-appear all at once.

Both Tinkerbell and the other messenger pouch did some funny little zig-zagging and spinning in place as she let out a little high-pitched yelp. It was always so much fun trying to watch her recover from that! A bit of pixie dust sprinkled the ground as my signature grin displayed my enjoyment.

“Mr. Cat!” She smoothed her little skirt. “Honestly!” She checked and patted her almost-always-perfect helmet hair – Whitey’s term not mine. “If it were not for your and Mr. Rabbit’s wonderful job performance, I would recommend that Alic-..uhm..Ms. Liddell fire the both of you!”

I just hummed and got all up in her personal space – I did so enjoy watching her squirm.

“I know, darlin’.” I opened my eyes wider and grinned a full-toothed smile that never failed to unnerve folks. “But whatever would you do without the two of us to keep you fit and in prime flight condition?”

I’ll give her this much, the little pixie held her ground – or, should I say ‘her air’ – but it was obvious she was uncomfortable.

“Now, what could I do for your pretty self this fine evening, Ms. Bell?” I swiped the air beneath her and the suspended pouch with one of my partially-visible paws – the disturbance making both of them bob up and down in the small breeze I created there. “And make it fast, darlin’, cuz I don’t think Mr. Charming wants to wait on his piece of growth mushroom I’m delivering to him, if you know what I mean. That Sleeping Beauty is quite the demanding little woman when she’s not really sleeping in their bed, you know, hmmmm?”

I loved it when I could make a pixie blush – even their dust turned a fun shade of crimson.

She tried to keep her ‘head held high’ posture but my swipes were making it next to impossible for her, especially after my leading comments. She was so cute when she was flustered and trying to maintain a steady height. So, I swiped again.

“Stop!” She stamped her little foot in the air and crossed her arms. And that tiny growl was just purrrrfect. “Just stop!”

“Okay, darlin’.” I pointed a single digit on my paw and drew circles around the messenger pouch she had suspended next to her. It slowly began to turn in the air. Oh, this was fun! “I’m listenin’.”

“The Boys put the wrong piece of mushroom in your pouch this evening.” My finger stopped turning, and I withdrew my paw.  I sat up straight -- visible and at attention. I could not believe what I just heard.

I know my countenance was not my usual, jovial self, but this was serious. I felt my not-so-invisible fur begin to radiate those wild colors it did when I was agitated…. Because I was getting very agitated.

“You’ve got shrink mushroom in your pouch, not growth, Mr. Cat.”

The silence hung between us for a few moments.

“Good heavens, Tink! Do you know what could have happened if the Prince had…” I trailed off, not even wanting to imagine that scenario at his age. Heck, his manhood might have just disappeared for all we knew!

“I know, I know.” Tinkerbell’s voice changed cadence and her little shoulders fell. “I’ll file a report with the Lost Boy Union just as soon as I get back, you have my word. I will be sure to CC you on the email and on the official correspondence links. Ali-…uhm..Ms. Liddell will sign off on it, I’m sure.”

When I started to ask another question, she interrupted.

“And before you ask, it was not Caterpillar. I know he seems stoned all the time, but it’s just an act. He really just enjoys the whole vaping thing, and he really runs a tight ship with the Dwarves down there. Between him and Doc, they're so organized and OCD with our Mushroom Division that it makes my head spin.”

I chuckled at that because we all knew who actually ran Messengers Incognito. Sure, Alice Liddell put her money and the power of her name behind it, but, at the end of the day, she was still far too immature to run a company. Heck, she’d been down more rabbit holes than Whitey, and that was saying something. No, we all knew who ran the show – it was Tinkerbell. The haughty, OCD, attention-to-every detail-in-the-world, tiny-voice-with-the-big-temper, Tinkerbell.

I let myself relax again, my body shimmering back to near invisible. I grinned from ear-to-ear as we exchanged messenger pouches.

“You just be sure not to have your pretty self a snack on the way back, darlin’,” I said as I placed the pouch around my neck and all but disappeared except my face, “sure wouldn’t want your Puck to have to find other ways to occupy his hands, would we?” I winked.

She immediately shot upward a few feet, trailing that flustered, crimson dust in a path behind her. She growled that cute little sound again.

I heard her exhale as I made myself disappear and moved to step back into the crowd.

I paused, turning just my head all the way back around my shoulders toward her, my face visible.

She just grinned with a whole lot of sincerity in those tiny dimples.

I returned the smile with another big, toothy grin just for her.

“Always do, Ms. Bell.” I blanked my face and laughed like that Mad Hatter back home as I leapt into the flow of people. “Always do.”

Here's your question to see if you paid attention:

Can you name all of the fictional characters and/or references, not including Chessie, that are named in this story?

Let me know in your review!

Thank you for reading - I hope you enjoyed!

Image of 'Chesire Cat' from The Disney Wiki at [disney.fandom.com/wiki]