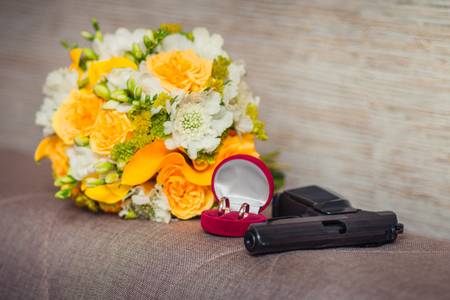 Celebrity weddings were always a complete circus, but that was just fine with Jacob. Because, in Hollywood, any publicity was good publicity, and Jacob Wright was a good publicist.

So good, in fact, that it was his contacts and maneuverings that had made Ms. Stephanie Driscoll, today’s bride, the shining star that she was. He could still see her mousy face waiting in that casting line; one look told him he could make America want that face.

And so he had. He’d publicly dated her and paid for make-up artists so that designers would want that perfect figure – until him, laden in horrid sweaters and long plaid skirts – to wear their designs to all the star-lit affairs in Tinsel Town. Jacob had then taken the next step and introduced her to Stuart Corder, the biggest agent in the business.

That had been his first mistake. His second had been to just watch them become an ‘item’ across social media. And his visions of him and Stephanie Driscoll – soon to be Stephanie Corder – faded into so much media haze.

Oh, he’d continued to do his job and be her ‘friend’, but the jealousy had consumed him. He’d begun fantasizing about ending Stuart – fantasies that were fueled with their engagement announcement.

Today, one of those fantasies would be fulfilled. Well, almost. Knowing that any harm to befall Stuart would certainly shine the light of blame on him as the jilted lover – his drunken outburst at the Oscar’s After-Party last season would see to that, Jacob knew he had to end his pain another way. Stephanie had to die. Then Stuart would hurt and Jacob could move on.

And what publicity it would generate!

The assassin came highly recommended and had been very expensive due to the high-visibility of the target, but that really was no object for Jacob. His only stipulation had been for the actual ceremony not to take place. Checking his watch again, Jacob realized that only left about forty minutes.

“Mr. Wright?” The usher called across the huge entranceway. “There’s a florist here that says he has the actual bouquet?”

Shaking his head at yet another distraction, Jacob jogged to escort him to the bridal chambers where Stephanie had been tapping her foot over the bouquet’s arrival – using just one bouquet through the hours of pre-ceremony photos would have had Stephanie holding a wilted bouquet for her vows.

Knocking softly before entering, Jacob saw a pillow of white turn from the window as he closed the door behind him and the florist. She truly was stunning, a realization that came just before two quiet ‘pops’ rent the silence. As blood blossomed across her ivory gown and she fell, Jacob panicked and turned, only to have additional ‘pops’ accompany excruciating pain in his chest.

As his mind spun and darkness closed in, all Jacob heard was a cackle and, “Corder paid just as much for you, asshole. Seems he’ll have all the publicity he needs.”