Not the one you'd expect... 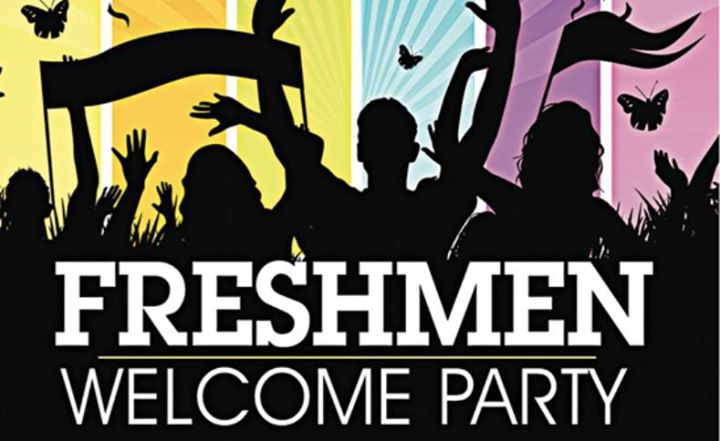 Sarah flipped her hair back over and fluffed it – she intended to use her strongest asset to the fullest at this first Freshman mixer.

“Oh. My. God!” Collette exclaimed, “You cannot be serious!”

Sarah tensed, staring into the mirror to look at Collette.

Collette finished her eye make-up and stood back as well.

“What? You’re asking me ‘what’?” Collette fixed her lipstick and turned, grabbing her purse, “Look at you, Sarah! The rest of us will be lucky to get asked for homework help with you looking like that!”

Sarah continued to stare at her reflection trying to guess what it was Collette was talking about.

Collette laughed as she handed Sarah her purse.

They both laughed, locking the door behind them.

Having their purses searched and walking through a metal detector was a bit over-whelming to small town girls at their first university party. Inside, there were easily hundreds of people at this ‘little beginning-of-the-year gathering’ as it had been billed by SGO.

Sarah looked around and spied the food and drink display.

“Let’s go,” she took a reluctant Collette’s elbow and marched them toward nourishment, “we skipped dinner to come to this thing. I’m hungry.”

Collette followed along, obviously less confident than Sarah. Collette had always been more introverted and was definitely not the academic whiz that Sarah was. In fact, she wondered why they had been assigned as roommates. She’d tried to cover with some humor, but she had been serious earlier about Sarah’s outshining everyone.

When they reached the food table, four handsome guys approached them, completely ignoring Collette. That was fine with her, the food looked amazing.

As she separated from Sarah’s beacon for men and began filling her plate and sampling, a guy appeared beside her – his cologne quite strong, yet still somewhat appealing.

“Hey,” he had one of those breathy voices she’d dreamt about, “you wanna dance?”

Taken off-guard, Collette looked down at her plate and back up at his attractive face.

Sensing her confusion-laced hesitation, he chuckled, “Hungry? S’okay. I’ll get us some punch over there and join you. We can dance afterwards.”

Collette grinned from ear-to-ear – he was serious!

Catching Sarah’s eye, she enthusiastically gave her an ‘okay’ sign. Attractive guy returned with their drinks. Nervous as could be, Collette downed most of hers.

“Tables are back here,” he smiled, standing back, motioning for her to lead.

It was also darker, but Collette was too giddy to care.

Suddenly feeling dizzy, she tripped somewhat. She felt his strong arm around her waist as he took her plate.

“You need some fresh air,” he whispered in her ear, holding her tight against him as they walked.

She tried to pull away, but she couldn’t. Almost surreally, they walked out the back door, and she felt herself taken roughly by two large men.  One of them gave 'attractive guy' a large stack of bills.

And then her world went black.


Human trafficking is a real issue in modern America, even if not as much as in other countries. People can be trafficked for many different forms of exploitation such as forced prostitution, forced labor, forced begging, forced criminality, domestic servitude, forced marriage, and forced organ removal. This year alone, there have been over 5,000 cases reported thus far, and the holiday season has not yet arrived. California has the most cases at 760 with Texas and Florida running a close second and third at 455 and 367, respectively. [statistics from the Human Trafficking Hotline -- https://humantraffickinghotline.org/mission]

And, yes, more often than not, it is not the most beautiful, most stunning young ladies that are targeted. It is the ones that are easily flattered and do not stand out in a crowd.