Destiny of the Universe 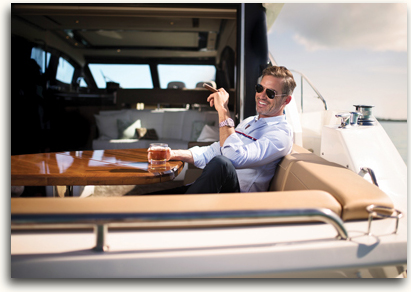 It was only a couple days after I was released from the hospital when
this 'gift' started happening. Maybe it's what happens when you're so
close to death and still manage to live through it. I don't know, perhaps
many people have it. I'm not sure how I got it or why, but something is
definitely up when I come in contact with other people. I somehow see
things, like what that certain person has in store in the not too distant
future. The worse part of it is that I never see 'good' things. They're
always in some way bad, something that will cause the person heartache
or pain. It doesn't happen with everyone either, just certain people. And all
it takes is a touch. Just a split second of skin contact and whatever's
going to happen to them vividly flashes in my mind. I can see in their eyes
that what just transpired didn't affect them at all, oblivious to their own
destiny.

And that's when I bumped into Anthony Jenkins. I was on my way into the
convenient store for a lottery ticket and cigarettes, and he was on his way
out. We both offered the door, insisting the other go through first. After
moments of neither complying, we both went through at the same time.
His hand grazed mine as we collided, and in an instant, I knew everything.

Up until then, I decided this gift would not be used to interfere with the fate of
the universe. Bad things happen. I had no clue, if I were to intervene, what
effect that would have. Maybe the universe would crumble apart and implode.
Who knows? If I saw something, I simply closed my eyes, turned away and
kept going. But it was different with Anthony Jenkins. I saw him die.

I saw every moment from when we door danced up to the brutal murder of him
and his wife. I knew where it would happen. I knew when it would happen and
I knew exactly why. I knew his name, where he lived, where he worked...everything.
His very life was in my hands. I could either let fate happen or I could change it. I
was undecided.

I followed him for the three days prior. Nothing I saw in that instant had changed,
none of it. This was going to happen. Friday night, at 2:37 A.M; they were going
to be murdered in their bed. I could still stop it if I wished, but I was yet fighting
my inner demons for if I should or not. You know, the whole fate of the universe
thingy. The only way to know was to be there.

At twenty after two, I silently broke into the home of Anthony Jenkins. I already
knew where their bedroom was upstairs, and the side of the bed he slept on.
That's where I motionlessly stood, listening to him snore. On the nightstand,
beside the bed, lay the whole reason this nightmare would happen. I could
have simply just left. "Let these innocent people die or let them live?" I queried
repeatedly in my head, rocking back and forth, back and forth.

Fate answered the question for me. Mrs. Jenkins turned over to change positions
and shrieked in horror when she saw me standing there. Anthony's eyes popped
open and without hesitation, he reached under the bed for his loaded .38.

I shot them both, two slugs each, right in the cranium. I picked up his wallet from
the nightstand, opened it and slid that night's winning lottery ticket from the sleeve.
I tossed the wallet back on the nightstand and their digital clock read 2:37 A.M.

I often ponder, sipping brandy on the deck of my yacht, "Should I have altered the
destiny of the universe that night?" My conscience always answers the same. "Na."


This is a copy and paste of the contest page rules. They, for some reason, aren't
on the inner contest page. This is how the story originates. You fall ill, nearly
die, and, upon recovery, discover having been blessed with a spiritual gift. You
are able to detect when something bad will happen to someone. How do you
deal with this gift.

The only other rule is that there is suppose to be a minimum 550 word
count. For some odd reason, the committee keeps continually ignoring this
fact, but who am I to point out their flaws, knowing they won't correct the
issue anyhow. I guess when we pay the extra money for the entries to be
policed, we need to just accept that when rules are overlooked by the
committee, we will simply be robbed of that extra money, without refund
or excuse.

Thank you for reading.