Your dreams can come true. 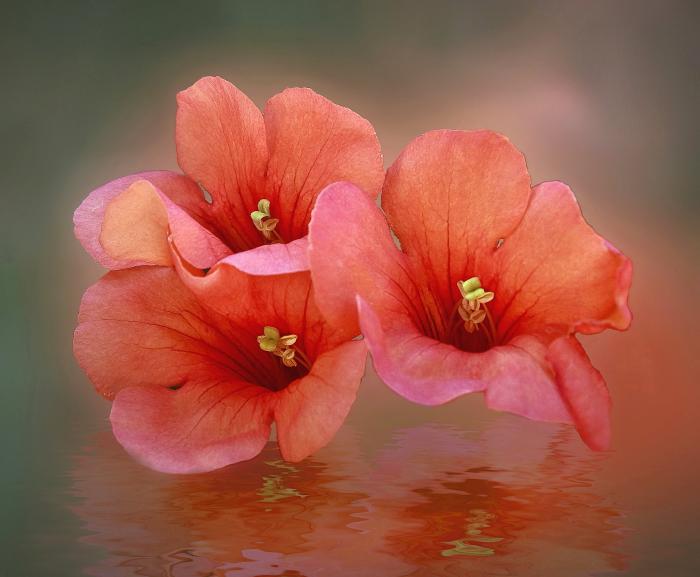 I awoke from the dream or rather the nightmare in a cold sweat. My pajamas were clinging to me. My hair was flattened to my head.

This was the third night I had dreamed of Mrs. Armstrong. After tonight I should have peace. Although my mind was in a flurry of thoughts. Mrs. Armstrong was the first non-family person to enter my dream state. Why the change? Perhaps in truth a distant relative? Were my dreams starting to change?

Let me take you back to when I was a young girl of six. My life until that time had been normal. Well as normal as any other six year old. It was early spring, the air smelled fresh. Grass was turning green, flowers were starting to bloom. I had my first dream. I also had my first lesson in the cruelty of life with a superstitious parent.

I had gone to bed at my regular time of eight pm. All young children bathed at seven pm, then had their night snack. We were expected to be sleeping by eight-thirty. It was a typical school night routine. On Friday and Saturday, we were allowed an extra hour.

I distinctly remember having an in-depth conversation with my Uncle Charlie. He was tied for my most favorite uncle, with Uncle Pete, his younger brother. They both had kind hearts, had never married and doted on their nephews and one single niece- me.

Anyway, Uncle Charlie was telling me that I was very special, not only to him but to the whole family. He was insisting that I remain strong and follow my gut feelings. By this he meant for me to listen to what I was telling myself rather than what others were trying to put in my head. He also stressed that he was tired and it was time for him to move on and to rest.

I remember thinking it strange that he then chose to lay down in a box rather than his bed. He reached out to me and I heard 'be strong, be special.'

The next morning I shared my unusual dream with my parents at breakfast. My mother grabbed her chest and my father pushed away from the table, causing the chair to fall over. He grabbed his hat and headed out the door. My mother insisted that I go to my room, there would be no school today.

It was a couple of hours later that he returned, Uncle Pete was with him as was Aunt Matilda and Aunt Lucy. I was called to the kitchen and asked to tell them about my dream. I openly shared what Uncle Charlie and I had talked about.

All of the adults conversed, but the discussion was over my head. Finally, Aunt Lucy, being the eldest, commented: "She has the blessings of Great Grandma Emma, she must be taught and educated."

I found this unusual because I was already going to school and I had never ever met Great Grandma Emma. I was bewildered.

My mother on the other hand was not handling any of this well, she was distraught, frustrated and bewildered. She also vented that she was going to call the priest and nip this evil thing in the bud.

Everyone else tried to calm her and explain that Great Grandma Emma had what was commonly called a second sight. She continued to yell that we needed the priest.

Of course, she won the yelling contest and Father Patrick was called. When he arrived, he was told of the events. Three surprising things happened. First, he announced that I did not have to be exorcised that it was as suggested a simple case of me having the second sight. Also, that indeed I would need to be guided to understand and learn about my new-found ability. Finally, that Uncle Charlie had died.

My ability apparently meant that, I could dream of and talk to family members who were either in the dying process or would be within twenty-four hours.

Over the years, I have had many dreams such as this. I provided important messages to the living along the way.

This was the first dream I'd had regarding a friend of the family instead of a family member. She was a beloved neighbor. I called her son, whom I had babysat and explained my dream and my past.

He calmly explained that she had called him and had asked him to get me to visit. He reported that she had cancer that had spread and was not treatable. He had just arrived and was going to extend the invitation. Of course, I ran down the street.

Mrs. Armstrong was a dainty little thing that was everyone's expectation of a true lady. She was in bed; her companion had bathed and dressed her in her silk nightgown and bed jacket. Her son was by her side with his wife and two children sitting behind him. The companion gestured for me to come closer.

Mrs. Armstrong opened her eyes, reached out for my hands, smiled and whispered "thank you". She died holding my hand and her son's hand. She looked peaceful.

I felt her presence leave the room.

After the funeral, her son explained that when she had called him, she had told him of her visit with me in my dream state. She had advised him that she felt at peace and was not worried about passing on; but she would feel better with me at her side.

So, I have to ask myself and you as the reader- was it a nightmare? Or was it an extension of my abilities to help a good friend.


What's Up With That Dream? writing prompt entry

Thank you to avmurray for Sweet Dreams picture.
Thank you to all who read and review.
Pays one point and 2 member cents.

aryr has granted FanStory.com, its affiliates and its syndicates non-exclusive rights to display this work.