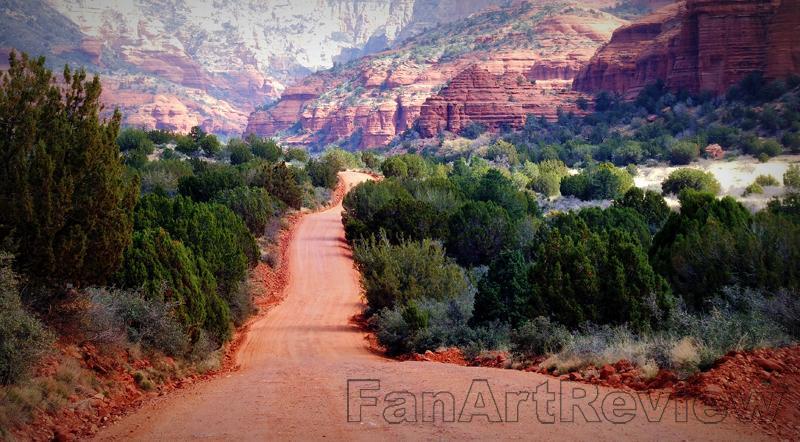 I honestly do not know who was more excited about our pending adventure. It was a toss-up between my husband and myself. Our former co-workers were all happy and delighted to see us taking the journey that they just dreamed about. Family members, on the other hand were not as enthusiastic and pleased with our decision.

We had both reached a comfortable retirement age and our health was reasonable or at least under control. So, the decision to sell what was not needed, pack up and either store or take with us that which was left, and hit the road was an easy choice for us.

We knew so many people who did not venture too far from the security of home. We had heard some of our elders comment about their 'what ifs'. We wanted the travel, to see the country, to live actively while we were healthy enough.

We actually did rather well the first few weeks. My husband drove and towed our camper and I navigated. Our plan was to travel on the secondary roads, so that we could see the smaller communities. And to also, of course avoid the high speed and missing sites on the interstates. We had agreed that each place we stopped we would plan a two night stay. By doing this we could spend the next day as tourists to the area. Sometimes we would spend three nights, if the area promised several adventures.

Then during week seven it happened. We were driving along, enjoying the fields and nature, the smells of the crops, the animals and of the grills that we passed. Suddenly a gust of wind with invisible hands grabbed or rather tugged the road map out of my hands. I watched as it was whipped across the field as a kite is tossed around the sky. It disappeared beyond a line of trees.

I sheepishly looked at him and croaked, "You do know where we are going? Right?"

"Well I have a good idea, are you tired of reading the map? We are good for a few miles, then we can check when we get to the next major intersection." He had not taken his eyes off the road other than checking out the scenery. He had no clue the map was gone, no clue of my embarrassment.

We were in the middle of who knows where, going who knows where since I sure didn't. I had no idea of how to tell him what nature had done to us. We were lost. How devastating.

We traveled for three hours taking in the beauty of the countryside. It was a simple two lane highway which was well maintained. We had discovered that the major interstates were not always maintained well. It seemed that the communities took care of their own and did so rather well. It was three hours of dread for me.

As we began seeing signs of civilization and a pending crossroads, he looked at me and asked, "So what direction do we take, left? Right? Straight? And where will it take us?"

I looked at him and smiled, "I have no idea. I lost the map about three hours ago."

"You what? You lost the map! How in God's little green acres did you manage that? So we are lost?" His raised voice was enough to wake the dog who had been sleeping, and probably dreaming in the back seat.

"Oh give me a break; we are not lost. I prefer to think that we are just a little misplaced. We know what state we are in. We know what road we are on. We just don't know where it will take us. So at the next convenience store we buy another map."

"You are so unbelievable. You are so calm about this. Doesn't it bother you at all. We are lost!"

"Once again we are not lost. We are merely misplaced. Think of it as an adventure, we will get another map."

We drove in silence for about 45 minutes before we were able to stop for fuel, restrooms and of course a map.

This was the trip that truly started our adventures. We had become lost or rather misplaced which became our new state of mind.

His new motto is "Who needs maps it's more fun being lost?" He still can't accept the misplaced concept.

Thanks to eileen0204 for the artwork-The Lonely Road.
Pays one point and 2 member cents.

Artwork by eileen0204 at FanArtReview.com

aryr has granted FanStory.com, its affiliates and its syndicates non-exclusive rights to display this work.