Love to find the moral dilemma in every situation. What makes a good decision. How close can someone go to the dark side of their personality with out losing their soul? Just random good versus evil stuff.

She is a top ranked author and is currently holding the #3 position.

She is also an active reviewer and is holding the #34 spot on the top ranked reviewer list. 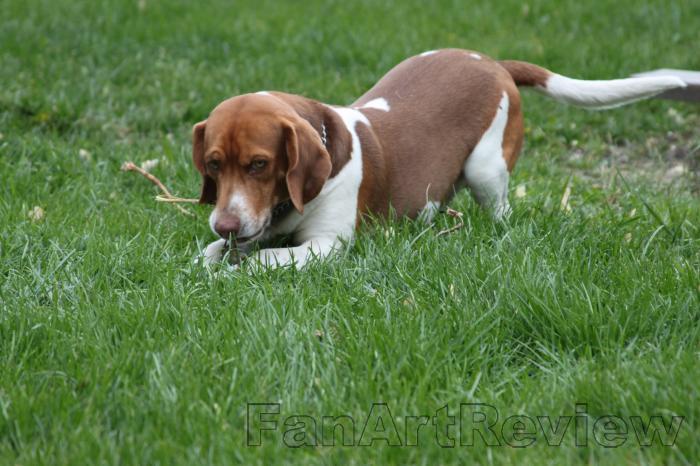 Harriet looked at her husband of ten years. "Henry, your dog is exposing himself again,"

Henry looked over the top of the sports section and nodded. "Yep."

She stole a quick glance at the dog, sleeping peacefully on his back. "I don't know. Something."

Henry gave a quick low whistle and the dog opened his eyes just enough to see if the whistle was, in fact, a real emergency. Sensing it was just an ill timed drill, the dog stretched out one paw, then closed his eyes again.

"He stinks, too." She waved a folded section of the paper in front of her nose.

Tired of looking at the dog's privates, she laid folded newspaper in her hand over top of them.

Henry looked around the sports section and saw the unfinished crossword puzzle.

"So, you're really not gonna give your stupid dog a bath?" Harriet asked.

Henry drops the paper, an angry look on his face. "Stupid dog? Why he's nearly finished that crossword puzzle. Could a stupid dog do that?"

Harriet frowned. The fight left her. "I don't know quite what to say," she says softly.

Henry snaps the paper to start reading again. He peeks over the top and winks at her. "I'll bathe him after dinner, that is, if he's finished working on that puzzle."


No idea where this came from other than the fact that my dog, Pip, has been sleeping on his back recently, leaving nothing to the imagination.
Pays one point and 2 member cents.

Artwork by Graf94 at FanArtReview.com


© Copyright 2023. GWHARGIS All rights reserved.
GWHARGIS has granted FanStory.com, its affiliates and its syndicates non-exclusive rights to display this work.
Don't miss one of our own....
Read Kaiku