The name Tucker wasn't known in my family. 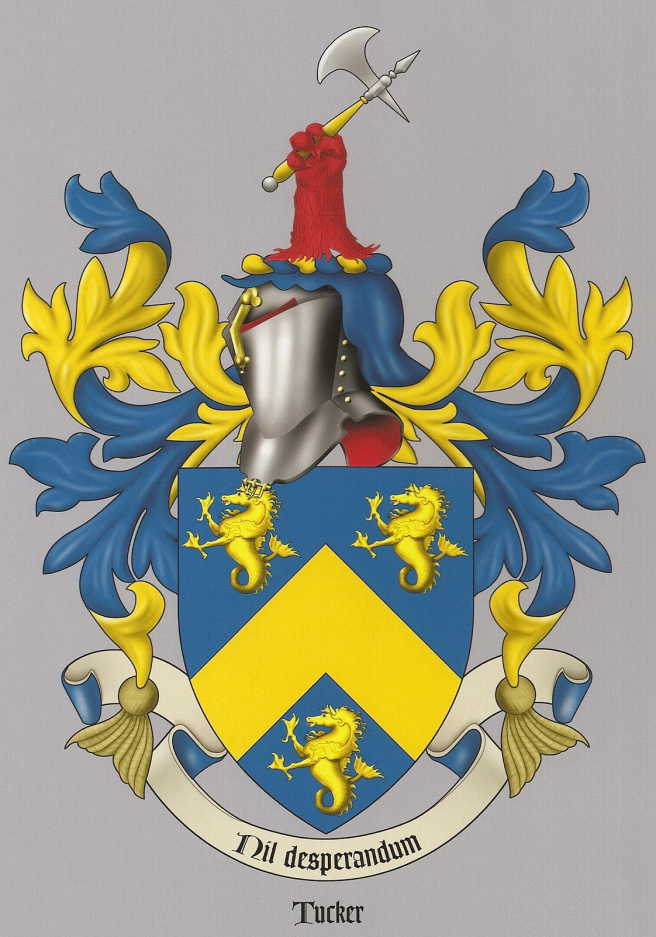 Until just recently, I didn't realize the name Tucker had a connection with my family. The reason I’d not heard the name was because no one in the family seemed to know much about Simeon Malone Dearing, other than he was a preacher who had arrived from Georgia by way of Alabama bringing his wife and family to Newton, Mississippi.
Simeon was born in 1798 and back then, no one in our family seemed to be keeping accurate records. One of his daughters, Linsey Alva, my great grandmother who was married to my grandfather, Robert Weir, Sr., Simeon and his wife Elizabeth had died before my Grandpa, Eb Weir was born, so he didn’t get to know much about his grandparents.
When I started digging into the genealogical records on file with Ancestry.com, I learned from Georgia marriage records that Elizabeth, who other researchers had attached to Simeon Dearing, was the wrong Elizabeth. They had listed her family name as Cooper. The mistake came because this Elizabeth was the right age and lived in the right area, but marriage records showed Simeon was clearly married to Elizabeth Tucker rather than Elizabeth Cooper.
Once I’d established that fact, I realized why my DNA wasn’t matching with the Cooper family. I knew I was correct when, I found my DNA did show close matches to members of the Tucker family. It is often difficult, but necessary, to change many of the records once an error has been made. It turns out the Tucker family wasn’t so hard to trace once I had the error corrected.
Elizabeth Tucker was the daughter of William Jefferson Tucker and Delanie Lindsey of Georgia. The Tucker family came from England, but the Lindsey family originally came from Scottish nobility. Elizabeth’s grandfather Thomas Tucker had moved the family down from Almeida, Virginia into Georgia.
The branch from which our Tucker family decended had arrived in the colonies from England in 1633. Richard Tucker was listed as an agent or trader. I looked up what that meant, and it seems England sent representatives to the new territory to promote trade with the English East India Company. The goods for sale were silks, cottons, spices and other merchandise, but politics were also involved and this was a way of extending the British influence among the new settlements. Richard Tucker made trips back and forth to England for a while.
Richard was partners with a man named George Cleeve, and together they bought 15,000 acres of land along a river separating Maine and New Hampshire. Both men were considered to be gentlemen and men of high birth, although not necessarily titled. The two of them settled the area which became known as Portland, Maine.
The names Richard, Thomas, John and William were the given names most often passed down in this family. Some of the Tuckers remained in Maine as a prominent family. A mansion known as Castle Tucker located to Wiscasset, Maine was built in 1807 and furnished in Victorian style. This house which is open for tours tells the story of  a later prominent shipping family’s life on the coast of Maine. It offers a glimpse into the everyday life of Mollie and Richard Tucker and their five children at the turn of the twentieth century. With three generations of family possessions on view, Castle Tucker is a time capsule that echoes with the voices of a remarkable Maine family.
My own branch of the Tucker family migrated from Maine into Maryland and from there into Virginia. After leaving Virginia, they were living in Georgia when my Dearing ancestor, Simeon, whose own family settled in Virginia, was joined in marriage to Elizabeth Tucker. It is possible the two families were acquainted before either of them moved to Georgia.
The name Tucker is derived from an occupation essential to the wool trade, as are the names Walker and Fuller. All three names are taken from the job of walking on, washing, folding, and fluffing the wool cloth after it has been woven into thread and cloth. Wool in its first stages of preparation is a coarse and stiff material. The Walkers and Fullers beat the material and washed it to make if softer and the Tucker refined the cloth to give it fluffiness and body.
It is believed that the first of the family was John Tucker, who came to England with William the Conqueror in 1066 and fought in the battle of Hastings. He was assigned large estates in the county of Devon. All Tuckers apparently trace their descent from a common ancestor of a remote period.


I have another chapter in which I've written about the Dearing family, but until recently I didn't know we were connected to the Tucker family.
Pays one point and 2 member cents.