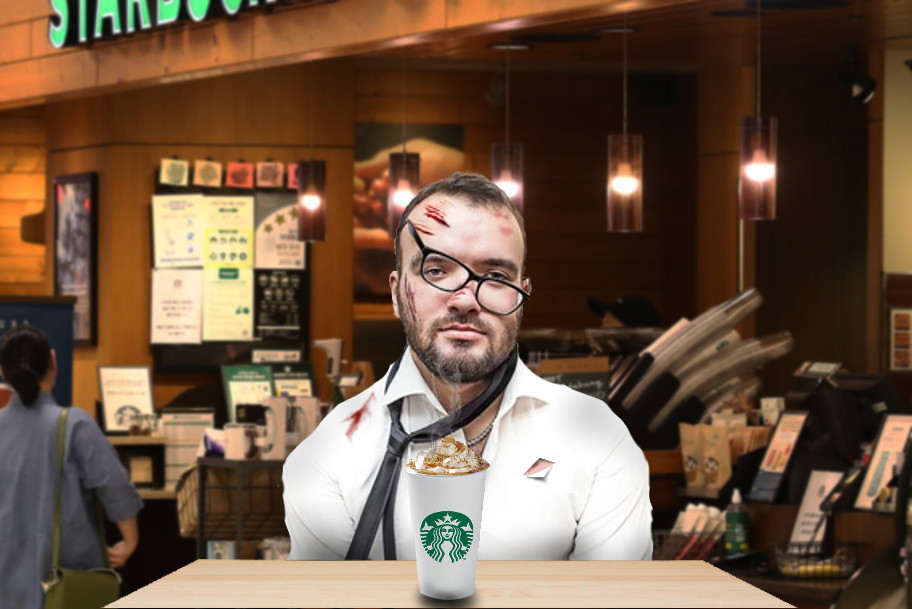 I was so excited. Starbucks advertised that they were finally bringing back their pumpkin spice latte. I got up extra early Monday morning and was the first in line, waiting for the doors to open. Once at the counter, I ordered my long-awaited, piping hot deliciousness. The cashier, Cindy, handed it to me and told me to have a wonderful day. I lifted it and inhaled the intoxicating aroma. "I’m sure I will."

I set the latte on the corner of a small table, took a seat and opened my tablet to my favorite writing site. The moment I reached for my steaming hot beverage for my first taste of heaven, a man, too busy flirting with his female companion, bumped into my table. I watched, as if in slow motion, my pumpkin spice latte topple over and splatter on the floor. He just kept walking, oblivious to his horrific transgression. I instantly jumped up and loudly interrupted his conversation with, "Hey, buddy, you just spilled my coffee all over the floor and you're going to buy me another one, right?"

"Sounds like that’s your problem, pal."  Then he just turned around and the both of them left.

I knew right then, I was going to kill that son of a bitch.

They turned right and my bike was parked to the left. In the saddlebag of my Harley, I have a skull-face mask I wear while riding. I put it on and watched. After the two parted, I followed him in his Lexus. He parked in a reserved VIP spot and entered an office building. I called my boss and fake coughed. "Sorry, I can't make it in today."

I waited outside that building all day long. Around four o'clock, he exited. This time, I followed him home. I parked half a block away and again waited. I surveilled his place for the next three hours.

Knowing there was no one else there, once nightfall arrived, I jumped his pool fence and stealthfully entered his unlocked, rear patio door. While passing the kitchen, I grabbed the butcher knife from the block. A television was heard from one of the upstairs bedrooms. Before reaching the top step, I adjusted the mask, knowing it would be the last thing he saw just before dying.

Peeking into his bedroom, I had two choices. The headboard faced the door. Either I rushed him or hurled the knife where he was propped up in bed. I chose the latter. With the knife primed for throwing, I stepped in the doorway and flung it. He saw and rolled to the left. The blade stuck deep in the headboard. A second later, he popped up, brandishing a Glock, 9mm. Bullets splintered the door frame as I dove out of the way.

I ran into another room and grabbed a crystal lamp that I busted into his face when he entered. He stumbled yet drew for another shot. The round missed as I deflected his arm and then kicked him out the window. He rolled off the roof eave into the bushes below, dropping the Glock as he fell.

I leapt down while he smashed through the entrance leading into his garage. Before I grabbed the gun, his Lexus came crashing through the garage door.

I jumped on my bike and made chase.

Gaining on him, at ninety miles an hour, going down Kennedy Avenue, I aimed and tried murdering him with his own gun. The windows shattered into shards but I missed. He veered his car in my path. I plowed into the rear of the Lexus. The momentum hurled me forward and I landed on top of his car. Acrobatically, I spun and twirled into the open, back, passenger window hole. There, I grabbed him around the throat from behind, with the loose seat belt, and choked. The car lost control and flew off the Jefferson overpass. We both crashed out of the front window on impact.

A couple minutes later, he fought to his feet and hobbled over to where I laid on the pavement. I started catching my breath and composure when he slowly leaned over me.


He viciously yanked the mask off of my head. Once he saw who I was, he yelled, "Oh, for crying out loud!" He reached into his pocket, grabbed his wallet and pulled out a five-dollar bill, crumbled it up and threw it in my face. "There, I paid for your stupid coffee, moron!  Happy now?"

I stood up, brushed the road and car debris off my shirt and said, "Now that wasn’t so hard, was it?”

I looked like total crap when I went back to Starbucks, but I finally got to enjoy my prized pumpkin spice latte. Turns out revenge is...best served hot.


I created this picture myself from a few different images.

Thank you for reading if you made it all the way through. Lol