Catching Up with my life.... 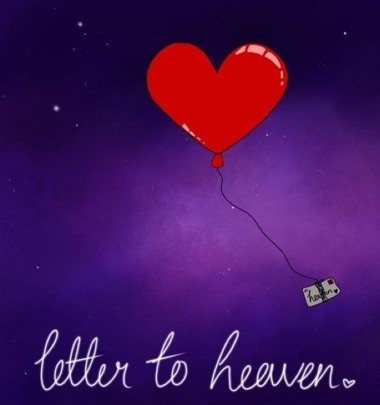 I can’t believe it’s been three years since we said goodbye, and the angels carried you away. I miss you every waking moment though I sense you are always with me.

Please forgive me for the long lapse in my writing; Satan waged an all-consuming war against our family, which required every drop of my strength. Sometimes I almost waved the white flag and admitted defeat, but God and all our angels must have gathered around me, and I continued the battle of darkness.

I thought the unending battle with Kaitlyn couldn’t get worse, but I was wrong. It escalated ten times over until DCFS was involved. Of course, instead of helping, they made matters even worse by fueling Kaitlyn’s unstable thoughts and pressuring the family to “be easy” on the young teenager. Much to my chagrin, I became her sole guardian, and she came to live with me. A huge mistake on every front.

Her mother fought me tooth and nail, something everyone expected. She considered me an annoying interference instead of someone trying to help in a dire situation. A battle royale occurred between Kaitlyn and Corrie in my house nightly. Of course, all this happened while the other three girls were here before and after school. Two attempts at suicide later, DCFS allowed Kaitlyn to return home without having solved anything.

Bolstered by DCFS’s protection, Kaitlyn spread her misguided venom to the younger granddaughters, and soon two of them were also suspended from school. Vapes, drugs, fights, bullying, and so much more became a standard event at either one school or the other. It was insane. DCFS was involved once again, and matters seemed to snowball.

Carissa decided to ask for a job transfer. The girl’s dad convinced her that he would be able to help get the girls back on track if she lived in closer vicinity to him. He smooth-talked her until she finally agreed. Tyson came to Illinois to get the girls while Carissa packed their belongings and moved. As she left the house for the last time, a processor served custody papers, accusing her of being a poor, destitute person unable to care for her children. Of course, Tyson and the girls disappeared from the radar.

It’s taken lots of money, a lawyer, and Jag to get the girls back finally, but the battle has only begun. A new job, new home, a recent move across the country, new schools, and lots of drama await them.

In the meantime, Matthew wrote and produced a new movie called “God’s Not Here.” It’s filled with many messages, including one that affected me and how I looked at my brother. Though I can never forgive Gene for what he’s done, I felt I needed to mend a few bridges for my peace of mind. I called him. Luckily, he was sober, and I talked to him for quite a while. We laughed, cried, and patched a few things until he turned bitter again. I quickly ended the call and generally felt good about most of it.

Three days later, the neighbors were worried and called for a welfare check on him because he didn’t answer his door or his phone. Unfortunately, he’d had a heart attack and passed away. My call was our last chance to connect as brother and sister. His daughter doesn’t want any memorial and has gone against his wishes. She had him cremated before any family could even say their goodbyes or object. I guess the mighty dollar still talks louder than respect and love. She called me several days after his death, and I notified the rest of our family.

I am ignoring mentioning my health because I hear you telling me I am always caring for someone else instead of myself. You are right, but that’s just who I am. You’ll be thrilled to know I have been through battery after battery of tests, and the medical field has seen my body inside and out. I might scream at someone if I hear “for my age” one more time. The left side of my heart is stiff, and a valve regurgitates, probably playing Swanee River or something of that nature. My liver is out of whack, and diverticulosis has played havoc with my intestines. Toss in a few foreign nodules in my lungs and kidneys, and I could be an excellent specimen for medical students.

Not to worry, my love. Thanks to the persistent and caring thoughts of many FanStory friends, I am finding myself again. You have no idea how grateful I am for their love and support. Their encouragement to return to writing has meant the world to me. I’m not the feisty spring chicken anymore, but I have waded through the darkness and can see the light again. I still have goals I want to achieve. Yes, that does include publishing my stories. I haven’t forgotten my promise to you and my Mom. Life just took a rocky curve or two, but I know I’ll make it. Unfortunately, I turned into the tortoise and not the hare.

Time to end my ramblings. I know God has blessed me, and your love lives within my heart forever until we meet again. Dance with all the angels until I reach those heavenly gates.

Today, Tomorrow, and Always
I love you,
Your Honey

During these past months of turmoil and darkness, I have been blessed by many friends on FanStory who reached out and offered their support, love, and kindness. There aren't enough words to thank you enough or tell you how important those times were and continue to be to me. I finally believe the light is shining again.

Special thanks and a basket filled with smiles, hugs, and love are sent to Sandra, Karen, Liz, Helen, Wendy, Sally, and everyone else this tired, feeble mind might have unwittingly forgotten. I love you all!
Pays one point and 2 member cents.

Begin Again has granted FanStory.com, its affiliates and its syndicates non-exclusive rights to display this work.
Don't miss one of our own....
Read Kaiku