Everyone carries a burden or two. 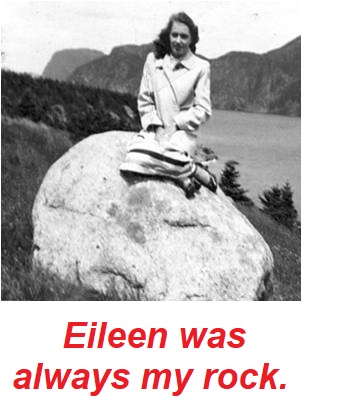 During the past four years, I have had two significant burdens where I could have complained to everyone about my lot in lifeâ?"first, being faced with the news of my wife's diagnosis with cancer and then myself with Parkinson's. Instead, I did not lose faith that my prayers would be answered, maybe not in the order or time I would like but in God's time.

Definition:- "A burden is taking or being given something to carry, for example, having the responsibility of deceit, afraid that anytime someone would expose the fallacy." i.e., that the doctor has a fake medical degree.

A source of great worry or stress; weight: The burden of economic sacrifice rests on the mother, who is the sole provider for the whole familyâ?"responsibility or duty: The obligation of a parent with Multiple sclerosis to prepare children for school each day. "The burden of what he said was to defend the conservative aristocracy" (J.A. Froude) enthusiastically.

People are regularly seconded as jurors to decide an individual's or corporation's guilt or innocence. Therefore, those people have a legal duty to separate two stories with competing ideas that apply to establishing the truth of facts in a trial.

The following data has been gathered from a deep faith in God, 58 years of marriage, where communication was paramount. And five decades of working life experiences, where I traveled extensively, providing me with the good fortune of meeting many excellent people. What made those experiences more notable was my ability to learn from those I met.

I confess I am neither a medical doctor, a psychologist, nor a psychiatrist. But because of my practical knowledge and life experiences, I feel confident in authoring this paper. I must confess that this is not a self-help book or one that brings immediate benefits to someone enduring any of the illnesses mentioned in this story; it is only for reading purposes." Only a story."

Scripture is not my strong point, but I know enough about it to keep noticeably quiet when someone in authority is talking about it. Among those I know and the person I respect the most, I am the least capable of authoring this story, but I feel it must be written. For me, burdens make us strong in spirit, and it helps us develop a bond with God through His son Jesus Christ. We may not walk alone when we see footprints in the sand, but Jesus is carrying us.

As with most of my bible stories, this one began while discussing with a friend who mentioned what their mother would say when she and her siblings complained about certain things. "Consider your so-called problems; now, imagine that God placed all the troubles in the world in front of you. And ask that you select one load you think is lighter to carry than yours."

God gives everyone a burden or two to carry through life. "The saying goes, what doesn't kill us makes us stronger." Some people appear to have more and heavier burdens than others, but that may only be what others see because obligations take many forms: - i.e., external or internal.

Sickness or other outside influences affect our attitudes regularly. But remember that there is always someone worse off than you and me. For example, I may have a problem walking, but I do not have to use a walking aid. But seeing someone in a wheelchair which requires help to move, I am much better off, so maybe I can make that person smile just by smiling and offering encouragement. Remember the adage, "I complained because I had no shoes until I met a man who had no feet." ( Helen Keller). Also, another saying I remember is what our mother used to say to us when we asked for a second helping of food and didn't finish it all; she would say, "think of the people who have none."

Daily, people are told they have stage four terminal cancer; and have less than six months to live. Most people would think that is the ultimate challenge that anyone must face. But take a moment and think about someone who has received the same diagnosis but is also going blind. In another country, a young mother has received the same notice but is worried about leaving several young children behind. Are those two examples not heavier to carry than the first?

Regardless of our surroundings or worldly wealth, many people are better equipped to carry their burdens than others. One reason is that they have a more solid relationship with family, friends, and their faith in God is dependable. They believe that their faith will see them through.

Our close friends have two sons, and their story runs parallel to that of the parable of the prodigal son. The older son was a great student and excelled in academics and physical activities. While the younger boy took the more rebellious path, and regardless of what the parents did or tried to do, it was always a failure; they were constantly asking, where did we go wrong? The question is unanswerable because they did nothing wrong? As a family, it appeared they could never get around the corner. Could they think of the words of Jesus when He was asked by His disciples, "Lord who sinned him or his parents?" Jesus' reply was neither.

I know from experience that it was a kick in the pants when my wife was diagnosed with cancer. But then we realized several positives:- we had a strong bond of love between us, we had a loving family, many friends surrounded us, excellent medical staff treated Eileen, and we had our church family. As a result, although we knew the cancer was terminal, we had those people and services to call on in the dark of the night when we needed it most.

Whether we are informed that we have the most debilitating medical or a simple family problem, there is always someone in a more precarious position them us.

Burdens always come in many forms;- for example, a young couple's relationship may be strained even to divorce because of a medical or financial problem. For instance, a newly married couple is informed by their pediatrician that their first child will be born with an abnormality that the doctor feels is incurable. Is their love strong enough to see this burden through? Could they use abortion as a cure, will they decide to separate and blame each other, or will they choose to place the child in an institution and walk away from their obligations? Those and similar burdens people face each day; only the strong survive.

Two other areas where newlywed couples encounter problems are finances and indiscretions; either one or both can quickly derail a young marriage; with many, the solution is always to point the finger at the other person. Instead of asking God for guidance, they play the blame game. Also, not being able to talk openly about those significant issues only adds weight to the burden.

We know troubles are not always the same size; some people's troubles are much smaller than others. What makes the difference is not the burden's size but how we think about them. For example, it isn't the load that weighs us down; it's how we manage it.

One way to ease our burdens is to show gratitude and compassion to others. When we do that, our load becomes a little lighter. Humans are not islands but social seekers; we thrive on gratification; most of us want to contribute to society because it raises our self-esteem in the eyes of others. Sometimes we cannot do that because of illness or some other restriction; this results in believing we are a burden.

What makes someone a burden? Most human relationships have some degree of giving and take. Many people will not help someone else if they, in turn, are not helped when they need it. However, when we get more than we give, we feel like a burden to others; for example, a person who has lost their driver's license and needs to visit a doctor feels like a burden to ask a friend or family member. Similarly, many are considered a burden to everyone after a significant medical procedure, where real help is needed. For example, I can truthfully say that at a future date, I will face that possibility with my Parkinson's disease.

Whether this illness progress fast or slow, I know that one day I will become a burden to my fellowman. Do I relish the thought? NO, but is there something I can do about it? Yes and no. My Neurologist tells me that if I follow my routine of daily exercise, yoga, diet, and refrain from alcohol, I could conceivably live another ten years and still die of something other than Parkinson's. With this disease, we know there is no cure; the best we can hope for is dying in our sleep. (Kenny Rogers, The gambler). Whenever it happens, Eileen will be waiting for me.


This story is worth reading, and I believe readers will find self-reflection.
Pays one point and 2 member cents.


© Copyright 2023. Hubert Honeycotte All rights reserved.
Hubert Honeycotte has granted FanStory.com, its affiliates and its syndicates non-exclusive rights to display this work.
Don't miss one of our own....
Read Kaiku


Wait... What?
The Art of Misdirection

Pays: 10 points. and 98 member cents
Copyright © 2000 - 2023 FanStory.com. All rights reserved. Terms under which this service is provided to you. Our privacy statement.
top
You Have No Rank
Share 4 posts to be ranked.