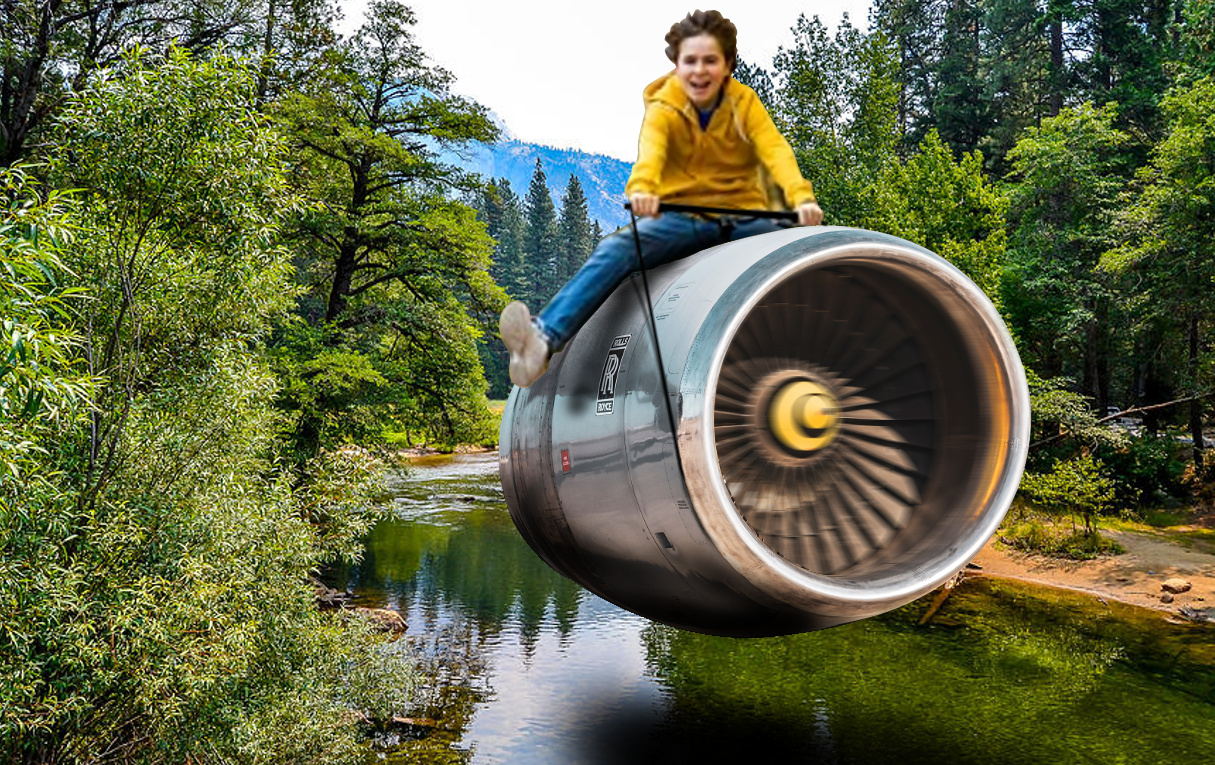 One Saturday afternoon, when we were kids, my best friend,
Brad Hastings, came over. I knew it was because he had a crush
on my sister rather than just hanging out with me. He always
wanted to include her in all the adventures we faced. I didn't
care though, my older sister, Brenda, was pretty cool.

We asked Papa if we could head down to the river for a few
hours. "Just watch out for the gaters and the quicksand," he
said.

"Come on, Dad, we're not that dang stupid," I replied.

"And don't y'all go climbin' those tall trees neither. They're
just as dangerous."

"We won't, Papa." Brenda added. Then we all ran out the back door.

On the way, we spotted a little, beautiful fawn in the clearing. We
quietly knelt down and hid behind the willow tree and watched.
Only moments passed before Brad nailed it right in the head with
his slingshot. We laughed as it ran off wailing to its momma.

Once we got to the river's edge, Brad decided to show off a little.
"I'm gonna climb this here tree. You chickens in?"

We knew Papa said not to but both sis and I said, "Well, heck yeah."

We all climbed about halfway up that tall tree. I looked down and
decided that that was plenty far enough for me. I weren't about to
fall out that there tree and do somethin' crazy like break my neck.
I heard stories of such things happenin'. No siree, I was as far up
as I was going.

Brenda was a little taller than me and went a few more branches
higher but she also decided to stop. Brad, bein' the show-off he
was, kept right on climbin'. "I knew you chicken turds couldn't hang!"
He climbed almost to the very top. I figure that tree had to be a good
eighty foot tall. Sis and I climbed back down and watched his
swaggering.

The thought of what I'd say to Papa or his parents if he plummeted to
his demise, I'll admit, wasn't crossin' my mind as we watched him
purposely start rockin' the top of the tree back and forth, laughing all
the while.

An instant later, he stopped, pointed toward the sky and yelled, "What
the heck is that?"

Sis and I watched as the giant fireball came hurtling down and crested
the distant mountaintop and then blasted straight into Brad.

It turned out, the engine of a Boeing 747 blew and disconnected from
the plane. The massive motor fell to earth and ripped through the forest
trees and crashed, taking my best friend with it.

At the end of his memorial, I swear I heard him yell, "Hey, don't cry, Ron.
I'm just a spirit of the Lord now, and this is awesome!" Then I watched
as my best friend's ghost materialized, then rode an airplane engine
through the sky, all the way back up to heaven.


I created this silly picture myself from a few different Google Images.
Thanks for reading.