She is also an active reviewer and is holding the #7 spot on the top ranked reviewer list. 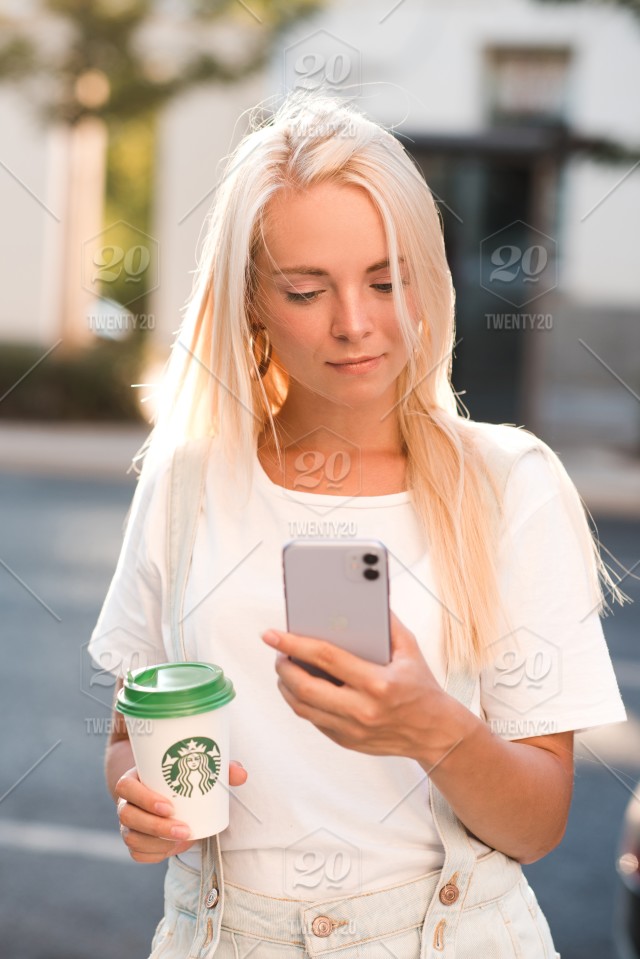 Cordero and Alexandra met 18 days ago.

This part of my previous post I rewrote because two reviewers said the way I had it written didn't review and after I thought about it, I agreed.
*****
Early Wednesday evening, Cordero and Jorge walked into the kitchen, and Jorge called, "We're back."

Alexander turned around as her eyes lit up.  "I'm glad you're home.  Is everything all right?  I didn't expect you until tomorrow."

He stared over her shoulder at Jorge kissing Rosa.  "Dad's fine but needed to return early."

As Jorge walked out the door, Rosa whispered to Cordero, "Is your dad all right?"

"He needed to come back early.  We'll be inside in a few minutes."

*****
When Cordero returned inside, he walked up to Alexandra.  "Why didn't you tell me about Hart?

"Because I'm always causing trouble.  This time I took care of it.  You don't need to."

She rubbed her arms as goosebumps crept across.  "After petting Bendecida, I was going inside.  Gary introduced himself and shoved me against the barn wall.  He said something about a little kiss won't hurt anything."

Alexandra exhaled.  "I kneed him in the groin.  As he grabbed himself, I reached for a shovel and hit him in the head, then ran inside."

Cordero kissed the top of her head and whispered, "It's impossible for you to stay out of trouble, isn't it?
*****

"No, it's good news. I've set a meeting for the women Pat Rogers abused Friday afternoon at four o'clock. Your mom fixed it so we can meet at the church. I have four women attending."

"That's great. I'm glad some women came forward." He walked toward the door. "You want to walk me to my pick-up?"

At his pick-up, their eyes met. He glanced around and then leaned in closer. As their lips nearly met, the outside light flicked on.

Rosa yelled, "Cord, you forgot your coffee thermos." She hurried and handed it to him.

"Did I interrupt something?"

"Of course not." He kissed his mom's cheek. "See you Friday."

When a knock sounded on the front door early Friday afternoon, Alexandra answered. Before her stood a beautiful blonde lady, who asked, "Is Cord home?"

Alexandra glanced outside at where Cordero always parked his pick-up. "Not yet. If you give me your name, I'll tell him you stopped by. Would you like to leave a message?"

"Tell him Joyce is in town. I'm sure he's expecting me. I know he's ready to crawl back. Who are you anyway? You're not from around here, are you? Why are you answering the door? Where are Cord's parents?"

"That's a lot of questions."

"Maybe, but your accent. You're not from Texas. The East Coast?"

"I'm sure you're bored. I was here only for a few days and couldn't wait to leave."

"I'm enjoying myself here." Alexandra started to close the door. "I'll tell Cord you're in town."

Joyce pushed the door open. "Wait; tell him to meet me at six-thirty at the Mexican Restaurant he took me to. I'll be waiting."

"I'll give him the message." Alexandra closed the door and leaned against it. I can't imagine Cord crawling back to anyone. Maybe I don't know him as well as I thought I did. Will he meet with her? Of course, he's a gentleman. It doesn't mean anything, does it? He said it's over. What if he changed his mind?

Rosa walked in. "Ali, did I hear somebody at the door?"

"Joyce wants Cord to meet her at some Mexican Restaurant at six-thirty."

Before Rosa could say anything, Alexandra went to her room.

*****
Later that afternoon, Cordero returned. He remained at the barn with his dad and talked while they unpacked. A little later he went inside. "Mom, where's Ali? I expected her to come to the barn. She usually does."

Wiping her hands on a dishtowel, she said, "She's in her room." When Cordero's eyes widened, she added, "Joyce showed up and wants to have dinner with you tonight."

"This can't be good." He jogged to Alexandra's room and knocked. After she indicated he could come in, he paused when he saw her lying on the bed beside the large dog. "Samson's good for cuddles. Mom said Joyce came by. Can I sit by you?"

She nodded and scooted over. "You're expected at some Mexican Restaurant in," she glanced at her phone, "about four hours. Maybe you should get ready. We'll talk later."

He held his breath when he saw her red eyes. "You've been crying, why?"

When Alexandra sat up, Cord said, "We need to discuss Joyce."

"There's nothing to say. Joyce wants to renew your relationship, and I'll be going back to New York City."

"Is that what you want?"

Her tears crept down her cheeks.

Cordero removed his bandana. "Here. Your tears tell me it's not." He rubbed his cheek. "The times you've kissed my cheek and touched my arm tell me something different too. Am I reading the signals wrong?"

When she didn't answer, he stood. "I'll leave you alone. There's a lot I need to get done. I'll be in the barn when you're ready to talk." He turned to leave. "In case you're interested, I don't have plans for tonight, unless you want to go someplace or go riding." He left.

Before Cordero went outside, his mom walked up. "Care to talk?"

He glanced back toward Alexandra's room. "Ali's upset. She's afraid I'm going back to Joyce."

"Did you address her fears?"

"I told her I wouldn't be having dinner with Joyce. Mom, Joyce and I are over. I told Ali, I'm willing to do something with her, if she wants. She didn't answer."

"I can tell by your eyes you're upset. Your relationship's still in the infancy stage. Neither one of you is sure where it's going. It'll take time to develop." She hugged her son. "I have a good feeling about you two. You're good together, but there are plenty of hurdles you'll need to overcome."

When Cordero entered the barn, Jorge glanced up. "Where's Ali?" He studied his son. "What's wrong?"

"This afternoon Joyce showed up and wants me to meet her for dinner."

Jorge removed his hat, scratched his head, before he replaced it. "You going?"

"Of course she is." He glanced toward the house. "As long as you were inside, I'm guessing you've talked."

"I talked, she was silent."

Chuckling, Jorge said, "I see you're minus a bandana, so there were tears involved." He glanced at the house and patted his son's back.

Cordero glanced up. "Now what do I do?"

Jorge nodded toward Rosa. "What brings you out here?"

Rosa faced Cordero. "Ali needs a ride to town. She has the women's meeting at four."

When Alexandra walked up, Cordero closed his eyes and whispered, "El dolor en tus ojos me esta rompiendo el corazon." (The pain in your eyes is breaking my heart.)

Continuing, Rosa said, "I need my SUV. I'm hoping you could take her."

Alexandra glanced at the amount of unpacking still to be done. "I see you're busy. I'll call a taxi."

Cordero exhaled and then his eyes met his dad's.

She turned to leave. "I understand."

Jorge came closer and whispered, "Hijo, ve con Ali. Es importante para ella. Jim y yo entendimos esto." (Son, go with Ali. It's important to her. Jim and I got this.)

Cordero ran after her. "Ali, wait. Dad and Jim offered to finish. I'd be happy to take you to town. Can you give me a few minutes to clean up?"

Inside, Rosa walked up to Cordero. "I won't plan on you two for dinner."

He winked. "Mom, when have you ever needed the SUV when it's this close to dinner? Pretty good trick."

*****
The drive to town was silent. Once parked, Cordero went around the pick-up and opened Alexandra's door. "Should I stay or leave?"

"Good question. I'm not sure the women will talk freely with a man here. At least stay back. We'll see what happens."

[Sorry, about not posting Monday. Mom's internet was out. I'll try to post on the 29th but can't promise. I'll do my best to post on or by the 30th. We'll be with our son who has two little girls, ones 3 and the other's ones 18 months. I'm not sure about the ability to have a quiet time. Maybe naptime. LOL We'll return home on Wednesday June 2. I'll do my best not to fall and break anything this trip. LOL So far, no falling. LOL]

~~~~~
Spanish accents have been removed so I don't get weird characters in my posts.

Mi hijo & Mijo are Spanish for son. Jorge will use them often.

Bendecido is Spanish for blessed.

Elote (eh-LOH-teh), also known as Mexican street corn, is salty, sweet, crunchy, and creamy in every bite. It hits all the right flavor notes, especially hot off the grill in the summer months when fresh corn is at its peak and abundantly available at every market. It's a popular street food in Mexico and can be served as a snack or side dish.
~~~~~

#####
I changed the name of the town from Alpine to Lobo. The reason for the change is because Alpine is a real town. It's very quaint and a lovely town in West Texas. In this post the owner of the bank, Pat Rogers takes unfair advantage of young ladies, and I didn't want anybody to assume the bank in Alpine is like that. This is only fiction and will always be only fiction.
#####

Jim: One of the ranch foremen's and good friend of Cordero. He takes care of the main house and surrounding ranch area.

Thank you google images of a pretty blonde. Again, yesterday I made changes. I hope I didn't leave in or take out needed words or punctuation. I have no clue why I find these changes that need to be made the day before or as I post. LOL Thank you for the review and encouragement.
Pays one point and 2 member cents.


© Copyright 2022. barbara.wilkey All rights reserved.
barbara.wilkey has granted FanStory.com, its affiliates and its syndicates non-exclusive rights to display this work.

Pays: 10 points. and 1.20 member dollars
Copyright © 2000 - 2022 FanStory.com. All rights reserved. Terms under which this service is provided to you. Our privacy statement.
top
You Have No Rank
Share 4 posts to be ranked.