My great-grandmother was a lady ahead of her times. 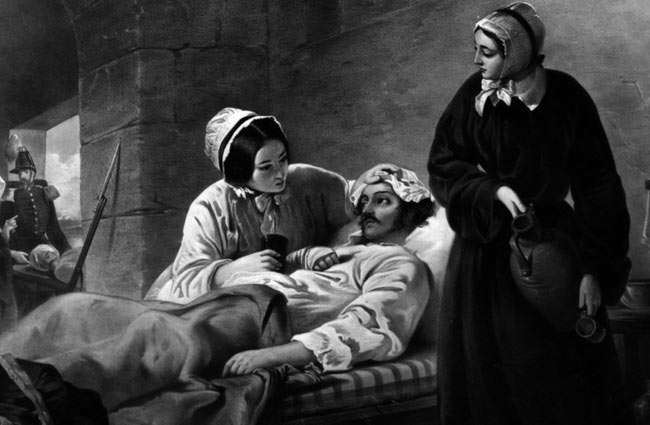 The first of the West family to enter the colonies was John West born in 1590 in Hampshire, England. He was the twelfth son of Lord Thomas West.  He completed college in England and came to the colonies in 1618, immediately establishing himself as a leader. Being a member of a wealthy family, he was able to acquire 3,300 acres of Virginia farmland on which to start a plantation. The land eventually developed into what is now West Point. His plantation was actually named West Point Plantation.

Four generations down the line from him, a member of this original West family relocated from Virginia to North Carolina where the first West, from which I can trace my family with certainty, was born. William Nelson West, born in 1775, was the son of Thomas O. West. William’s family moved again and this time into Mississippi. He was my Great grandfather three times removed. His family had eleven children. One of William Nelson’s grandsons was involved in an incident that caused him to be hanged by a lynch mob, along with three others, in 1909 in Ada, Oklahoma, but that is a story for another day. There has already been a book written about that scandal.

The member of the family I’ve heard the most about was my great grandmother, Sarah Ann West born in Jasper County, Mississippi in Jan 1839. She was a granddaughter of William Nelson West and the daughter of Shadrach Nelson West and Penelope Moody. She was one of the 5 girls in a family with 15 children. It was apparently a very spiritually motivated family, because several of Sarah’s brothers chose to go into the ministry.

Sarah Ann was only 16 when she married 24-year-old Elias Davis in January of 1855. The couple's first child, a son, was born a year and a half later. The following two years brought two more sons into the family. The Davis family didn’t own slaves, but rumors of trouble for big plantation owners was filtering in and the family was starting to be uneasy.

Jefferson Davis was serving in Washington as a Democratic senator representing Mississippi. Sarah Ann wondered if her husband might be related. Elias said he certainly hoped not, because he didn’t care for what he knew of the man. In 1860, Lincoln was elected president as a Republican.

In December of 1861, Mississippi became the second state to cede from the union behind South Carolina and to become a part of the newly formed Confederacy. Jefferson Davis became its president. Not all Southerners were concerned about slavery, but they didn’t feel Washington should be telling them what they could and couldn’t do. The first soldiers to fight in the Civil War were volunteers, but later the Confederacy passed their own version of a draft in order to make sure there were enough men to fight.

This meant it was necessary for Elias to leave Sarah Ann and their 3 small boys, and enter the conflict. Elias had some close calls. At one point, a soldier hit by fire from a Union soldier fell back against him, chipping a tooth. My grandmother boasted that the father still had perfect teeth at 80, except for the chip.

One side of the Davis property was on the edge of a Choctaw Indian Village. There were five tribes of Indians who also fought in the Civil War, and the Choctaw tribe was one of them. Most of the Indians were unhappy with Washington, because so many treaties had been broken, and their people had been pushed from their native lands, so they were willing to fight with the Confederacy.

Sarah Ann found the Indians friendly, and she was comforted by having them close while Elias was away. Many of their own men were away fighting as well. She was amazed at their knowledge of herbs and cures for various

illnesses. She asked questions and studied their methods and cures. Sarah Ann would put what she learned to use later when she became the self-trained mid-wife and country doctor.

In the Spring of 1863, the Union was tightening its grip on the Confederacy, and in order to win the war General Sherman needed to secure Vicksburg. Col. Benjamin Henry Grierson was sent down with Union troops to conduct raids through Mississippi. An incident known as Grierson’s Raid occurred at the Depot in Newton, the town where I was born. It’s a long and complicated tale. There was a movie made about the raid, starring John Wayne and William Holden in 1954, called The Horse Soldiers. Also, for anyone wanting to know more, check out The Battle of Newton Station.

After the raid at the station, the Union soldiers continued 15 miles farther south which took them through Elias and Sarah Ann’s property. Soldiers ransacked their home, ripping up pillows and bedding and allowing feathers to fly in the wind. After taking what they wanted of food, livestock and poultry, they continued south.

In the summer of 1865, the war officially ended. Sarah Ann and Elias continued adding to their family, having three more sons and four daughters. Her last child was born in 1880. My grandma was 3-years-old that year. The oldest girl was 13. By that time, everyone who knew Sarah Ann was calling her to deliver babies. Her reputation spread, and she was in demand for any kind of medical care. One of her treatments for infectious diseases was a medicine she derived from the fungus which grew on bread. She treated the black people as well as the white people in the community.

One black lady Sarah Ann had gotten to know well, had an incurable cancer. She had a baby boy, and she asked Sarah Ann if she would take him. Sarah Ann promised to raise him like one of her own. She enclosed an area on the porch, and built a room for him. Her children treated him like he was a brother.

My grandmother often said that her mother insisted on things being so clean you could eat off of the floor. Her yard was swept clean daily. People didn’t allow grass on their yards in those days. She also said she never heard a cross word pass between her parents. Because Sarah Ann was paid by those who could afford her services, she was able to keep her children dressed in nice clothes. She also took in several of her grandchildren to raise when their mothers had passed away from the complications of having birthed too many children.

Elias died in 1911 at age 80, and Sarah Ann lived another 12 years. She was 84. If I could pick someone who once lived to have a conversation with, I think Sarah Ann might be my choice.

This is the story from the West side of my family and specifically Sarah Ann West (Davis)
1839 -1923.