She is a top ranked author and is currently holding the #77 position.

She is also an active reviewer and is holding the #5 spot on the top ranked reviewer list.

Cordero apologizes and then some. 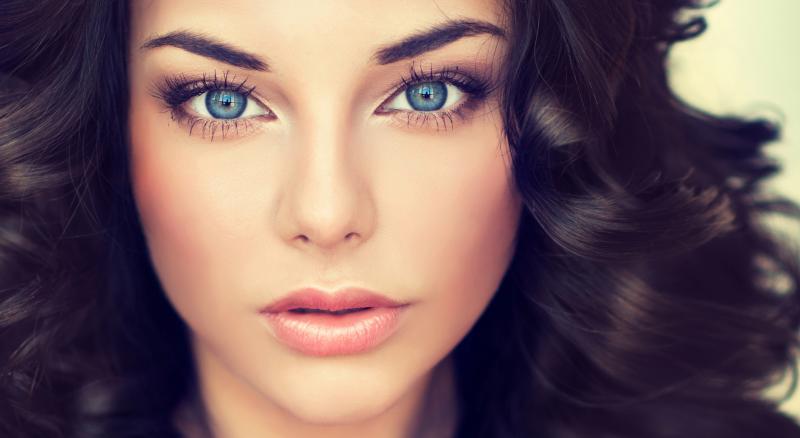 Cordero and Alexandra met 14 days ago

Cordero ran to the corral, grabbed Alexandra's arms, and yanked her to safety. "Jewel's wild! It's stupid to go in there by yourself! What were you thinking?"

Alexandra pulled away and ran to the house.

Jim used a stick and lifted a dead diamondback rattlesnake. "Boss, Jewel wasn't attacking Ali. She was protecting her from this."

Lifting his cowboy hat, he replaced it, and scanned the work that needed to be done. "I need to apologize, but it'll have to wait."

Jorge's eyes met his son's. "My experience with women, after you've told them how stupid they are, you'd better apologize immediately. Get in there and grovel. We've got this."

Inside the house Cordero scanned the kitchen area. Rosa pointed toward Alexandra's bedroom. "She ran in sobbing. What happened?"

"I acted like a guy who didn't have all the facts. I need to apologize."

Cordero knocked on Alexandra's bedroom door. No answer. Again, he knocked. "Ali, I want to apologize." Silence. He texted her. I'm sorry. He heard the ding stating the text was received and the next sound was the phone bouncing off the door. Now, what?

He placed his hand on the doorknob. "I'm not leaving until we talk." He hesitated. "I hope you're presentable. I'm coming in." He opened the door.

Alexandra sat up in bed and used a blanket to cover herself. She glared at him.

He picked up her phone. "Your eyes are sticking daggers into my heart."

She pulled the blanket to her chin. "Since I was wet, I had to change."

"Understood." He set the phone on the bedside table. "You're in bed. Aren't you coming to dinner?"

Cordero pulled a chair closer to the bed and sat. "I reacted and didn't know about the snake. Jim pointed it out. I was scared Jewel would hurt or even kill you."

"You assumed I'm so stupid I'd go into a corral with a wild horse," stated Alexandra.

"I'm sorry. I was scared and spoke without engaging my brain. I know you're not stupid. I overreacted."

"Jewel was very gentle today. She needed fresh water. I knew you were busy and tried to help. She saw the snake, before I did. I tried to get out and tripped into the trough. She was protecting me."

Swallowing hard, Cordero said, "I know that now. Can I see your right arm?"

"I'm worried I hurt you when I yanked you from the trough."

Closing his eyes, Cordero said, "I'm so sorry. I wanted to get you to safety."

As their eyes met, Alexandra studied his before she said, "I know it wasn't your intent."

"At least your eyes aren't shooting daggers any more."

"I should still be really angry, but for some reason, I can't."

"That's good for me. I tend to do dumb things where you're concerned."

As Cordero stared into her eyes, he moved to the edge of the bed and leaned over.

Their lips and bodies crept closer.

"I need to share something." She whispered, "I'm new at this."

He inhaled a deep breath, exhaled slowly, and sat back in the chair. "Thank you for telling me."

Cordero brushed his finger along her cheek. "No need to apologize."

"To start with I need to leave your bedroom. I shouldn't be here." He stood, turned toward the door, and said over his shoulder, "I hope to see you at dinner, fully dressed."

*****
Later when Cordero arrived in the dining room, Jorge was already seated. "Did Ali accept your apology?"

Rosa set dinner on the table. "This was finished before Ali went outside. We kept it warm. Is she coming?"

"I hope so. It looks really good. This is her first attempt at cooking authentic Mexican."

After waiting a few minutes, they prepared to say prayer as Alexandra walked in. "Sorry, I'm late."

Dinner was almost finished when Rosa stared at Alexandra's upper right arm and pointed. "Ali, how'd you get those bruises?"

Before he could answer, Jorge said, "Ali fell into the water trough, and Cord yanked her out."

Rose's eyebrows rose. "I'm sure there's more to that story."

After hearing the details, Rosa asked, "Is this why you're both so quiet?"

After a few minutes of silence, Cordero stood and offered Alexandra his hand. "We need to talk. Will you go outside with me?"

"Yes, but first I need to take care of the dishes."

Jorge nodded. "You two solve the problem. Rosa and I'll do it."

*****
Cordero grabbed a jacket and offered it to Alexandra. "You're going to need this."

She accepted his offer. He cupped her elbow and led her to the bench.

As they sat, Cordero said, "It seems we've sat here before and discussed problems." After she acknowledged he was correct, he continued, "I'm sorry I hurt you."

"Are you talking about the bruises or calling me stupid?"

She nodded. "I've already accepted your apology. I understand how they happened, but to be honest calling me stupid still stings."

"I'm sure it does. Again, I'm sorry. I didn't mean it the way it sounded." After more silence, Cordero asked, "There's something bothering me."

He exhaled. "I'm not sure how to start."

He chuckled. "I'm still in trouble over my last outburst."

Alexandra smiled. "Not a lot, just a little."

His eyes met hers. "Please hold judgement if it comes out wrong." After Alexandra indicated she would, Cordero continued, "When I sat on your bed and you shared what you did, you never told me to stop. Why?"

He moved her chin so he could see her eyes. "We're having an honest discussion. I stopped because of what you said. I care about you, but don't know where our relationship's headed; especially knowing you're going back to New York City. Please answer."

He studied her eyes. "So you need to lean on me. Just so you know I'm on shaky ground myself."

"Before I answer, I need to ask something." He nodded, and then she continued, "Did you and Joyce...ah..."

Cordero watched as she struggled with her next comment.

When she remained silent, he asked, "Did that son-of a-, sorry, jerk blame you for his infidelity by saying it was your fault because you wouldn't have sex with him?" He handed her his bandana.

Alexandra accepted it, dried her eyes, and whispered, "Yes."

His voice rose, "So you were willing to have sex with me, why?"

"I care about you and didn't want to lose you because..." She quieted.

Cordero took her in his arms. "Ali, you'd never lose me because of that." He leaned back so their eyes met. "Yes, I'm physically attracted to you, but that's not the main reason I care about you."

She cuddled into his chest. "Thank you."

"We need to get something straight. To me sex isn't the most important part of a relationship. To be honest I enjoy its benefits, but it's not a requirement."

Their heads turned when they heard Jorge, "Hijo, your mom has some questions about tomorrow morning."

He tightly hugged Alexandra. "Understand?" When she nodded, he asked, "Anything we need to clear up?"

She swallowed. "So we're a little more than friends?"

After chuckling, he stood, took her hand, and led her toward the house. "I'd say a lot more." Samson ran between them almost knocking them down. "Remind me again why I keep that mutt around?"

Alexandra laughed. "Because you love him."

Inside Rosa asked, "Cord, I need to know what time you're planning on leaving and if you want breakfast."

"Breakfast would be great, but I don't want you to get up that early. I want to be loaded and out by five, five-thirty at the latest. What do you think, Dad?"

"I agree. Five o'clock should be our goal."

"Okay." Rosa hesitated. "I'll have breakfast ready at four-fifteen. I'll pack snacks for everybody and thermoses of black coffee."

He kissed her cheek. "Thank you. You do it well."

Jorge pointed at his bedroom. "I'm going to bed. I suggest everybody does the same. Morning's in a few hours, and we won't get a lot of sleep moving those cattle." He left with Rosa on his arm.

Cordero touched her arm. "Before I leave, I want to be sure everything's good between us. I don't want anything festering while I'm gone."

Her eyes sparkled. "Rest assured the only thing that'll be festering is I'll miss you." She ran to her room and closed the door.

He chuckled. Those eyes and that perfume get to me every time.


~~~~~
Spanish accents have been removed so I don't get weird characters in my posts.

Mi hijo & Mijo are Spanish for son. Jorge will use them often.

Bendecido is Spanish for blessed.

Elote (eh-LOH-teh), also known as Mexican street corn, is salty, sweet, crunchy, and creamy in every bite. It hits all the right flavor notes, especially hot off the grill in the summer months when fresh corn is at its peak and abundantly available at every market. It's a popular street food in Mexico and can be served as a snack or side dish.
~~~~~

#####
I changed the name of the town from Alpine to Lobo. The reason for the change is because Alpine is a real town. It's very quaint and a lovely town in West Texas. In this post the owner of the bank, Pat Rogers takes unfair advantage of young ladies, and I didn't want anybody to assume the bank in Alphine is like that. This is only fiction and will always be only fiction.
#####

Jim: One of the ranch foremen's and good friend of Cordero. He takes care of the main house and surrounding ranch area.

Thank you google images for a photo of a beautiful eyed brunette. This post is under 1500 words. This novel is finished, and I've edited probably over 100 times. I, also, edit every day of the previous week before I post. Again, yesterday I made changes. I hope I didn't leave in or take out needed words or punctuation. I have no clue why I find these changes that need to be made the day before I post. As I posted, I made additional changes. LOL Thank you for the review and encouragement.
Pays one point and 2 member cents.


© Copyright 2022. barbara.wilkey All rights reserved.
barbara.wilkey has granted FanStory.com, its affiliates and its syndicates non-exclusive rights to display this work.