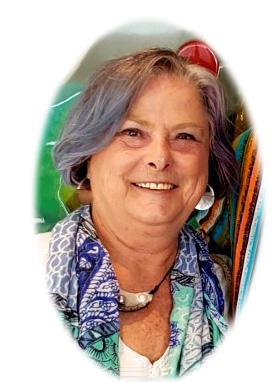 A description of train travel in India in 2001

Two Sisters on a Train

"The local train will take six hours to get to Pune," Mr. Lord, our hotel host, had told my sister, Una, and I. "You must change to the Konya Express train."

This seemed like good advice. At the Neral station, we were able to change our tickets to the Express. Unfortunately, the only space available was in a second-class car with no assigned seats. "I can bare two or three hours of discomfort," I said, "rather than sit on the other train all day." Una agreed.

The Express arrived on time at 10:30 am. Una and I, each wearing a heavy, travel pack on our back and a bulging day-pack across our chest, pushed and shoved up the stairs with the other boarding passengers. As soon as we saw the crowded inside of the train car, we knew we were about to have another adventure.

Every inch of floor and seat space was packed with people, no other western faces in sight. Sari-clad older women sat close together on the wooden benches, while more women and men stood between the seats and over-flowed into the aisles. Farmers wearing crumpled, white dhotis and threadbare business shirts, sat on string-tied baskets bulging with produce. Others squatted on their haunches between the facing seats. Una and I wedged ourselves between stacked luggage and sandal clad feet. Una took her pack off and stuffed it between her legs. I kept mine on. From experience, I knew that would be easier if we had to move.

It took us awhile to find our balance as the train swayed along the track. People constantly shoved up and down the aisle and we had to shift our position each time someone walked by. Though an express, the train still stopped frequently. At each station, passengers get on and off and vendors came on to sell snacks, fruit, bottled drinks, candy, and toys. They shouldered their way through the cars as the train continued, calling out to attract customers. At the next station, the first group of vendors jumped off the train and another group climbed aboard. At one station, a blind beggar boarded and walked through the cars, singing and holding his hand out for coins, his young assistant trailing behind.

I was glad, amidst all this flowing traffic, that I had kept my pack on my back. I didn't need to lift it over and over; I only had to turn and pivot to allow people to pass. However, the pack was heavy. Two young men standing nearby expressed concern for the middle-aged American ladies standing in the crowded aisle. They tried to help me remove my pack, saying, "Too heavy, lady. Too heavy for you." Stubbornly, I kept it on. But, after two hours standing in the swaying train, I began to feel the stress on my back and feet. Finally, the crowds began to thin and our fellow passengers made room for Una and me on a bench. "Here. Sit, Lady. Sit."

What a relief! I took off my pack, nestled it between my knees, and leaned back against the boards of the backrest. For the final half-hour on the train, I traveled in relative comfort.

We arrived in Pune in mid-afternoon, tired but pleased we had weathered our adventure. We would never forget this experience of traveling like a local in India.

This short vignette is adapted from one of a series of eight blogs originally posted on my web-site, klangslattery.com. The series tells of a trip to India in 2001 with my older sister. It was her first time traveling to India, but I had been to this fascinating country 28 years earlier, in 1972/73.
Pays one point and 2 member cents.