I have spent years ignoring writing and reading both, while pursuing careers in trades. Now, a certified journeyman truck mechanic and a plumber I write to relax and take my mind off of the stresses of day to day life. I hope to publish a book someda - more...

He is an accomplished novelist and is currently at the #58 spot on the rankings.

Zander is transported to the Greys village.

A chapter in the book Isle of Dreams 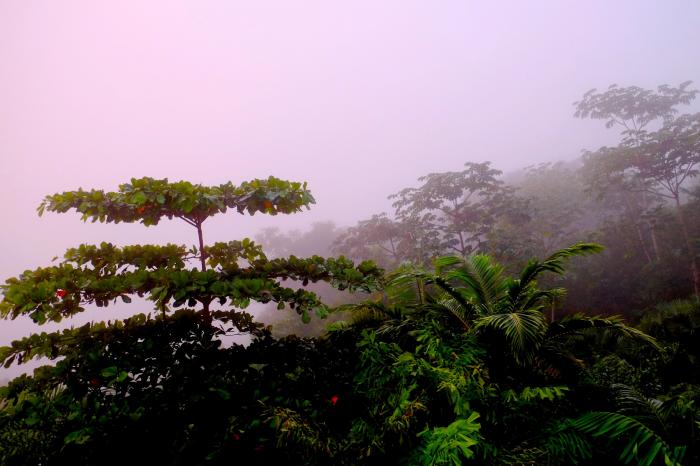 They had taken him to a gate with a black stone wall surrounding it. The gate was made of thick dark timbers and hung open like double doors. Brass trim adorned the latches and hinges. The black stone wall was rugged, fifteen feet high and amongst the dark grey mortar and black rock, small pieces glistened in the sun.

The gate was open, and he could see inside its daunting walls; houses made of stone. Spaced evenly and all in perfect rows with a pathway as wide as a narrow alley. Towards the end of the alley stood a great building, Zander strained to see it, but the straps held him back. Compared to his captors’ savage-like attire, what he could see of the inside of the village could be described as elegant.

Just inside the gate, he could see a courtyard as large as a football field. Fruit trees were arranged thoughtfully with stone paths leading to unknown destinations. Across from the courtyard, a stone wall with a few wooden doors down the side appeared to be an armory or barracks of some kind.
Dozens of Greys were gathered in the courtyard, all facing away from him, towards what Zander assumed was a town gathering. The great voice continued to speak, and the Greys stood at attention. Some were dressed more eloquently than a simple loin cloth and wore pants made of the same rough fabric he had been covered with. Very few of the males wore shirts, though a gathering of what must have been blacksmiths, had aprons made of leather.

Zander looked up at the Greys who had been carrying him. Three stood above him, staring, their expressions a mixture of disbelief and distrust. Two of them were the original ones that had captured him after he had run, leaving Maggie behind.

To his surprise, the third was a female, dressed in the same loin cloth as the males, with brown cloth tied across her chest which appeared to be more for function than modesty. Her complexion was a dark grey and she had hieroglyphic tattoos similar to the leader’s across her muscle-ridden stomach.

Her body was muscular, not skinny, but strong. Her grey skin showing obvious darker areas which resembled a tan. With a tall and upright stance, her narrow shoulders were pushed back and her chest out. The same short spear as the male Greys carried hung in her grip with a pale blue glow emanating from the tip. It was the first time he had seen a Greys' eyes. Hers’ were light green and twinkling with life. So bright they were almost out of place against the greyness of her face and her silvery hair tied in a milkmaids’ braid with light bangs covering a portion of her forehead.

The female spoke in whispered tones to the elder and he nodded, their gaze never leaving Zander. He watched nervously as the female took the front of the poles and the elder took the rear, picking him up with ease.

The leader grey strode alongside, with a proud, smug expression. They marched through the courtyard while the leader barked at the Greys who stood in the way.

"Gerta caan hen vee!!" The leader pushed as needed and most Greys jumped out of the way with gasps as they saw Zander laying on the rudimentary gurney. The crowd stared at him as if they had never seen something like him before. He stared back in astonishment. The whole crowd appeared to be of a similar age, maybe thirty years separated the youngest from the oldest. Perhaps age 20 to age 50, no children, no old. In fact, the oldest he saw looked to be his captor who stood at the rear, carrying him.

Zander realized he was a captured prize. He wondered what that would mean for his future. A common denominator among the group was the toothy necklaces many of them wore. Their faces showed no fear, only curiosity, and twinges of anger as he passed them by, helpless to do anything if one of them was to attack.

Craning his neck to see where they were going yielded him nothing; the bonds holding him were too tight. At best he could see the female Grey's silvery braid against her bare shoulder as she led the way through the crowd. Looking towards his toes he watched the elder Grey, his hands gripping the poles supporting him, and his face expressionless, staring straight ahead.

Having covered what Zander guessed to be a hundred yards, they stopped. Zander was about to get a look at why the Greys had been gathered in the courtyard before he was there. His carriers stopped and turned. Before him was a platform made of dark red wood, large posts on stood across the front with hemp rope binding the cross braces together. The flat of the stage was made of the same-colored wood, planed and smoothed to create a base. Upon the top at the rear were six thrones made of glassy black stone and inlaid with gold strands.

Seated in the three thrones to his left were three Grey males, and on the right, three females. They were dressed in much finer clothing than anyone else and all held ornate staffs of varying design. The staffs were glowing from top to bottom with a royal purple hue.

The grey standing beside him turned and began to loosen his bonds. Zander felt relief as he could finally breath deeply again.

"Gerta feh, binay hin." He motioned for Zander to get up. Sitting up, he surveyed the crowd, the stage and those around him. "Hasta feh!" The Grey commanded aggressively, throwing his arms open in frustration.

Zander started to swing his legs over the edge and pain soared up his leg. He let out a little yelp and began to protest. "I can't!" He pointed to his leg, "Look at my ankle. I can't wa..."

"Ossalis!" A voice from the stage boomed. A humble crown sat upon the speaker’s head. The king nodded to the female who had carrying Zander’s gurney, and she motioned for someone nearby to take the poles which held him up.

She walked deliberately towards his feet and held her spear, now glowing bright pink, near them. Ossalis leaned forward and her long braid fell over her shoulder and brushed Zander's leg. While murmuring in her foreign tongue, she held her spear close to his ankle, almost touching. Zander had to look away from the bright light as it pierced his eyes. Placing her free hand just below his knee, Ossalis began to slowly slide it down his leg and towards the wound. Her hand became encompassed in the glowing light, and bolts of magic leapt from the spear to her arm.

Ossalis stopped speaking and closed her eyes. There was a flash that surrounded Zander for a second, then the glow was gone. Ossalis stood, only a tiny pink glow from her spear now, no more than a matchlight. Breathing heavy, and with sweat on her brow, she turned to the stage, nodded to the seated eminence, and turned to face Zander.

He looked at his ankle, it was completely healed. Not a mark on it, save for a scar where the bone had previously been poking through. But it looked like an old scar, years old, not something that had just healed.

“Kelta hene veem,” Ossalis spoke in a gentle, yet direct tone. She stood to the side and allowed him to get up motioning for him to stand. Zander moved slowly, not quite trusting his healed ankle. He placed his full weight down on his feet, then stood on just one leg, testing the repair. It felt solid, though his legs shook in fear and disbelief at what he had just experienced.

She stood beside him and delicately placed a hand on his back and directed him forward, walking beside him towards the steps on the platform. Zander moved slowly, taking his steps only as Ossalis pressed on him more firmly. Eight steps later, and they were at eye level with the seated dignitaries.

Zander hadn’t seen it from the ground, but between him and them was a great metal bowl. Copper in color and heavily dimpled like a golf ball, it was sunk into the platform about four feet, and was as wide as a small room. He guessed it to be a burning pit, though it contained no ashes or remnants of a fire.

Those seated took their staffs, which lit up with different colors as they grabbed them. He watched, as they gracefully strode to the pit, until they were all gathered in a semi circle around the pit. In pairs, they touched the rounded copper edge of the pit with their glowing staffs. Flame flickered across the pit, its color matching the blue and yellow of the first two staffs. The pit groaned with the sudden exposure to heat. Like two snakes moving around, the small flames danced up and down the great bowl, chasing each other as they went.

The next two Greys reached down and touched the copper rim. Green and pink joined in the fray of flames flowing about in the pit. The first flames grew larger as the others swirled about them, as if being fed off each other. Zander tried to take a step back from the flames, but Ossalis pressed him forward and didn’t allow him to move.

Only two left, the king holding a white staff, and the other female holding a red. Finally, the crowned one looked to his partner, who Zander noticed was dressed more elegantly than anyone, and they touched their staffs to the pit. The flames flashed high. Past their heads and into the sky. The flames went up with a blur but never went outward of the pit. A multi-colored pillar of fire stretched for the clouds; all colors distinct yet blurred together.

Zander looked up, the rush of the flames still in front of him felt like a jet engine in the face. He stared in awe for a few seconds and looked to Ossalis who had her head back, eyes closed and, oddly, a smile across her face.

As he watched the pillar, a feeling of euphoria began to creep into his soul. He felt alive like he never had, almost like he was floating and carried by a force he didn't care to understand. Closing his eyes and leaning back with his arm outstretched to his sides Zander relaxed. A wave of life inexplicably coursed through his body. In a few seconds more he would feel nothing at all.


Thank you for reading and reviewing. I appreciate critical reviews as this chapter is in second draft. Thank you to supergold for the image! Hope you enjoy!
Pays one point and 2 member cents.


Surreal Office Life
80 words without for the contest