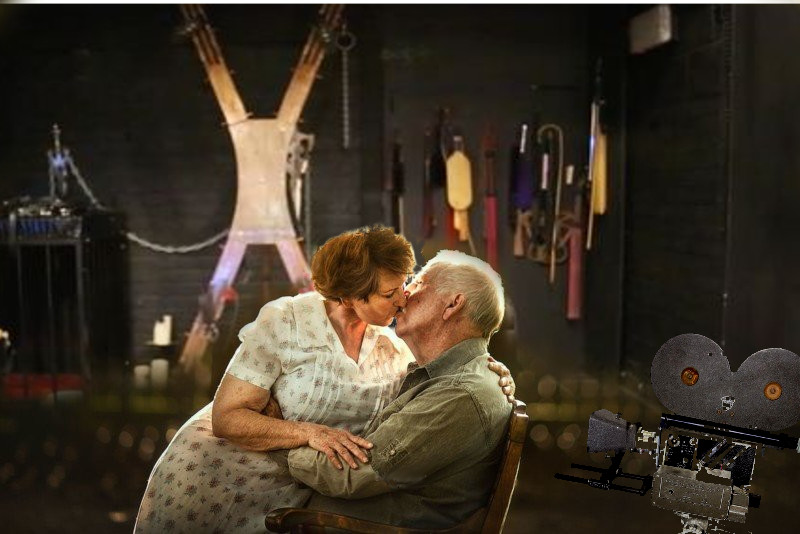 My dad owned my grandparents' house for seventeen years. It
was left to him in their will. He rented it out for a long time, but
the upkeep was just too costly and time-consuming. Within that
time period, I became a carpenter by trade and he simply sold
the house to me for a price I couldn't pass up. I was going to
totally renovate it and do the same thing, rent it out.

I was going to work my way up from the basement to the roof
until I had it done. One wall of brick in the basement didn't
match the rest and was also very poorly constructed. It had to be
replaced. So that was my first obstacle of the project, a new wall.

The sledgehammer burst through the masonry easily. Too easily.
The wall wasn't against dirt or support beams. The bricks just fell
through and landed on the other side. I grabbed the work light
and held it up to the hole. There was another space on the other
side. I knocked out a few more bricks and extended the light
through. It was another hallway leading to a locked door. Using
bolt cutters, I snapped the lock free, opened the huge door and
went inside.

With a flashlight, I found the light switch and after all these years,
it still worked. I couldn't believe what I saw. There were things
hanging all over the walls, each that clearly had its own purpose.
Some, too, hung from the ceiling or folded out from the walls.
The weirdest part was the camera on a tripod in the middle of
the room. To me, it looked like from around the thirties. On
numerous shelves were reels of film. There had to be five hundred,
if not more. Plus, a projector for them.

I went back and grabbed a sheet from the basement down the hall.
Then, made a makeshift screen on the west wall and got the
projector ready. It, too, after all these years, still worked.

What I saw was something I'll never forget, something no one
was ever meant to see, especially not me. I nearly retched. There,
projected on the wall, was a black and white movie. A movie made
right there in the room I was standing in.