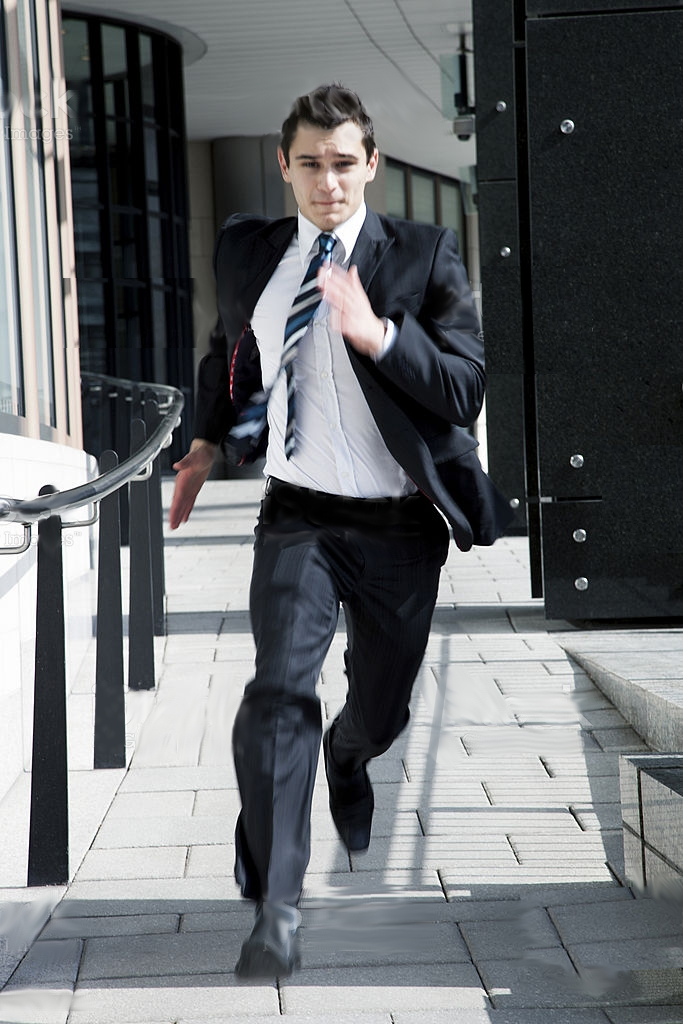 Scene: Mark Weston is sitting in his cubical chair at the office
where he works. His day just began and he's enjoying a fresh
brewed cup of java and checking his phone before he starts with
his daily routine. Moments later, his eyes grow big at what he sees.

Mark: (yelling) "This is impossible! I can't believe it! It just can't be!"
He nearly topples over from the shock.

He leaps from his chair and starts running for the exit door. He runs
right past the CEO's open office windows and leaves without saying a
single word to anyone. He doesn't even care about the consequences
of these actions as he jumps numerous steps at a time, down the stairwell.

Once in his Audi, he does two donuts and burns rubber out of the parking
garage. He blasts right through the garage toll gate at fifty miles an hour.
He races around multiple flashing school buses as they're loading
children and runs every red light on his way home.

He slams on the brakes and skids sideways, smashing into the tree in his
front yard and then jumps out. Not bothering with keys, he kicks the
locked, front door so hard it comes off the hinges.

From the upper floor, his wife, Brenda, comes running down the stairs.

He meets her at the bottom of the stairs and opens his phone.

Mark: "You will never believe this. I am still in utter shock."

Mark: "Perhaps you should sit down first."

Brenda: "Just tell me, Markus! What?"

Mark: "Okay." He takes a deep breath and continues, "Well, you
know that 5-7-5 prompt you entered last night, with the
deadline of five in the morning?"

Brenda gasps for breath and loses her footing and falls into his arms,
where they both just stand there in a tender embrace and weep for joy.