She is an accomplished poet and is currently at the #21 spot on the rankings.

She is also an active reviewer and is holding the #19 spot on the top ranked reviewer list.

Closing In; My Grand Jury Testimony 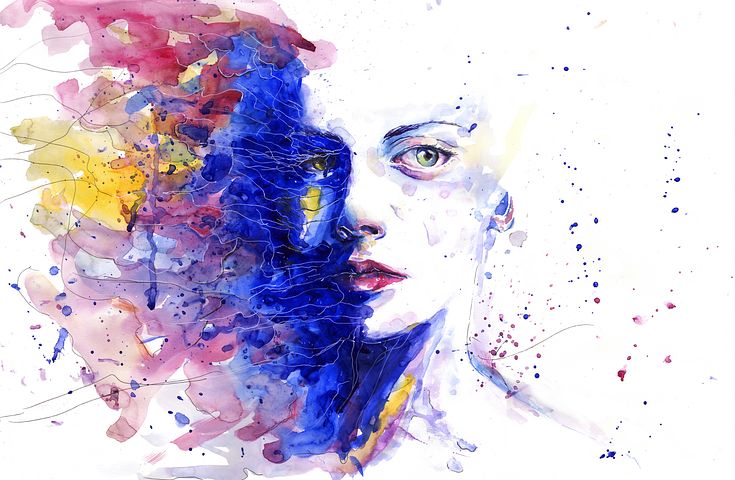 "There's much more, Miles, more than we could ever imagine. His DNA was matched to a 1990 rape kit taken from a New Orleans street performer--Millie Jean. Doctor M saw the similarities to Camille's case and ran it again. It's your sister...."

The look on the face of Jean-Baptiste said it all. "Our deceased mother's name was Millie Jean-Baptiste, and was very talented musically. I understand the name choice. Tell me, how will I confront my sister? She may not remember any of it!"

Samson stirred his master with his snout, and took off in a trot, this time headed due east. "Oooooooooooooooowhoo!"

The search for Eugene Izard intensified in an area known for its sugar cane production since the early 1900s.

Samson didn't let up, nor did his master, Lieutenant Miles Jean-Baptiste, and partner, Detective Mike Lembowsky. A fresh, nitrous smell in the air signaled a change in the soil. The three came to a post-and-rail fence at a plantation's boundary and halted.

"This is it," assured Detective Lembowsky. "The coordinates Doctor M sent are spot on."

A tall man approached, dressed in bib overalls and a white cowboy hat, ordering his hirelings to busy themselves.

Sensing he was a man of rank, and undoubtedly French Cajun, Jean-Baptiste addressed him in his native tongue.

"I speak a little English, Inspecteur."

Jean-Baptiste switched to visuals, holding up his satellite phone. "Have you seen this man? His name is Eugene Izard."

"Yes, Inspecteur...." The supervisor pointed to the log cabin at the end of the platted rows of sugar cane and winter wheat. "He is there."

The sound of a helicopter closed in, the whup-whup-whup bending the tall stalks into submission.

"How many in the house?" asked Jean-Baptiste, raising his voice above the roar.

"Only the one," the man replied.

"Yes, Inspecteur. The family has gone to Samaritan's Crossing for Saturday evening mass--his father and sister.

The FBI took over the mission, the SWAT Team circling the cabin.

"We have everyone in place, and the area secured, Detective Lembowsky," radioed the head of the tactical team. "Sheriff Holt has barricaded the main road to the family's homestead. Are you and Lieutenant Jean-Baptiste in place?"

Remaining low, the two detectives split up. Mike Lembowsky headed to the cabin; Miles and Samson went back to the bayou opening, just in case they had been misinformed.

I was the first to be seated before the Louisiana Grand Jury; Jackson and King were escorted in a few minutes afterwards and seated to my left. State Prosecutor Roy Fitzgerald Owens was to my right, busy setting up a crime board.

I could feel the afternoon sun on my face as coffee was brewing somewhere nearby. The informal setting and creature comforts put me at ease as the jury's foreman began.

"You're looking well, Detective. We are so glad to have you here today. Would you state your full name and job title for the record."

"And your salary, per annum?"

"I do not take a salary, Mr. Foreman. I have everything I need. As you may know, I'm the sole heiress to the Andre Dupree art and diamond fortune. I think that's what got me into this mess with Anthony Alfanzi to begin with, if I may speak freely."

"While on vacation to the gulf shore, I had decided to take on a difficult cold case for my friend, Lieutenant Miles Jean-Baptiste. I'd learned that he had spent his entire savings looking for his missing sister, Camille. I had this notion to sell one of my uncle's oil paintings, Calla Lillies, with the hope to buy Miles a house. On our way back to Louisiana Township, my family and I stopped in New Orleans to visit art curator, Duran Gibbons. He offered me $500,000 for the painting to be paid upon delivery. This exceeded my expectations, and I thought at the time this would be a win-win for everyone. I could not have imagined in my wildest dreams the events this painting would set in motion."

Prosecutor Owens interjected, "Sally, do you remember the date of your visit to the gallery?"

"Yes. It was my birthday, May 23rd, and the same night Duran Gibbons disappeared from his gallery office. Jackson can attest to this."

"So what makes you think this was nothing more than a series of coincidences, Detective Law?"

"Respectfully, sir, there are too many coincidences to ignore. Call it synchronicity, a series of unusual occurrences, or Providence--if you will. I know Mr. Alfanzi paid a visit to my precinct, asking for me by name. He'd obviously had his sights on me for some time."

"Thank you, Detective. This has been most helpful. Let's switch to the day you encountered Anthony Alfanzi in River Ridge. We've arranged paper cut outs of six men. Prosecutor Owens, if you will apply the cut outs to the wall over there," the foreman directed.

"King and Jackson will identify him," I offered without hesitation. "Let me know when you are ready, and I will release King on command."

"Jackson, if you will step aside behind the partition and let King go first," requested the foreman.

I gave my gentle shepherd a good petting, asking for his best behavior.

"Okay, detective. We are ready for your fine specimen of a dog."

"King, identify the man." I said, pulling off my neck scarf. "Who did this?"

King touched me with his paw, then let out a whine. It took him one minute to identify the photo of Anthony J. Alfanzi. My husband re-entered the session and did the same. "That's Anthony Alfanzi," he said, pointing.

Tony Alfanzi made his way over the newly laid white gravel, relishing the cooling sensation of the menthol cigarette he'd pawned off the warden. The sounds of ordinary life could be heard in the distance: a faint whistle of the five o'clock train, and the town clock chiming five bells in confirmation--things the criminal never thought he would miss in his lifetime.

The old security guard was as quiet as ever, and shuffled along in front of Tony until he came to the double doors of the main lockup. Two men checking off their community service were working together to clean up an overturned meal cart, with buckets, mops, and yellow cones tossed about. "What's this?" questioned the guard.

"What does it look like? Go around to the side door," said the bossiest of the two.

The guard nodded to the men as they turned the corner, giving himself away. Alfanzi was prepared though, clever cat that he was. He'd seen this betrayal coming from the substandard security guard, no doubt hired by the murderous Eugene.

The warden appeared, seemingly out of nowhere.

"Hello, Warden. I think they're planning to do me in. Bet you a pack of smokes the old man has a knife, fresh from the kitchen in his pocket!"

Sure enough, a knife was in the security guard's pants leg, but not of the kitchen variety. "An X-ACTO knife!" the warden exclaimed. "Planning on doing some Christmas crafts?"

The guard and the two orderlies remained silent until the prison police arrived and hauled them away.

The grateful warden threw a pack of menthols into the air; Alfanzi catching it with cuffed hands. "Two a day in the outside smoking area. The attending guard will light you up. Don't abuse my kindness, Tony. Understood?"

Christmas had come early for the prison snitch, or had it?

Criminal mastermind, Tony Alfanzi, AKA Anthony Fabio, and street name: Tony the Tiger. Likes to work alone unless it suits him to do otherwise. He has recently set his sights on The Blind Girl and her fortune.

Analiese Irving: Curator of The Fountain Gallery in New Orleans.

Eugene Izard: Arranges contract killings. DNA has him linked to the assault of Camille Jean-Baptiste, AKA, Olivia Henry.

Cameo appearance by Russ DeWoody from my book, 'Double Blind.'

The X-ACTCO knife is typically used for crafting except when it's not. It is extremely sharp and sleek.

Translation: Hello, I am with the police of the Canton of Lafayette. Do you speak English?
Pays one point and 2 member cents.

Pays: 8 points. and 62 member cents
Copyright © 2000 - 2021 FanStory.com. All rights reserved. Terms under which this service is provided to you. Our privacy statement.
top
You Have No Rank
Share 4 posts to be ranked.