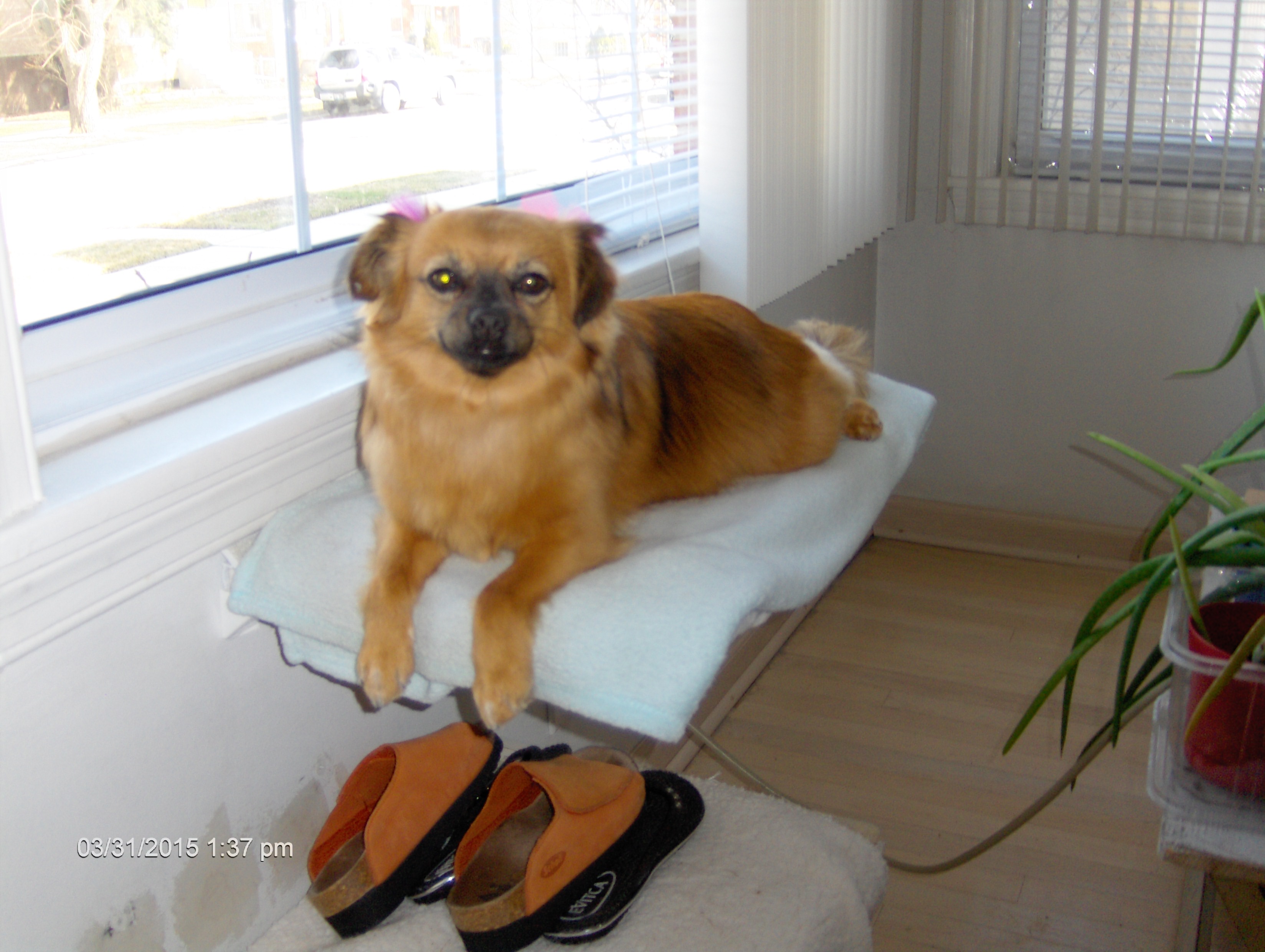 I started programming November 1963. After designing an artificial Ego (Cogitator) in 1995, I knew how we all operate our bodies. Have fun is my motto and "Always Be Happy, Never Be Satisfied" is my mantra.

He is also an active reviewer and is holding the #90 spot on the top ranked reviewer list.

When I experienced my epiphany on February 6, 1982, I was both euphoric and petrified. I felt like I had fallen into a river of understanding and didn't know how to swim.

I have struggled to find words that can delve deep into consciousness and help others find that same stream of thought from that day. Why? Because it is the "follow your bliss" that Joseph Campbell suggests we should all do. When I connect with others on the path to awakening, it makes all my swimming worth the effort. It is my "Reason for Being."

All of us regard the universe we create from our individual and peculiar point of view. How we describe and explain our perspective to others depends upon language and action. My newly acquired idea was overwhelming. How could I share this view with others? I would have to study and research to create the best possible communication possible. I will spare you the details of the dozens of books and thousands of hours I have dedicated to forging a meaningful message.

My focus turned from WHO I am to WHAT I am. That wasn't hard to do because my epiphany destroyed all egoistic tendencies. (Thank you, Ego, for stepping aside and letting me back into the driver seat.)

Ego is meant to be a navigator for our meanderings and could no longer tell me where to go without my permission. My life wasn't all about knee-jerk reactions to stimuli before this, but a large part certainly had been.

I spent much time meditating on communication and why we do what we do. However, there were still bills to pay and other distractions. Having been exposed to some twenty years of experience in systems analysis and five or so years selling automation software to high-level executives in the Fortune 500, I had enough value to be hired for a two-year stint in Saudi Arabia.

Getting away from my comfort zone and submitting myself to another culture shock (my first was coming to the United States when I was ten) would allow me to grow. Between the two years, I took a 45-day tour of the world that further opened my view. It helped clear my mind and steeled my resolve.

When I returned to the US, I again dived into my stream of thought and felt more comfortable swimming in it. At times, I floated and contemplated my eventual destination. I did not know where I wanted my river to go yet.

I thought about that day in February that had created my epiphany. After a class created by Wilson Learning -- Counselor Selling, a highly advanced sales course deep into psychology and interaction during the sales cycle. I had noticed that the class did not have an accurate depiction of the process, so I contacted the creator of the course - Larry Wilson.

At the time, Larry was attempting to define and create a Corporate Brain. I had a pretty solid idea as to how to make that happen. After speaking on the phone for some minutes, he invited me to his Pecos River Learning Center at his expense.

The Pecos River Learning Center is about thirty-five miles north of Santa Fe, New Mexico. Larry had acquired about ten thousand acres to create this playground.

He had given me a free pass to his "Ropes Course" of three days' duration.

Taos and Santa Fe are artist meccas, primarily because of the incredible pure light that painters love. After New York and Los Angeles, Santa Fe sells the most paintings. (The town had about seven thousand residents at the time.)

When I woke up the first morning on the ranch and walked outside in the brisk, fresh air to look at the sky, I understood why artists love this place. The clarity of light is unmistakable.

The "Ropes Course" is three days of breaking down the stubborn Ego, aimed primarily at stodgy and conservative corporate executives. We were blindfolded and led by the elbow through rocky hills, made to fall backward from a six-foot platform into the arms of our comrades, climb a rock wall that necessitated having to let go of footholds to reach the top, etc. All activities aimed to engender trust in others and remove egotistic behaviors in the process. There were group meetings as well to discuss our feelings and interact about our shared experiences.

It wasn't until the last day that Larry and I got to meet. I presented my case, and he stopped me much before I concluded to call his entire staff into the meeting room for them to hear what I had to say. That's when I knew my stream was going in the right direction.

I still had not defined as much of the stream to myself as I wanted. I spent three years studying the Rosicrucian "Mastery of Life" course, reading more books, and continually developing a better understanding of myself.

Time, Space, and Knowledge by Tartang Tulku was one influential book that gave me further insight. It led me to studies of the brain and how we build our universe or, at least, our view of that universe. I finally reached the point where I could not see anything "wrong" in my picture, save when my Ego took control of the wheel. I learned how to calmly put it aside and return it to the navigator position. That's when I turned my attention to the current human condition.

We can all gain self-control.

Being human is a fantastic gift. There is no other creature we know of that has the range of capabilities and potential we have (maybe dolphins.) There are many traps humans fall into on the way to enlightenment, though. One of the most dangerous is habit. Another is action without thought -- (the Pavlov dog response or knee-jerk reaction.) Another is the herd instinct that groups us and insulates us from interacting with other groups or individuals "Birds of a feather..."

My first attempt at understanding was duality. I knew that wave/particle, yin/yang, frequency/amplitude, one/zero, and many other analogies meant the same thing. No form can be perceived or exist without this duality. Form following function or functions creating discernable forms is the chicken and egg paradox. How does this understanding apply to groups?

We are social animals. We want to feel we "belong." Many of us will do anything to "fit in" the social circle we want to be with, sometimes sacrificing our real purpose. We want to love and be loved from the moment we are born and perhaps before that.

In creating these social circles, however, we may encounter values and beliefs that exclude others. Many values and belief systems cannot possibly be actual, but many people "go along with the flow."

My stream of thought doesn't flow that way. There are no values nor beliefs in it. I either know or do not know. What I know is founded in truth, and what I don't know until I can incorporate it into my base of understanding and vocabulary. No assumptions of Ego are allowed to wade into my stream.

Social stratification occurs because of levels of understanding. Maslow's Hierarchy of Needs depicts these levels (and have been expanded by others.) The truth is, we have no needs other than consciousness - only wants or desires. It is what we want that drives the economic system, not what we need.

These unnecessary and egotistical wants are despoiling Mother Earth. As I've written in other essays, we do not need oil -- we need clean water and clean air; we need love and compassion, not atomic weapons; we need to share this planet, not assign ownership of pieces of it to the chosen few. It seems that the chosen few are leading this world into oblivion. We need new leadership for the masses unwilling or incapable of seeing this more excellent view.

The current lords and masters have many ways to spend money that they can put into their coffers. (A recent study stated that the richest eighty-five people on earth have as much wealth as the bottom 3.2 billion people.) That appears to denote inequality. How do they maintain control over the minds of the unfortunate and the disenfranchised? Why is there no outcry and revolution to depose these people and end this unfair and cruel treatment? The answer is lack of understanding to some degree, but more importantly, it is the inaction of those who could take the reins away from the oligarchs and plutocrats. Oligarchy is government by the few and plutocracy is government by the rich.

I have taken it upon myself to coin a new word for the next revised version of the dictionary -- Plutarchy. You saw it here first.

Government means to rule or influence others to perform behaviors according to a set of laws or agreements. Religion is a form of government. The Constitution of the United States is the set of laws and agreements establishing acceptable behaviors in society. The Bible and Koran, etc. do the same thing. One appeals to the material sense while the other affects the spiritual sense. This is how politics and religion govern the masses.

When I first started writing COBOL code, I became enamored with the IF/THEN statement. Simply put, it is the decision point for what the program should process next -- "IF value X is greater than value Y, THEN do this..." One aspect of this powerful decision-making tool is that I could "nest" multiple IF/THENs to make more complex decisions -- "IF this condition AND IF this condition OR IF this condition, THEN, THEN, THEN..." I still use this concept to analyze any new information I receive.

This is how I connect my existing base of understanding to new information. It is how I reached my current state of Being. I am an information processor evolving by understanding -- I am a Being in the Process of Becoming a greater Being through understanding. We all are.

I started studying communication, linguistics and semantics to find better ways of stating my view. English is my second language; computer languages follow. Nine months after arriving in the States not speaking a word of English, I came in second in the school spelling bee. I even surprised myself. The significance of this result was not that I did it, but that I learned the language from the dictionary. Having to go through the mental gymnastics from French to English and English to French gleaned much more meaning from words than most native-born people.

We receive all communication through our five physical senses. The message is felt through vibrations that carry both frequency and amplitude. The vibrations created by these words are felt by your eyes and interpreted as the image I want you to contemplate. Your brain has two hemispheres. The left interprets the frequency of vibrations and the right, dimension of amplitude. If I have verbally painted the image I have in my mind properly, you will build that image in yours. We will have successfully communicated.

Previously published in a different form...John
The picture is the Mandelbrot Set
Just like Neo's Matrix
It is visible in three dimensions (30 minute tour on-line)
Its exact opposite is imbedded as an analog mirror
Pays one point and 2 member cents.