The modern cityscapes of Korea hide a dark past, watch out! 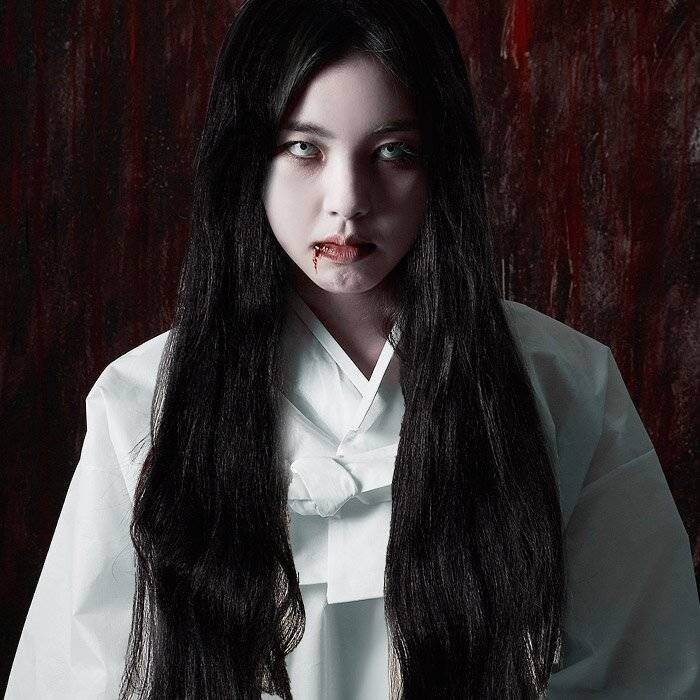 I staggered home drunk, arm around my friend equally blitzed. We had just finished an exercise as soldiers in South Korea, enduring a week of army pre-packaged food and no showers in summer heat. We walked back through the streets towards base, and heard a blood curdling scream that permeated the air. Instantly sobered, we came face to face with a gore drenched specter, a Gwishin. She was dressed as a 1930's prostitute and had horrid scars, a mark of having been a "comfort woman" during the Japanese occupation. Her ethereal hand was inside another soldier, blood geysering out as she ripped out his entrails. She turned to face us, smiling, a beautiful nightmare. The Gwishin glided towards us, and we met the same fate as she plunged a hand into each of us and pulled out our guts. We howled in pain, shredding our vocal cords as we died.

*EDIT NOTE BASED ON FEEDBACK* I should have better explained that my time in Korea referenced below was a few years ago, as a large contingent of Americans are based there and in partnership with the South Koreans, and have been since the armistice in 1953. I am not a veteran of the Korean War (1950-1953).

A Gwishin is a Korean ghost.

I wanted to write something about my time in Korea. I actually loved the assignment and had experiences such as this one, though I did come close to breaking the curfew a few times.

I also wanted to highlight that in some ways the entire Korean Peninsula has been in a war mindset and war economy not just since the 1950s, but for generations before, and pay homage to all that died and suffered in wars of colonialism and conquest.
Pays one point and 2 member cents.


© Copyright 2021. SHABAMO All rights reserved.
SHABAMO has granted FanStory.com, its affiliates and its syndicates non-exclusive rights to display this work.