I am a retired Detective Lieutenant from a large suburban police department north of Detroit. I always enjoyed writing. However, until my retirement I never seemed to have the time.

Writing has become a passion for me. Some people golf, run, - more...

A young hockey must overcome a severe injury. 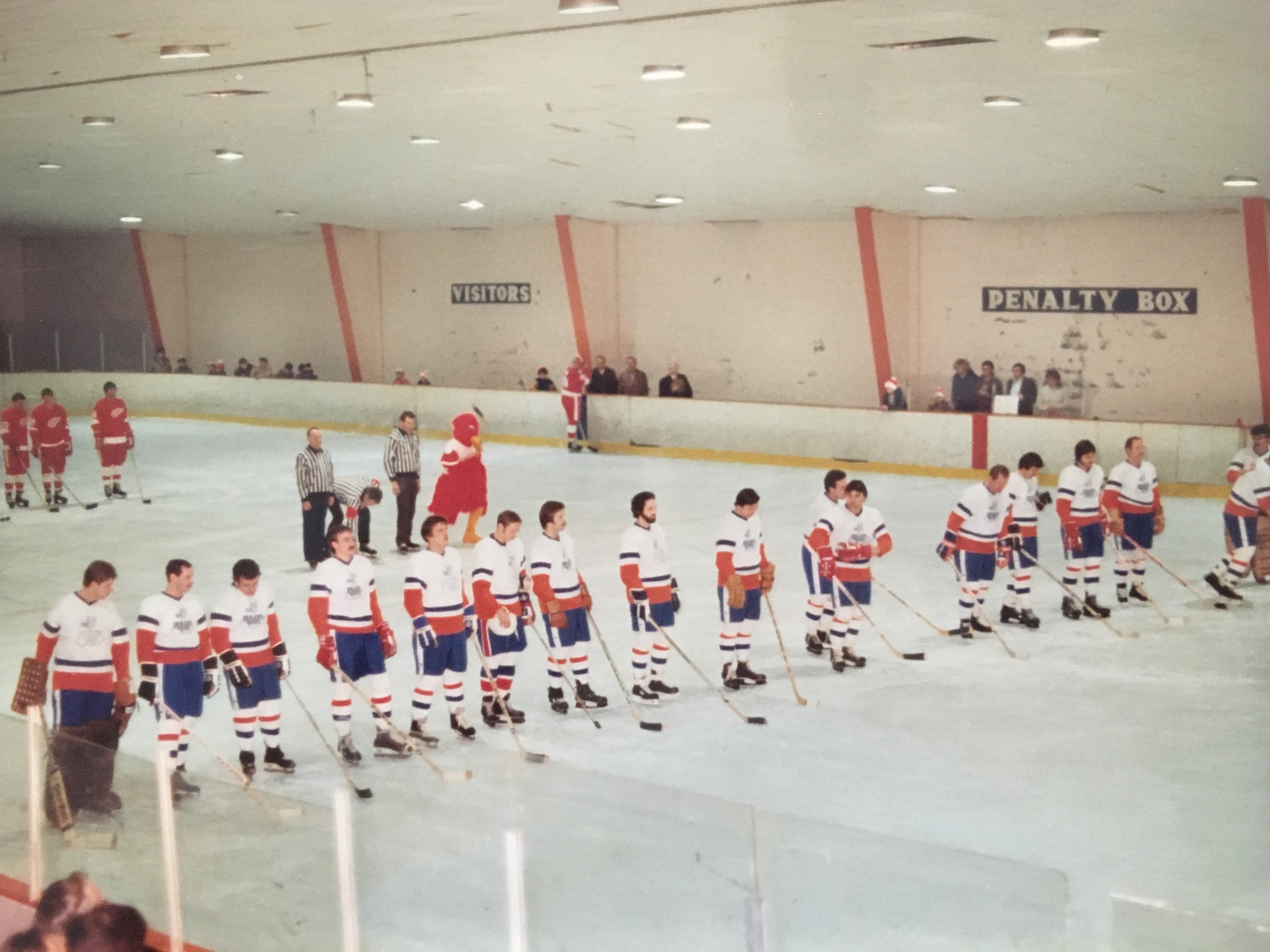 It happened late in the third period during a game between our hometown hockey team, the Humboldt Mavericks and the Moose Jaw Lancers.

Terry Anderson was a sixteen-year-old right winger and my son's best friend and teammate.

With about five minutes left in the games and the Mavericks ahead by four goals. Terry tripped and fell awkwardly headfirst into the boards while going for the puck behind Moose Jaws' goal.

The referee immediately stopped play and skated over to Terry, who lay motionless on the ice. He yelled for medical help. Players from both teams gathered around Terry, feeling helpless, knowing all they could do was offer him words of encouragement.

Everyone in the arena stood, shocked at the sight of Terry lying there with no movement. The entire arena was silent, as everyone waited for some sign that he was okay.

They brought Terry's father on the ice as paramedics arrived.

For almost thirty minutes, there was not a sound in the arena other than soft whispers and prayers. With great care for Terry, the paramedics placed him on a backboard and lifted him onto a stretcher.

The silence in the arena was broken, when Terry motioned with his right hand letting everyone know he was okay. The arena erupted with a roar of cheers. Players on both teams accompanied Terry as they took him from the ice. They saluted Terry by banging their hockey sticks on the ice. A long time hockey tradition.

They transported Terry to the nearest hospital, where specialists were already waiting for the young man's arrival. The diagnosis was not a good one. There was damage to his spinal cord that would prevent him from walking ever again.

Over the following months Terry's parents sought specialists in spinal cord injuries; all said the same that he would never walk again.

Most adults would have given up and resigned themselves to a life of never walking, never being able to live their life as they once enjoyed, but not this young man. Terry was a fighter, a strong and determined young man. Each day, he had to endure hours of physical therapy. He was going to prove everyone wrong; he would walk.

As the months passed, one after another, his will to continue weakened. The thought of life in a wheelchair became real. His doctors recommended a motorized wheelchair; it would give him some freedom.

His parents had suffered huge medical expenses and could not afford such a chair. I am a reporter with the Humboldt Courier newspaper. I offered to write an article about Terry's need for a wheelchair.

Although grateful, his parents did not want to bring any more attention to their son.

The cards and well wishes he had received right after the injury eventually slowed and then stopped, along with his will to go on.

They did not want him to go through that again. Humboldt is a small town in Saskatchewan. Everyone knows everyone. The fact Terry needed a special wheelchair was all over town.

About two weeks after I had spoken with his parents, my son came home after visiting Terry. He told me Terry's mother heard a knock on their front door. When she opened it, she saw a black car pulling away from the curb.

When she looked down. There was a small package wrapped in brown paper and tied with a string. There were no stamps, no return address. Written on the package was "Terry."

She gave it to Terry to open. Inside they found twenty thousand dollars in cash wrapped with a rubber band and a note that said, "For medical bills."

And a small black leather notebook that someone had written in bold blue ink on the inside cover, "I believe in you. Believe in yourself." On the very last page the good Samaritan wrote, "The power of faith and a true belief in yourself will overcome the greatest of life's barriers. One day you will be the proof."

The money helped his parents get the chair he needed. The notebook and the words of encouragement brought a new life to Terry. From that day forward, he worked with a new determination towards his physical therapy.

Each day he wrote in his book of his progress, always ending each page with the words, "I believe."

The last entry Terry made was on the last page of his notebook, just below the words the sender had written.

Terry wrote, "Your words of belief came at a time most needed. Thanks to you, I found belief in myself, and today, I walked with no one's help, and I will for the rest of my life."


A person like Terry overcame a life in a wheelchair. Because of the love and care of a stranger and his own desire to walk.

Thank you so much for taking the time to read this story.

I hope you liked it!


© Copyright 2023. Richard Frohm All rights reserved.
Richard Frohm has granted FanStory.com, its affiliates and its syndicates non-exclusive rights to display this work.
Don't miss one of our own....
Read Kaiku