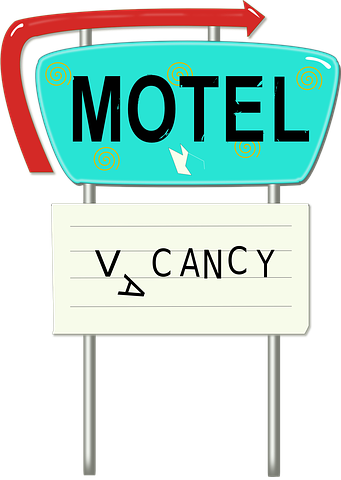 I could tell the truck driver was an honest man, and tried to put him at ease. "I will pay for your parking fine, sir, for a bit of information. We have reason to believe your hitchhiker may know something about a double homicide in Frontier County where the remains of two men were pulled from the Vermilion River. Did you happen to pick up your hitchhiker in that area?"

"Yes...! He told me his fishing boat had capsized."

"Do you know where he is? We'd like to bring him in for questioning."

The trucker's undigested buffet was next, and hit the ground, a little bit too close to my boots.

The Africa-hot day kept Analiese Irving indoors, dining in her office at The Fountain Gallery. July and the very mention of Tony Alfanzi made her staff run for cover. She had just taken a bite of the chilled tofu salad when the intercom blared. Buzz...Buzz...Buzz!

"This better be important," she snapped.

The curator didn't wait to swallow the soybean curd. "Why are you calling me on this line, Tony? Where is your head?"

"On you, my darling.... I'm sorry to say, I don't have my cell or time to flirt. I had a little accident and need your help. Wire money to the Western Union in River Ridge, Louisiana, under my alias, Anthony Fabio. Once I get checked into this fleabag of a motel, I will either have to rob a clothesline or go shopping."

"Seriously? I need you back here, Tony. I had a visit this morning from a cop, Detective Jackson Law. His wife is a cop too--the heiress of the Andre Dupree art fortune."

"What? The Blind Girl's husband was there... this morning?"

"Yes, he just left. I have you to thank for this, Alfanzi, I just know it!"

"The oil painting, Calla Lillies, went for three million dollars at my latest auction. The painting somehow disappeared from the new owner's residence as soon as the old man locked it in his safe and retired to bed with a hot toddy. The FBI is launching an investigation! Tony, you can't leave me here to handle this mess...!"

Stabbing the salad violently with her fork, she wished it was Tony Alfanzi. "I can't believe I was once married to him!" Blind with fury, Analiese threw the salad against the wall, then picked up her cell phone.

In Frontier County, Dr. Marie MacLavish and Detective Mike Lembowsky worked side by side with the Sheriff's office, combing the Ford sedan for evidence. Along for the hands-on training were some of Sheriff Holt's newest deputies.

Experienced in CSI procedures, Detective Lembowsky trained as he went in the technical gathering of evidence.

"Trace evidence is crucial, as it oftentimes connects the other evidence, painting a larger picture," explained the detective. "Also in this category is gun shot residue, accelerant, paint, soil, sand, glass, and fibers. Pinpointing the type of weapon used in a crime, and/or firearm, is key. The gun powder patterns tell us how the gun was fired and from what angle. Fingerprints or partial prints can be found on bullets, fragments, pellets, wadding, and cartridges."

The Jersey-born detective thumbed through the manual for a picture as he continued, "From my initial findings, it looks like a .38 Special was used on both victims. However, the ballistic specialist will confirm this, typically within a few hours."

Doctor M led the forensic biology gathering of all blood, body fluids, hair, nail scrapings, blood stain splatter, and drip patterns, as her husband Alan marked them with proficiency. By lunchtime, the group was amazed by what they were able to recover from the sunken car. Blood mixed with facial hair, trapped in the glass of the passenger side window had already been sent out by courier.

Detective Lembowsky left the session with an encouraging word.

"Great work today, everyone! We gathered quite a bit from the car and trunk. If I leave you with anything today, it's this: Always examine in groups of twos, as it will leave less margin for error. Lastly, I've designated Alan MacLavish as the processor of today's crime scene. Turn in all your evidence to him along with your unused kits."

The warm weather drove Detective Lembowsky to a piece of paradise offered in the shade. Sheriff Holt followed, bearing a cold orange soda. "Never have I felt so understaffed and ill-prepared," he said, twisting off the bottle cap. "Here you go."

"Thanks. I forget to drink when I'm processing a crime scene," admitted Detective Lembowsky.

"Mike, what else do you know about this? It would really help me wrap my brain around this horrific crime."

Detective Lembowsky took a long swig of the tart drink and wiped his brow. "It's the weirdest thing. My team left for New Orleans by way of River Ridge to investigate a decades-old missing person's case. It seems like evil forces have been chasing my lead detective, Sally Law, from the get go, all because she chose to sell one of her uncle's paintings. Now that I am sitting here with you, I'm gaining clarity."

"Things don't always happen in the order we think they should. Maybe we're supposed to solve this case too. How could we not when it's been thrown right in front of us?"

"Two men shot execution style, found in a sunken car, has a way of getting one's attention," said the Sheriff.

Detective Lembowsky inquired, "Any leads on the missing man?"

"Just some CB chatter. I sent it out on the police wire about an hour ago. One trucker picked up a hitchhiker fifteen miles from here; another oil rig picked up someone twenty miles out. I haven't had any responses."

"Send it out again, Sheriff, to the bordering states. These truckers drive without stopping and pick up all sorts of criminals without hesitation."

Suddenly the conversation was interrupted by sights and sounds that left them gaping: a man and a woman traipsing nude through the brush.

"I told you this was a bad idea, Rick!" The woman held a large palm frond in front of her, trying not to blush to her fingertips. "I totally blame him, officers, for this romantic getaway fiasco!" Stopping to scratch the welts on her arms, she continued, "'Let's go skinny dipping,' he said. 'Our clothes will be perfectly safe.' Ha! We were robbed... in the middle of nowhere! Not even a wet match was left!"

Sheriff Holt's team circled them with blankets while Detective Mike Lembowsky broke up the quarrel. "You're safe now. Let's get you both checked out; and once you've been hydrated, I will take your statements." The newlyweds suddenly quieted when they saw the crime scene tape, and two bodies covered with a tarp.

"Officer, were we in danger?" The lovers drew together and embraced.

"Most likely. This is an active crime scene with a missing person at large. You may have been robbed by the man we are looking for," said the detective. "Be glad you were spared."

Poor Dwayne Cooper apologized to me over and over, offering to pay for my boots. "They are waterproof," I said, as I doused them with bottled water. "Look... good as new!"

The Texas trucker obligingly gave us the account of his eventful morning and description of the man he picked up near the Vermilion River.

"He has a medium build, trim, dark hair and eyes, and had a good amount of stubble. I'd say he's about your height, ma'am, 5' 10" or so. There was a wound on his left hand, still red and swollen. I offered him some ointment, and he accepted."

"Anything else noticeable?" I asked. "Scars, birthmarks, piercings, or tattoos?"

"Yes, the name Ana was tattooed on his left wrist."

"What was he wearing?"

"Well-worn blue jeans, T-shirt, boots, and one of my Texas Rangers' caps in dark blue."

"We'll need to dust the truck for prints," said Lieutenant Miles Jean-Baptiste. "I assume he touched the usual things."

"Yes, he did. Also the glove compartment, first-aid kit, and he even fiddled with the CB radio."

"May I have your truck keys?" asked Jean-Baptiste. "Samson and I will need to take a look."

"We'll take it from here, Mr. Cooper. Madame Detective, will you do the honors? I can imagine it's been awhile since you were behind the wheel."

Before I could resist, Suzy took my tote and reached for King's leash. "Mr. Cooper and I will find some shade in the motel lobby, Sal. I'm calling Jackson to let him know what's going on. By the way, where is he?"

"The Fountain Gallery in New Orleans. I expect him back any moment." I pressed my smart watch for the time, surprised it was already 1:30! I released King with a good petting and a command. "Protect Suzy and Mr. Cooper while I go to work."

Sheriff Henry sensed my concern and announced he would guard the motel area while we gathered evidence.

It was quite thrilling to be in the driver's seat of a rig. My gloved hands started the engine and a burst of cold air ensued.

Lieutenant Jean-Baptiste situated me in the cushy seat before closing the door. The passenger side door opened and Samson made himself comfortable in the rear compartment and began sniffing. Miles dusted the cab for prints, then examined the ash tray and picked through the trash. Last was the area underneath the passenger's seat. "What have we here? A .38 Special?"

"It may be Big D's," I assured. "Most truckers are registered handgun owners."

Jean-Baptiste examined the handgun thoroughly and opened the chamber. "It's wet, Madame Detective, with only one bullet remaining. Also, if this belonged to Mr. Cooper, it would be within his reach."

"So... the law enforcement alert we received was spot on," I said. "This could be the missing man from the Vermilion River."

I leaned forward and felt underneath the driver's seat, and as suspected, there was another handgun in a Velcro holder. "Come around, Miles, and handle this for me."

He did as I asked, and released the holstered .45 from the Velcro, finding the permit inside. "It's registered to Dwayne R. Cooper of Austin, Texas."

The lieutenant and I had found enough evidence to warrant concern. "I'm calling NOPD for SWAT backup, Miles. Secure the area until we have more support for a door-to-door search."

Criminal mastermind, Tony Alfanzi, a.k.a., Anthony Fabio, and street name: Tony the Tiger. Likes to work alone unless it suits him to do otherwise. He has recently set his sights on The Blind Girl and her fortune.

Analiese Irving: Curator of The Fountain Gallery in New Orleans.


Art from pixabay.com
Pays one point and 2 member cents.