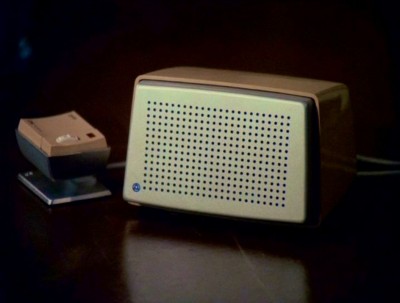 The last rays of the summer sun were disappearing below the
horizon as Charlie boarded the train. He spotted a seat among
three young women. "May I?"

The blonde answered, "Sure." He slid his briefcase under
the seat and sat down. Shortly after leaving, he struck up a
conversation and found out they were recent LA police academy
graduates, Jill, Sabrina and Kelly. They were taking a short
vacation before their first assignments.

Jill and Kelly excused themselves, going opposite directions, one
for coffee, one for the powder room.

Moments later, there was commotion atop the train and three
men, brandishing weapons, entered through the skyview window
as the helicopter flew off. Charlie knew what they wanted...the
highly sensitive contents of his briefcase.

Two men guarded the entrances as the leader confronted Charlie.
With a .45 under Charlie's chin, he said, "Give it up...or die."

That's when Jill came through the door. Before the gunman
could even react, she flung the coffee in his face, snatched his
shotgun away and blew his brains all over the ceiling with it.

At the same time, Kelly entered through the opposite door. Before
her assailant could even turn around, she yanked him backwards,
slammed the door on his throat, then savagely kicked his skull
until his neck snapped.

While watching the madness, Sabrina jumped up, head-butted
the leader, bent his arm, crammed his own .45 in his mouth and
pulled the trigger.

After the whole ordeal, Charlie broke the silence. "You ladies
saved my life...and did it with such expertise. My agency needs
such expertise. I can offer you ten times the amount you'd earn
if you'd rather come work for me." Handing them a card, he
said, "Just get ahold of my assistant, Bosley. When he asks,
just tell him...you're Charlie's angels."