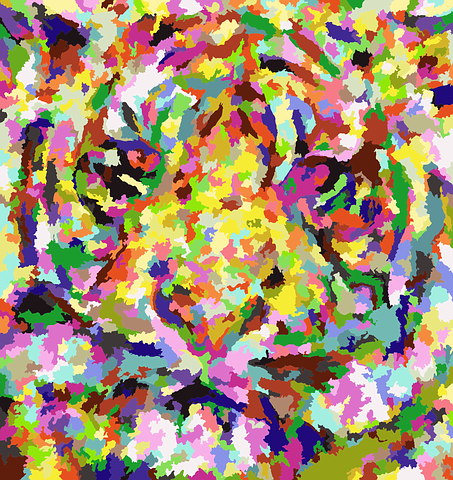 The painting was given a fine introduction, almost too wonderful. "One in a coveted collection by the famed Louisiana artist and painter of florals, Andre Charles Dupree. We don't know if we will ever see anything of this magnitude again in the near future."

"Sold to the gentleman in the back for three million dollars!"

Jackson lifted my chin and closed my mouth.

The scene at the Vermilion River was something primitive and wild.

Sergeant Dina Ray's eyes were focused on the nearest thing to her--the sedan disappearing underneath the murky waters, with the driver, unmoving, still humped over the wheel.

Looking past the sinking car, she caught sight of the other man, who had made it to the river's edge; falling onto the craggy shore. Relieved, she continued swimming towards the sinking heap.

A loud gurgling sound ensued, creating a vortex that almost pulled her in as the car went down. "Oh, Lord...." Stroking backwards with all her might, she grabbed hold of a rock in the middle of the waterway.

The brave sergeant was relieved for the man who'd survived, but sickened by the certain fate of the other. Wiping her face, she looked again as the setting sun danced like diamonds upon the illusionary waters. But the man on the shore was gone as far as she could tell.

Tony Alfanzi made his way through the woods--drenched--and scolding himself. But, being the big cat that he was, he landed on his feet.

"If I'm going to get to The Blind Girl and her art fortune, I'll need to give up my reckless ways. A tiger is patient, knowing when to strike."

Voices and shouting... sirens and beeps... echoed through the forest. The murderer made his way through the dense overgrowth, looking for a place to hide. A campfire flickered in the distance, and the sound of voices drew him farther on. He knew he had time, as the authorities would be distracted by the sunken car and the two men he knew were inside. Miss Hairdo News will finally get the exclusive on missing art curator, Duran Gibbons, locked in the trunk. Oh, she will love me for the rating boost!

After the longest day of my life and the world's fastest auction, I was ready to head back to River Ridge and collapse. It was a simple wish really, but obviously other things were at work to deny me sleep.

Detective Lembowsky pulled Jackson and me aside at the auction's after-party; handing me real coffee. It was rich, dark, and pungent. My taste buds detected an all-nighter coming. Bad news came with the cream and lumps of sugar.

"I hate to break up this celebration, but I just received a call from Lieutenant Harris. You'll never believe what has just transpired back in Louisiana Township!"

I hurried my first sip of the Louisiana pecan roast coffee and set aside my cup and saucer. "Is Janelle all right? Do we need to leave?"

"I'll go," said our lead detective. "You guys are doing such great work on the Camille Jean-Baptiste case. What transpired today is connected to you, Sally, and it's probably best if I handle the situation." He sat me in a nearby chair, obviously trying to word the last piece just so.

I recognized the concerned tone. "Spit it out, Boss. There's no need to sugar it like this coffee you just served me."

"Sorry...." Clearing his throat, he began anew. "A stranger came in the precinct looking for you--a fan of yours, he said. Janelle denied him any information; then he left. Suspicious of the gentleman's motives, Janelle thought to run his license plates; and as suspected, the name didn't match his persona. Sergeant Ray was dispatched to check him out and came upon his sedan about fifteen miles away near the Frontier County line. She pulled the car belonging to Lonnie Hastings over and called for backup. The sedan took off and plunged into the Vermilion River. Long story short, Sergeant Ray dove in to help the two men in the car."

"The doctors are keeping her overnight in the hospital."

"Have they recovered the men?"

"Sergeant Ray thought he'd made it to shore. It's an impenetrable area, thick with overgrowth. Because of the risk at night, the Sheriff is waiting until daybreak to resume the dredging and search the surrounding area."

I shook my head and cried. "Who is this person, and what does he want?"

"We don't know who he is. He turned his face away from the surveillance camera while he was at the precinct. The only plan at the moment is to increase your protection while you are here on the Camille Jean-Baptiste cold case," said Detective Lembowsky. "NOPD has offered to help."

"How long will you be gone?" I asked.

"One day... two at the most. I need to check on Sergeant Ray and bring her some posies for that ridiculously brave thing she did. We could've lost her...."

"Suzy will handle the flowers, a gift from the team. Let me lift that off you," I insisted.

Just as we gathered our things, Annalise Irving came over with the buyer of the painting. He was rather odd, and his handshake said so much. Spencer Whitehead was his name, from Baton Rouge. Maybe it was me... I was beyond tired.

I remembered my upbringing, and offered him my sincere congratulations. "I hope you enjoy the artwork for many years to come, Mr. Whitehead. My uncle's talent is evident in everything he painted."

"Yes... I'm pleased...." I waited for more, but it never came. Is that all the man had to say after dropping three million on me? As I said, maybe it was just me.

As circumstances demanded, our investigative team had to split up for now. Detective Lembowsky hitched a ride back to Lafayette Township with Dr. Marie MacLavish and her hubby; and Jackson drove the rest of us back to River Ridge.

I slept in my evening gown, which was a first for me. Jackson must've covered me up to keep the dive-bombing mosquitoes off my shoulders. I awoke to the sound of my instant messaging alert, vibrating my phone off the nightstand.

I reached over and pushed the button. It was Jackson.

King and I are on a run, then we will be back with a croissant and coffee for you, and that green thingy you like. Lieutenant Jean-Baptiste is sitting outside our motel door reading a book and standing guard. Be back soon, my love. Jackson.

I wanted to go back to sleep, but didn't. I found my exercise mat and got to stretching.

An adversary was about, a tiger of a man. I had to be ready for his advances--body, soul, and spirit. Meanwhile, I had a life to live and cold case to solve.

After breakfast, King and I were going to visit Olivia Henry by ourselves. I still had a piece of the blanket belonging to Camille Jean-Baptiste in my tote bag. Maybe I'd have a breakthrough soon.

Another long day loomed ahead. But I was hopeful, and I had coffee coming... and a green thingy.

Criminal mastermind, Tony Alfanzi, a.k.a., Anthony Fabio, and street name: Tony the Tiger. Likes to work alone unless it suits him to do otherwise. He has recently set his sights on The Blind Girl and her fortune.