Duane Culbertson is a citizen of the universe.
He respects all things natural. By day a scientist, by night a passionate writer. His nocturnal scribblings bring him great joy, a joy he hopes to share with others. [Please visit www.duaneculbertson - more...

He is an accomplished novelist and is currently at the #8 spot on the rankings.

Wolf and friends have to escape a difficult situation

A chapter in the book The Stoneseekers 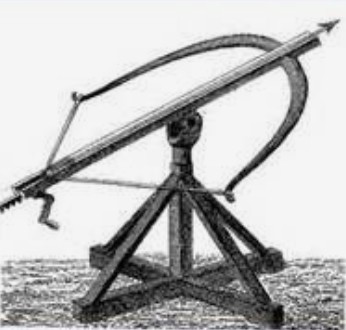 A stone’s throw away, angry Romaanians gathered outside the barracks. Wolf watched with mounting apprehension, fearing the conclusions they would draw. Violence was brewing; soon it would be imminent. He raced inside to tell the others.

Sigfried tore through a closet, discarding fine garments upon the bloody floor. The dwarves argued over something in their native tongue. Wolf did not listen. He took a deep breath and paused to collect his thoughts. The Romaanian bodyguard in the next room still wailed over the body of his chief, an unpleasant distraction.

“We gotta get outta here,” Ralf called. Standing beside the window, he watched the agitated crowd. More people added to its ranks by the second.

“Would you?” Wolf replied. “That bodyguard is consumed by shock and grief. He’ll not lift a finger in our defense. Even if he tried to help, that mob would never listen. Right now, it thirsts for vengeance only, not Justice.”

Uncertain what to do, Virriel stared at Wolf with fear in her eyes. It was the first time he had seen this. The others looked to him too for guidance, and he realized it was his job to lead everyone to safety.

Wolf stooped over the eviscerated man sprawled across the floor. In a supine position, he lay in a pool of his own blood wearing a pained expression of disbelief etched upon his features. Having now overcome his initial revulsion, Wolf was able to search the body more carefully. Sadly, the image of his dying grandfather flashed before his eyes roiling unwanted emotions dwelling within his heart. He still carried grief and guilt about what had happened, and felt, at least, partially responsible. Once again, within the span of the same week, Wolf was about to be blamed for another murder, albeit one he had nothing to do with. He almost laughed. What a world!

“This man's a jeweler!” Wolf exclaimed with joy.

“How can you tell?” Virriel asked.

“His tools are scattered all over the floor. Then, there’s this…”

Wolf pried the fingers apart to reveal a horrid-looking artifact, a stone harboring a graven image of a hideous beast squatting upon its sickly green surface, the color of an angry sea whipped to fury by a foul tempest.

Virriel removed the wand from her cloak and touched the stone. Nothing happened.

“Tears of the Mother!” she swore.

“As I feared,” Wolf said. “It’s the extra forgery. Remember Hulst said that two were made.” With a gloved hand, he slipped the monstrosity into his vest.

Ralf’s jowly face adopted an ashen hue; he turned from the window. “An angry mob approaches.”

“Great!” Sigfried quipped from the bedroom. “I’m sure we’ll get a fair trial. As we all know, there’s no justice like angry mob justice!”

Wolf joined Ralf at the window. The foreman led the group of Romaanians, his followers sharing the outrage expressed upon his countenance. Some had been roused from slumber and milled about in confusion. But others appeared lucid, having the presence of mind to fetch improvised weapons such as mattocks and pitchforks. Some carried actual weapons such as swords, axes, and halberds. Wolf knew their strength was in their numbers, not in their skills, but that would be enough to overwhelm his talented team of Stoneseekers.

“Find something to board up that window, Ralf,” Wolf ordered. “Virriel, can you do anything to stop them?”

“Unlikely,” she lamented. “I need time to regain my powers. I’ll try to think of something though.”

Sigfried’s voice carried from the bedroom. “We can’t search properly with this idiot in our way.

Hysterical with grief, the distraught bodyguard rocked back and forth on the bed, half-crazed, twisting the bloody sheets in his hands. Sigfried was about to strike him over the head with an oil lamp, but Virriel checked his hand.

“I’ve a better way,” she said. Gently, she placed her hand on the man’s shoulder, and he instantly collapsed upon the bed.

“Artful!” exclaimed Sigfried. “Is he dead?”

“No, just sleeping. In his weakened state, he was unable to resist my magic.”

“Zwohl!” Demelza said. She smiled in admiration of Virriel’s powers.  Ketri, however, seemed oddly unimpressed by the display.

The foreman rushed into the cottage with a raised hammer, searching for a victim to slake his rage. Wolf was faster though. In one motion, he unslung his crossbow and squeezed the trigger, firing into the man’s belly. Howling, the foreman fell back, dropping his hammer to clutch his stomach. Wolf followed with a rising font kick, firmly planting a bloody boot-print on the man’s chest, as he sailed out of the cottage. A half-dozen others charged, but Wolf slammed the door shut and threw back the bolt.

“Why’d you do that?” yelled Ketri in an accusing tone.

“One does not plan to talk when holding a hammer aloft,” Wolf spat.

“Talking is certainly out of the question now,” Virriel remarked ruefully.

Furious foreign voices assaulted the cottage with threats and imprecations even Wolf could not understand. Their intentions were clear though.

An axe thudded into the door, the silvery blade penetrating the thick oak clear through to their side. The wooden barrier would not prevent access for long.

“There must be another way out of here,” muttered Wolf. “If that bodyguard had done a competent job, then the assassin must have left the cottage by a different route.”

A hole widened in the center of the door, yielding to the incessant axeblows raining down upon it.

“Ralf!” Wolf ordered. “Kneel here and keep firing crossbow bolts through the hole until I say otherwise. Everyone! Look for a hidden passage or a secret door. There must be one. It’s the only logical explanation. Throw down bookshelves if you have to. We must find it fast!”

Ralf fired through the gap, and a sharp cry pierced the air. Cursing, the axe-wielder fell back to flounder amongst his comrades. Ralf reloaded, his nervous, fumbling fingers dropping the next bolt to be fired on more than one occasion.

“Wolf,” Ketri cried. “Give me your crossbow. I’ll load it for Ralf while he fires.”

Wolf nodded. “Good thinking!” He was overjoyed the dwarf had taken the initiative to follow through on a good idea. That was a perfect example of obeying the chain of command while still being independently resourceful. She would be much more useful helping Ralf than searching for passages, although it occurred to Wolf that the smuggler ought to be the one looking for hiding places instead of firing a crossbow.

Too late now though. It was vital to occupy the thoughts of those assaulting the cottage, else they would gain entrance instantly. The threat of barbed pieces of metal approaching at a high velocity ought to make give them reason to pause, buying the group some much needed time.

Ralf nodded in appreciation, as Ketri sat next to him. Placing her foot in the stirrup, she pulled the drawstring back with both hands. It took nearly all her strength to cock the weapon.

Axeblows came again with a renewed vigor, an indication that a new wielder had taken over for the other. The new axe-man appeared undaunted by the fate of the one he had just replaced. Wolf nodded to Ralf to make the man regret his rashness. The smuggler snatched Wolf’s loaded crossbow from Ketri and fired. There was no challenge to hit a target at this range. Following the swift whistle of the projectile, a howl of agony rose above the clamor of the mob.

“That’ll give ‘em something to think about,” Ketri growled.

“Let’s hope so,” Wolf stated, as he ran into the bedroom. He pushed the bodyguard and the dead crime lord off the blood-stained bed.

The two men stooped and lifted the bedframe, upending the bed. As Wolf suspected, a gaping hole in the floorboards stared back at him like an empty abyss.

“Everyone! Down through the hole,” Wolf commanded. “Virriel, you go first and light the way with your staff.”

Virriel dropped into the cramped space. Crouching slightly, she adopted a swift yet cautious pace.

Not waiting to be told, Sigfried pursued her eagerly. Wolf imagined the boy would probably follow her anywhere.

Just then, Ralf screamed from the other room, a cry born of pain mingled with fear. Wolf popped his head around the corner. An arrow jutted from the smuggler’s right forearm, a lucky shot having struck the inside portion where his bronze bracers were laced together. Wolf picked up the loaded crossbow at the smuggler’s feet. He turned and saw the figure of an archer standing at the violated door, his bowstring drawn, his arrow knocked and ready. Wolf squeezed the trigger. The bolt flew into the archer’s shoulder, causing the man’s shot to fly wide. It thudded into the ceiling next to Wolf’s head.

“To the bedroom!” Wolf barked. “We must get out of their line of fire!”

To his horror, Wolf realized little more than splinters separated them from an angry mob, and his heart thrashed with fear. He felt numb. Paralyzed. It was difficult to think. He knew one thing: he did not wish to be torn apart.

I hope Virriel is clearing a path to safety.

Wolf pushed the jeweler’s desk in front of the door. It would not hold them, but could buy them some time. He stepped into the bedroom just in time to see Ketri’s battle triage skills.
She tore the arrow from Ralf’s arm. Blood blossomed from the puncture wound, and the Smuggler’s face adopted a sickly shade of green.

“This is no time for tending wounds!” Wolf shouted. “Demelza, cover our retreat!”

“My pleasure,” she said with a chilling smile. Adopting a fierce growl, she recited her dwarven war chants.

Could she be enjoying this?

Wolf checked to see that the forgery was still in his pocket then leapt into the hole after Ralf and Ketri.


© Copyright 2021. duaneculbertson All rights reserved.
duaneculbertson has granted FanStory.com, its affiliates and its syndicates non-exclusive rights to display this work.


How to Outwit a Helicopter Mom
Lawnmower to the rescue: let her roll!

Pays: 10 points. and 84 member cents
Copyright © 2000 - 2021 FanStory.com. All rights reserved. Terms under which this service is provided to you. Our privacy statement.
top
You Have No Rank
Share 4 posts to be ranked.