Fishing in a small boat on the ocean can be dangerous 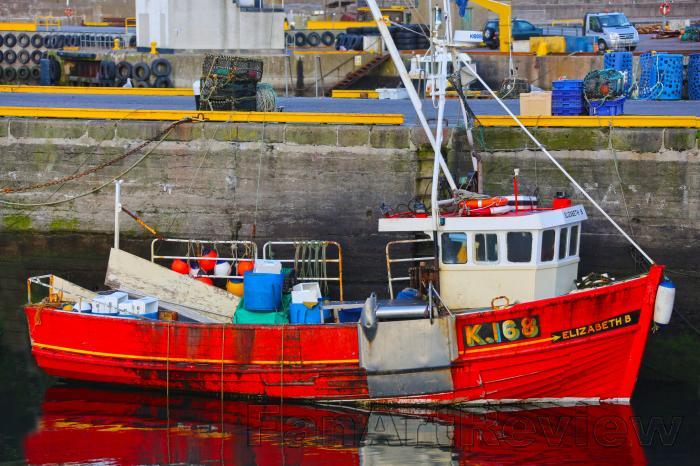 The last time I saw Charlie he was hunched over the cleaning table in the cockpit of the F/V Resolute. He was wearing a pair of dark green Helly Hanson rain pants, a pair of neoprene boots and a blue and yellow plaid flannel shirt with his sleeves rolled up to the elbows. The curly dark hair on his arm was matted down, wet with salt water and fish blood that clung in clumps as it coagulated in the open air. He was sporting a pair of Vinylove orange vinyl gloves and was holding a cleaning knife in his right hand while opening the stomach cavity of a large King Salmon. He was scraping the backbone free of innards. A huge smile broke across his handsome young face and it was obvious that he felt like he'd died and gone to heaven. While some people would consider cleaning fish on the back of an old wooden boat drudgery, Charlie couldn't think of any place he'd rather be.

The Resolute was an old troller, with wooden outriggers and hydraulic gurdies to pull the stainless wires in and out of the water. There were four hydraulic gurdies that worked like large fishing reels, and each one held fifty fathoms of wire. with brass spacers two fathoms apart. As the gurdies were engaged for the first time each day, first a thirty five pound cannonball would enter the water, followed by ten leaders spaced every two fathoms to keep them from tangling. Each leader was made up of several fathoms of 100 pound test monofilament line attached to a salmon lure, like a spoon, or perhaps having a rotating flasher with a plastic octopus behind it called a hoochie. As the cannonball descended into the deep, clear ocean water, he would attach another leader until it was as deep as he wanted it to be. Then he would hook on a float bag to keep the gear afloat and let out ten or so fathoms behind the boat. He would lock the gurdie and set down the other cannonball, the heavy, so named because it weighed in at fifty pounds. He went through the same process attaching leaders two fathoms apart until they reached the desired depth and then hung on the wooden outriggers. He then went to the other side of the boat and went through the whole process. When a fish would bite, the outriggers would start to shake and Charlie would engage the gurdy and pull the wire in, unsnapping each leader as it came up until he got to the one with the fish on it. Then he would carefully pull the leader in, hand over hand until he could clasp the line close to the fish, and after seeing where and how well the fish was hooked, he would raise a gaff hook and stun the fish with a severe blow to the top of the head. Then he would turn the gaff over and use the stainless steel hook to pull the fish on board. After the fish was unhooked, he put the gear back in the water, one leader at a time.

We were in a bit of a lump out on the ocean with a steady fifteen knot wind blowing out of the west and five foot seas making the boat roll in the trough. Time and again I had warned Charlie about the dangers of staying away from the hooks as they were going down to the deep. It was only one of the many dangers that could befall a fisherman. The deck was wet and slippery with blood, slime and saltwater. Leaning too far out over the stern could cause a fellow to fall in. The long hours out on the boat and the constant stress of trying to work in a rolling environment wears on a body, even a young one. More than one poor devil had been pitched overboard trying to get from the cockpit to the wheel house when the seas were rowdy.

There were other dangers too. I had heard of one old salt who had brought a large Pacific halibut into the cockpit with him. The halibut started thrashing around and broke his leg. The poor fellow couldn't get out of the cockpit to call for help on the radio. When he didn't show up in the anchorage after a few days, a few of his fellow fishermen went looking for him. They found the boat, the engine still engaged, traveling down the coast with the captain and his catch both in the cockpit, dead.

"Charlie! Put the fish in the kill box for now. We'll ice them after you eat. You need to keep your strength up.!"
No response.
"Charlie!"
Was he down in the fish hold?
"Charlie! Chaarrrliee!"

Panic seized me as my mind thought a million thoughts as I went over various disastrous scenarios. I put the boat on autopilot and ran back to the cockpit. The starboard gurdie was running, letting down the heavy. I saw that there were two leaders hanging over the stern of the boat and had a pretty good idea of what had happened.

I reached under the gurdy platform and grabbed a big orange buoy and tossed it over, in case I had to circle around to find a body. I stopped the gurdy and engaged it to start pulling up the heavy. It was struggling to pull the wire and was jumping at the strain. The hydraulic motor was whining with the stress, so I increased the throttle and slowly started regaining wire. In an alarmed state I started helping the gurdy, grabbing the wire and manually pulling it up. Finally, after what seemed like an eternity, I saw the unmistakable plaid design of a flannel shirt coming at me from below. His right arm was out in front of him and I could see the hook from the salmon spoon protruding from his hand. The 100 pound test leader was stretched tight and I was sure it was going to break before I ever got a chance to get to him. When he surfaced, he was limp and his face was white. His cap was gone and his hair floated in the surf. I was by myself on the boat and didn't know how I was going to get him aboard. One thing was certain, he couldn't stay in the water. Lacking any winch or other mechanical device, I had no choice but to grab the salmon gaff. I buried it in his shoulder and pulled with all my might. The adrenaline had kicked in and miraculously I managed to haul him into the cockpit, much like a big halibut.

There wasn't room to work in the cockpit, so I yarded the gaff out of his shoulder and, grabbing him under both arms hoisted him onto the upper deck. I expected to see blood pouring from his wound, but the water was cold and seemed to staunch the flow somewhat. While he was on his back I started CPR, praying and crying and cursing. Why hadn't I heard him call out when he went over? I heard a gurgling sound and Charlie leaned over and puked up what looked like a gallon of seawater and started gasping for breath. I left him alone on the deck long enough to make a call to the coast guard for assistance, watching him through the open door the whole time I was on the radio.

The orange and white chopper came into view about thirty minutes after the call, approaching fast with a deafening roar. They lowered a basket and I helped Charlie get into it. A few minutes later he was being hoisted up into the helo, into the waiting hands of the crewmen. I watched as the coast guard charged back towards Juneau, where he would spend three days and nights recovering from his ordeal.

He spoke to me from his hospital bed a few days after the accident.
" What happened Tom? I remember letting down the gear and getting hooked, and the rest is a blur. And what about this hole in my shoulder? My God that hurts!"

"It's a long story Charlie. When you get out of the hospital we'll talk about it. Meanwhile I'm going to have to gear up and get back out to the grounds. The season is winding down and I need to make some more money."

"When I get out, can I crew with you again captain?. I was having fun until the last."

The letters F/V designate a fishing vessel. M/V designates a motor vessel. An S/V would designate a sailing vessel. Fishing is considered one of the most dangerous professions in the country. The hours are long, the work is hard and the weather can be difficult. Fishermen battle the stress of the work, the fear of a poor season or a breakdown, and because the season in Alaska is so short, the men and women who man the boats sometimes take risks they shouldn't. They don't always come home.
Pays one point and 2 member cents.

Artwork by William Runcie at FanArtReview.com