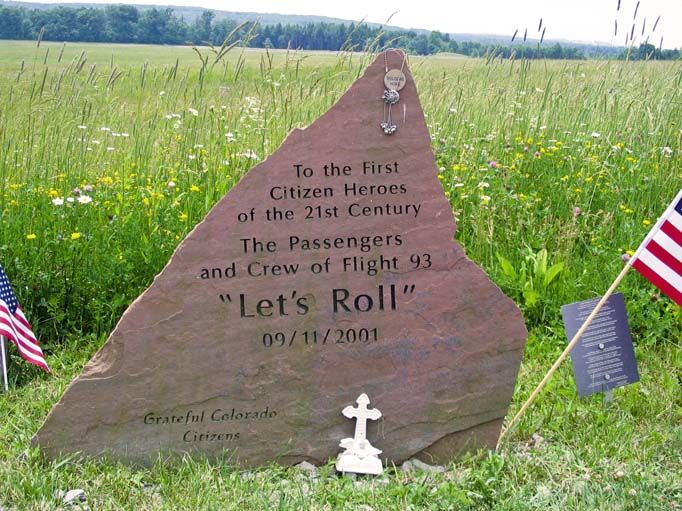 On September 11, 2001, Al Qaeda hijacked three airliners, crashing into the World Trade Center Towers and the Pentagon. It was the deadliest terrorist attack in U.S. history.

At 9:30, a stewardess reported Flight 93 as being hijacked with a possible bomb aboard.

A few aisles away, Tom called his wife, repeating her news about hijackings to the guys. He told her they were voting on a plan. Quietly, he said, “We’re going to die. I’ve got to do something.” He paused, said, “I love you,” and hung up.

Tom, Mark, Jeremy, and Todd charged the terrorists, overtaking them before ramming the cockpit door.

Inside the cockpit, the terrorists were undecisive; yelling, arguing, rolling the plane side to side, and finally, nosediving, sealing the fate of Flight 93 for everyone.