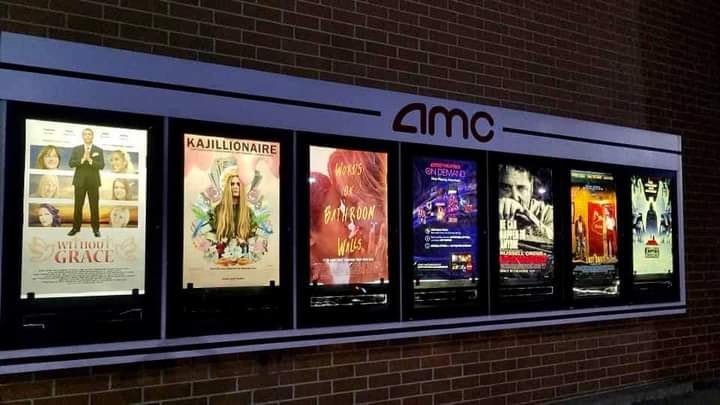 Yards and yards of white tulle decorated with an abundance of flowers and tiny fairy lights are strategically placed throughout the banquet hall. Linen cloths cover the dinner tables; sapphire blue-trimmed plates and matching wine goblets are perfectly placed. A gorgeous wedding cake surrounded by blue and white cupcakes, mints, nuts, and other tempting treats adorns another table. The bride, stunning in a beaded, off-the-shoulder gown, chats with friends while the groom "paces" near-by. Small groups of finely-dressed people dot the dance floor. High-powered lights tower at the room's edge with operators close by, waiting.

Five men huddle together, black ball caps shade their eyes; some nod, others voicing disagreement. One young man, holding a small tv screen, speaks and everyone listens. He walks back to the Director's chair. Someone calls "quiet on set" and the camera begins to roll.

It's the last day of filming; the last scene. The bride and groom gracefully glide across the dance floor. A bridesmaid urges the couple to cut the cake. Family and friends gather around, laughing and cheering. The bride wrinkles her nose but accepts the first piece; frosting covers her fingers. The groom heckles her; a definite mistake. She retaliates; smashing the cake into his face. Laughter erupts!

The five guys huddle intently focused on the small tv screen. The Director smiles and nods. Someone yells "It's a wrap." Clapping and joyful cheering explodes from actors, the extras, the crew, and family and friends. The accumulation of long hours, hard work, and imagination are wrapped up, on film, and ready for the next step; the big screen.

My title is Production Design but I'm better known as Mom. I scoured every thrift store, garage sale, or online site to find the required props. Before filming began, scenes needed to be set-up; props staged. Ask the entire production and my job meant catering their meals every day. I remained on the sidelines but still felt as if I was a very important piece of the puzzle.

I couldn't be prouder.

My son was living his dream. Not only had he written the screenplay (walking not in but near his mom's footsteps) he had directed and produced it. Now despite all the Covid restrictions, his film, "Without Grace" would be shown on AMC's big screen.

Explaining my emotions over his success is difficult. I'm proud; what mother wouldn't be?

Being a constant sounding board, encouraging him, praying for a break, and understanding the difficult path he'd chosen was often as depressing as it was uplifting. Knowing the struggles, the heartbreak, the sweat and tears, the long nights writing after working a full-time job, and all the tattered dreams that came before this moment, was a challenge. Seeing Matthew Cichella and "Without Grace" in lights overwhelmed me. My heart wasn't big enough to hold the love and pride I felt for him. I imagine that's why my eyes kept leaking; tears of joy.

The culmination of his awesome journey was winning "Best Picture" at the New York Film Festival and the call of all calls; a film company wanting to buy his film for North America Distribution.


My son was always proud of my writing and encouraged me to keep at it. When he started writing scripts, I was overjoyed. When his break finally happened, I was overjoyed. In September 2019, he started filming "Without Grace", a faith-based movie, loosely written about his struggles after losing the love of his life. It had comedy and tragedy, but mostly it had his heart.
Pays one point and 2 member cents.